But it does not mean that she is free 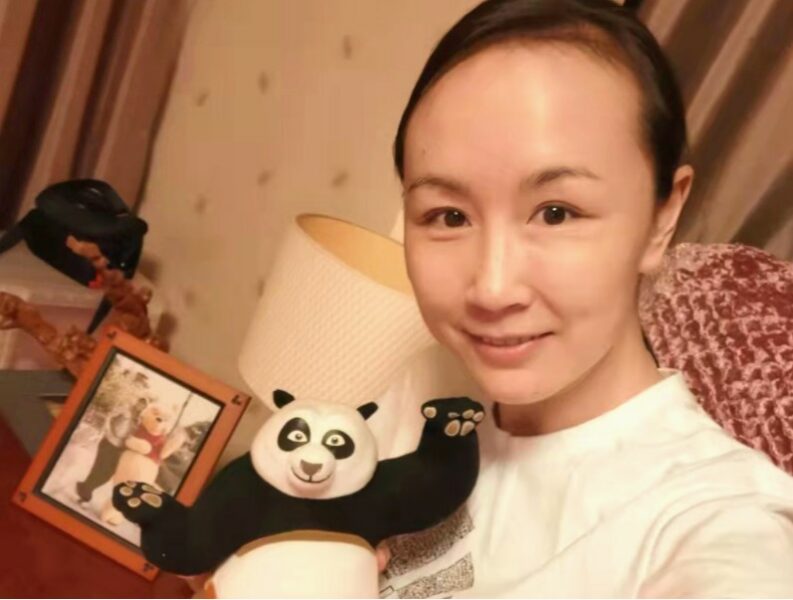 One of the three photos posted on Peng Shuai's WeChat update. Image via Shen Shiwei on Twitter.

Chinese Tennis star Peng Shuai, who was missing for over 10 days after making a sexual assault allegation against former Chinese Communist Party leader Zhuang Gaoli, has reappeared on a number of video clips released by Chinese state-owned media outlets and recently had a video call with key members of the International Olympic Committee (IOC).

The meeting took place after the #WhereIsPengShuai? campaign sparked a global outcry, with many prominent sports stars demanding to know the whereabouts of their colleague.

According to the IOC press release, the half an hour video call, which took place on November 21, 2021, was attended by IOC president Thomas Bach, the Chair of IOC Athletes’ Commission Emma Terho and IOC member in China Li Lingwei. In the video meeting, Peng Shuai thanked the IOC for its concern about her well-being and explained that she is safe and well at home in Beijing. She asked to ‘have her privacy respected’.

The IOC seems to believe that Peng Shuai was not coerced into taking the call. Emma Terho was quoted in the press release:

I was relieved to see that Peng Shuai was doing fine, which was our main concern. She appeared to be relaxed. I offered her our support and to stay in touch at any time of her convenience, which she obviously appreciated.

Before this video call, several state-owned Chinese media outlets had attempted to prove that Peng Shuai was safe.

On November 18, China-owned cable TV CGTN published an email (see attached tweet below) allegedly written by Peng Shuai, who rebuked the description of her testimony on Weibo as a sexual assault allegation. Yet, given CGTN's notorious record of airing forced TV confessions made by human rights activists on crimes they did not commit, the news has invited skepticism. Twitter user @Superode1 used a typical scam email written by  another “Peng Shuai” to mock at CGTN:

Chinese tennis star Peng Shuai just sent me an email. What should I do? pic.twitter.com/dooP0NJl8Q

Steve Simon, chairman of the Women's Tennis Association (WTA), was not convinced that the email came from Peng and said it “only raises” his concerns about Peng's safety. WTA issued a statement on November 14 calling for an open and transparent investigation into Peng's sexual-assault allegation. They said Peng's well-being is ‘bigger than business’ and threatened to withdraw all tournaments from China unless the matter was appropriately investigated and Peng's safety was assured.

After publishing the unconvincing email, on November 19, Shen Shiwei, an editor from CGTN, reported on Twitter that Peng had uploaded three photos on her WeChat to prove that she had a ‘happy weekend’. Yet, some netizens had a different reading of the photos as Twitter user @Lucky_clover highlighted:

Peng Shuai彭帥 used this photo to imply that she is being controlled by the Kung Fu Panda功夫貓熊 (according to one of the CCP’s mouthpiece Global Net環球網 on May 25, 2020, Kung Fu Panda=CCP-China).

Winnie the Pooh (known all over the world = Xi Jinping) is the one behind it. pic.twitter.com/C2scO6Wuqh

Xiong Mao or panda 熊貓 is an acronym for the National Security Police as both are called Guobao (國保 or 國寶), which can mean national protector or national treasure.  Netizens often refer to the Chinese President Xi Jinping as Winnie the Pooh.

Then Hu Xijin, the chief editor from the Chinese state media outlet Global Times, answered the call, releasing video clips (see attached tweet) showing Peng Shuai having a meal with her coach and friends on November 21 (Beijing time). But as pointed out by Peter Dahlin, a Swedish human rights activist who had been tortured in China and forced to falsely confess to a series of crimes on television, the video clips cannot prove anything:

And here is lawyer #WangYu having tea in a garden cafe in her own CCTV-aired “free talk”, except, of yeah…, it was a forced TV confession secure via months of torture, while disappeared and held incommunicado at a secret location… @HuXijin_GT pic.twitter.com/hsqF4PG1wt

Chinese human rights lawyer Wang Yu is another victim of forced TV confession. Wang was detained in 2015 and was charged with state subversion, a political crime that could lead to life imprisonment. In August 2016, she was released after she confessed in a video that she was being used by foreign forces, which was published via Hong Kong-based Phoenix TV and Oriental Daily news.

Can any girl fake such sunny smile under pressure? Those who suspect Peng Shuai is under duress, how dark they must be inside. There must be many many forced political performances in their countries. pic.twitter.com/2oDOghBTvA

The half-hour video chat with the International Olympic Committee was another attempt to prove that Peng Shuai is alive and healthy. But a WTA spokesperson told the press via an email that the videos did not alleviate their concern:

It was good to see Peng Shuai in recent videos, but they don't alleviate or address the WTA's concern about her well-being and ability to communicate without censorship or coercion…This video does not change our call for a full, fair and transparent investigation, without censorship, into her allegation of sexual assault, which is the issue that gave rise to our initial concern.

Meanwhile, many took aim at the IOC, after representatives claimed they were ‘relieved’ after the 30-minute video call with Peng Shuai:

This is dodgy move. We already know that #PengShuai is alive. But she can not talk about her allegations freely. And the #IOC is being heavily criticized for awarding the #Beijing2022 Olympics to China. I would consider Bach's video call a form of whitewashing of the Xi regime. https://t.co/LyYSrQyWHF

The IOC probably would've accepted a cardboard cutout of Peng Shuai and an AI voice if it would mean the Beijing Olympics could move ahead without controversy https://t.co/jZvOZX4yv5