Scott Morrison was criticised for dawdling on key issues 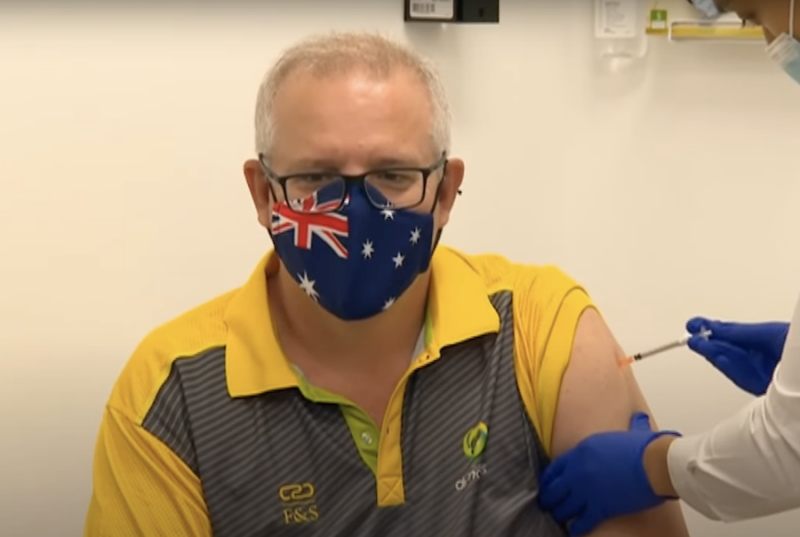 The Australian National Dictionary Centre (ANDC) has chosen ‘strollout’ as its 2021 word of the year in an apparent dig at Australia's slow vaccine rollout. The choice has stirred much controversy online, as many question the politically charged nature of the word.

Our Word of the Year for 2021 is ‘strollout': the slow implementation of the COVID-19 vaccination program in Australia. Read more about our choice and the shortlist here: https://t.co/2pLBnuYkIO pic.twitter.com/IzU5dfFLK0

The leader of the Australian Council of Trade Unions, Sally McManus, has been credited with using the word publicly for the first time in May 2021.

We don’t have a vaccine rollout, we have a vaccine strollout.
Aged and disability care workers were all meant to be vaccinated by now. They are not. It’s less than three weeks until winter – where is the urgency?

Sally credited Assistant Secretary Liam O'Brien for originally using the word, though it's since taken off in pop culture and social media. Comedian Charlie Pickering used it in a satirical video in April, mocking the nation's underwhelming COVID-19 response.

Despite the widespread responses when Sally McManus first tweeted the word in May 2021, some are claiming to have never heard it used, including some high profile media personalities:

I doubt any of Scotty’s media mates have used the word ‘strollout’ because they never criticised the rate of vaccine rollout!https://t.co/wTB3OXewju

Many blamed Prime Minister Scott Morrison for the low vaccine supply, especially during the first half of 2021. Morrison also drew widespread criticism for suggesting the rollout was ‘not a race’, essentially condoning the lackadaisical vaccine rate.

Since then, some of his other policies have been described as a strollout on social media, including his perceived lack of real action over carbon emissions:

Think ‘Strollout’ is a fabulous addition. It describes everything the #Morrison #government does to delay and divert attention from #failure, #discrimination and #crime. The biggest ‘strollout’ is the current fantasy #ClimateAction pamphlet presented at @COP26 by @LiberalAus https://t.co/r72dVdNcE1

Cartoonists thrive on this kind of stoush (an Australianism for fight or argument). Veteran Peter Broelman led the way. His alternative (compound) word of the year, ‘The government is a bunch of heartless climate-denying rorting crooks who only look after themselves’ was too long to fit on a page’, is certainly a mouthful:

The 2020 word of the year was also COVID-19 related. The word, ‘iso’, short for the isolation that comes with lockdowns, aptly described the bleak tone of 2020. ANDC Researcher, Mark Gwynn, explained:

Our fondness for abbreviating words in Australia, and a natural human inclination to make the unknown and scary familiar, quickly saw the descriptive term ‘self-isolation’ shortened to iso in March this year.

Some have taken this to heart and even shortened Prime Minister Scott Morrison's name to Scomo, which his critics have twisted into the Twitter hashtag #Slomo.

This isn't the first time Australia's word of the year has dipped into political territory. The 2016 winner’ democracy sausage‘ was very popular — though not without its share of controversy for being a compound phrase. The ANDC defined it as ‘A barbecued sausage served on a slice of bread, bought at a polling booth sausage sizzle on election day’.