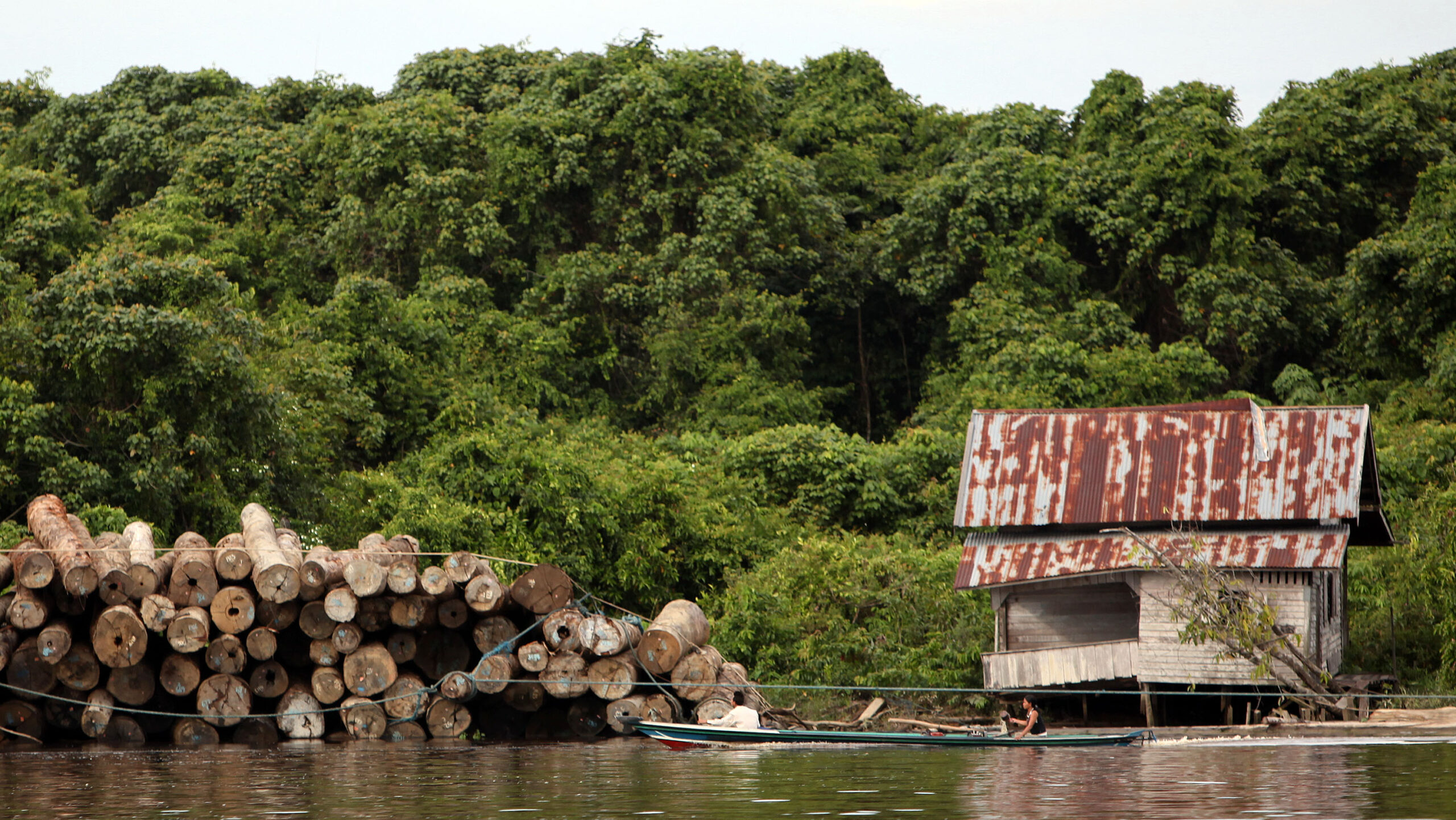 “Kalimantan deforestation and degradation 3″ by DFAT photo library is licensed under CC BY 2.0

The ITE law is famously broad and allows the government to regulate online information in the name of stopping so-called misinformation.

The controversy started on November 2 during the UN Climate Change Conference (COP26), where 141 (as of November 12) signatories, including Jokowi, signed a pledge to end deforestation by 2030. Within days, Indonesia's Environment and Forestry Minister Siti Nurbaya Bakar said the nation would prioritize economic development over the environment and called the pledge unfair, seemingly backtracking on Indonesia's commitment.

That same day, President Jokowi gave a speech at the conference in which he seemed to downplay Indonesia's deforestation history and environmental impact, “Indonesia deforestation data 2019–2020 has been becoming the lowest level since the last two decades,” said Jokowi. “Such achievement is undeniable.”

Greenpeace Indonesia Forest Campaigner M. Iqbal Damanik responded by saying, “It can be said that Jokowi's claims are all nonsense.” And the Greenpeace Indonesia Instagram account released numerous reports and posts debunking Jokowi's claims and contrasting them with long-term data, noting that deforestation more than doubled in the last two decades, going from  2.45 million hectares of forest between 2003–2011 to 4.8 million hectares from 2011–2019.

New research reveals how deforestation threatens the lives of all of us. Regency. Berau, East Kalimantan witnessed a significant increase in temperature during 2002-2018 due to deforestation.

Land clearing and extractive development models have accelerated the impact of the Climate Crisis around us. The option that must be chosen immediately is to protect the remaining forests in Indonesia.

Serious commitment from the government is needed to evaluate policies that occur in natural forest areas. It's time to stop destroying the last stronghold of tropical forests in the world.

In response, Shahab reported the chairmen of Greenpeace Indonesia, Leonard Simanjuntak and Kiki Taufik, to the Polda Metro Jaya, Jakarta's regional police force. He told CNN Indonesia: “Criticism if it's true, it's accurate, it's just criticism. If it's not true, it can be fake news. Yes, (reported using the ITE law) because there are several groups who also feel aggrieved.”

The move drew much criticism online.

Shameful act.
Deforestation esp in Kalimantan is so real, every Indonesian knows. Just wait there's more and more floods on the way.

After the announcement, the Greenpeace activists had to report to the police station. Greenpeace Indonesia campaigner Asep Komarudin told Tempo Indonesia:

We’ve heard about this report from our media partners, and there has been no call from the police. We will deal with this, even though we are now focusing on the climate crisis which requires concrete action from the government.

Shahab has since withdrawn his report to avoid “politicization” and the insinuations that the government does not welcome criticism.