When athletes get political: Support for the Uyghurs ahead of the Beijing Winter Olympics

Some sport stars have spoken out against China, some have not 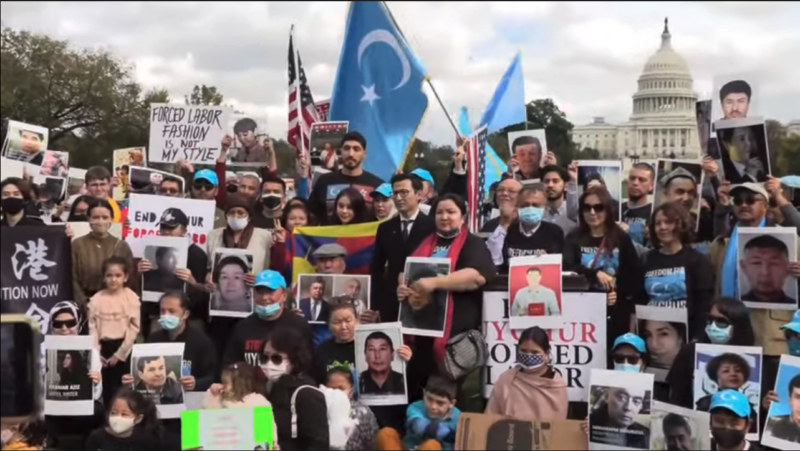 Why would there be a connection between certain sports celebrities and the Uyghur genocide? As China continues to crack down on dissidents and the non-Han Chinese population in its western Xinjiang region, activism and media attention is rising on the Uyghur question, while the Chinese government is adopting textbook propaganda measures to dismiss claims of systemic violence. Reports say that more than one million people are detained in so-called “re-education camps.”

Athletes have increasingly used their platform to shift the public’s attention and influence the agenda of international issues. Despite the perks of wealth and attention, some of the most famous sports stars cannot be at peace when they learn of a tragedy of such a scale.

Enes Kanter, a U.S. basketball player of Turkish descent, is one of them. Now playing in the NBA for the famed Boston Celtics, Kanter used his social media platforms to publicly call for an end to the Uyghur genocide in East Turkestan (the name that Uyghurs prefer for “Xinjiang,” which they consider a Chinese colonial term) with a post and a video on Twitter and Instagram.

Heartless Dictator of China,
XI JINPING and the Communist Party of China.

I am calling you out in front of the whole world.
Close down the SLAVE labor camps and free the UYGHUR people!

In the video, Kanter said:

Two million ethnic minorities in East Turkestan, China, are in concentration camps. It’s something we got to talk about, you know? I’m always going to talk about the real thing.

More vigilance, courage, and dedication are required, he added:

When it doesn’t suit anybody to talk about justice and freedom, that’s when you should talk about it.

In Kanter's video message, he also called on other Muslim athletes to take a stance. He singled out Egyptian professional footballer Mohamed Salah, ex-NBA star Kareem-Abdul Jabbar, British professional boxer Amir Khan, asking them to “say something, do something, speak up!”

In his video message, Kanter reflected on the plight of the Uyghurs, pointing the finger towards the Chinese government.

The Chinese government has been taking sweeping measures to crack down on the Uyghur people, simply because they embrace their own religion, their own culture, language, history, and identity. The Uyghur region has become an open-air prison and surveillance state, where freedoms are non-existent for the Uyghur people. The Chinese government has sent Uyghurs along with Kazakhs, Tajiks, and other Muslim groups to concentration camps for simply applying for a passport, for texting someone overseas, or for believing in anything that does not align with the Chinese Communist Party’s agenda.

In recent years, Uyghurs were able to report their plight on social media platforms, such as TikTok, using secret codes, such as posting photos with their missing relatives in the background and showing the number of missing family members by holding up their fingers. Some tried to expose the tragedy through emojis, a jarring landscape of disintegrated families. Only a few months ago, a video posted across various social media platforms showed an Uyghur teenager who lost her father shouting, “Daddy! Daddy! Daddyyyyyyyy!!!” With just one word, she voiced the grief of so many.

All of these messages were swiftly deleted by state censorship and the account holders were not seen online again. Activists fear they could have been transferred to re-education camps.

The price of truth

In 2019, Mesut Özil, a German football player of Turkish descent, paid a high price for his position on the Uyghur issue. At the time, Özil was playing for Arsenal, in the English Premier League. One bold statement meant that he was effectively blacklisted from his team and football merchandising. On his personal pages on Twitter and Instagram, he wrote:

Qurans are being burnt. Mosques are being shut down. Muslim schools are being banned. Religious scholars are being killed. Brothers are forcefully being sent to camps.

Arsenal immediately distanced itself from Özil’s comments, and Chinese state broadcasters China Central Television and PP Sports responded two days later by removing the match between Arsenal and Manchester City from their TV schedules. Özil’s name and character were removed from Chinese Internet providers and the gaming platform eFootball PES 2020. The Chinese Football Association deemed his comments “unacceptable.” Some have suggested that Özil's eventual release from the Arsenal squad was related to his support for the Uyghur cause.

Some stars prefer to remain silent or profess their ignorance of the Uyghur situation to ensure continued profits from the large Chinese market. In May, former U.S. wrestler and actor John Cena apologized to China for unknowingly referring to Taiwan as a country, contradicting the “One China” policy. Cena gave his apology in both English and Mandarin during the promotional campaign for the film F9.

For years, the NBA, like many other for-profit sports federations, has courted the Chinese market, where it organized games, player visits, and at least one controversial training camp in Xinjiang, with which it cut ties in 2019. NBA players are bound by a contract with the organization, which also affects their public statements. Going against NBA policies could mean a fine for players, staff, or franchise owners.

In 2019, the management of the NBA and Houston Rockets‘ star James Harden apologized to the Chinese government after the team's general manager, Daryl Morey, expressed support for Hong Kong protesters.

Adam Silver, the head of the NBA, said in a radio interview that his organization follows U.S. foreign policy when it comes to its relationship with China.

At the end of the day, we’re a U.S. company and we’re going to follow, you know, American policy towards China.

Turning a blind eye is a choice

Today, the Uyghur genocide is no secret: the stories of those detained can be found in several leaked documents and camp survivors’ memoirs.

Although sparse and tightly controlled, the information is out. Why is there no widespread, strong opposition to Beijing hosting the 2022 Winter Olympics? The reason seems straightforward: There are more John Cenas than Enes Kanters in the world of professional sports.

The choice between standing alongside the Uyghurs and participating in the Beijing Olympics is a striking example of an age-old dilemma—athletes must choose between money and the truth.

Superstars may not able to stop a genocide, but they contribute to silencing opposition to it by distracting the world’s attention and, as in the Uyghur case, by apologizing to the oppressor and participating in their propaganda—and attending the Winter Olympics.

In July, Uyghur leader Rabiye Qadeer expressed her gratitude for the stars who voiced their desire to stop Uyghur genocide:

China is preparing for the Olympics on the one hand, and on the other hand, committing genocide against the Uyghurs. Some are turning a blind eye to the Uyghur genocide just because they are afraid of losing money and glory from the Olympics, and some are afraid of displeasing China. It’s up to the conscience of the people not to take it, but [to] stars like Royce White … [who] has done his job as a star and a human being in the face of a human tragedy today, I congratulate them.

Uyghur activists and those who work to stop the genocide would benefit from the support of world-class athletes joining in their cry for freedom.