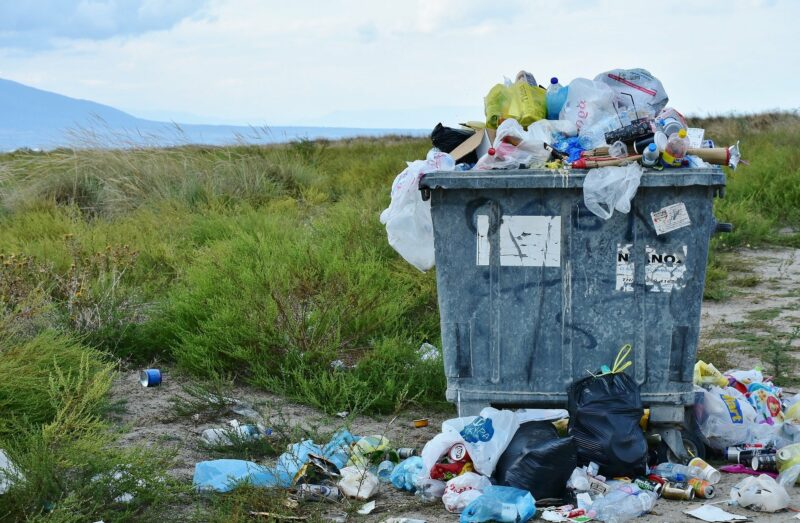 A container full of trash. Image from Pixabay [1]. Licensed under Pixabay. [2]

Istanbul police conducted raids on dozens of waste collector depots last month, allegedly to address potential [3] health hazards, public security concerns, and the employment of unregistered migrants. Some 200 workers were detained [3] in raids that took place at 49 locations [3] in Istanbul in October. According to reports, excavators demolished the depots, and at least three workers were arrested [3]. Police also seized hundreds of hand carts that workers had been using to collect recyclable waste. Similar raids were carried out in September [4] when police raided some 100 depots, seizing 650 hand carts and initiating administrative action against 286 waste collectors, including 145 Afghan migrants. The most recent raid left hundreds [5] of recycling workers unemployed, and many migrants likely face deportation [5].

These raids have happened before [6], but the September and October arrests are seemingly part of an aggressive campaign against waste and recyclable collectors. Istanbul Governor Ali Yerlikaya issued an announcement [7] in August claiming that “unauthorized and unlicensed waste collection and separation activities in the city lead to employment in unregistered and unhealthy conditions, particularly environmental and public health problems, and cause public damage and unfair profits.”

But Mahmut Aytar, a graduate of biology who also collects waste, disagrees. He issued [8] a statement in September on behalf of the waste workers following the raids.

Thanks to the workers, garbage trucks don’t have to make 2-3 rounds a day, but instead collect the trash once. Isn’t what we do a community service? The plastic, and papers we gather do not affect the environment. On the contrary, it helps the environment.

Please know, the only thing that is dirty are our hands. While our hearts are cleaner than everyone else. Our poverty is in our pockets, while our hearts are rich enough to share bread with immigrants, the Roma, the Kurd and the Turk.

The Istanbul governorship said the campaign was meant to curb the employment of undocumented immigrants. During the raids in September, some 140 undocumented Afghan immigrants were detained and sent [9] to a detention facility in Tuzla [10], where unauthorized migrants are held until they are deported. According [11] to Gazete Duvar, an online news platform, “until the 2010s, waste pickers constituted mostly Kurdish migrants and members of the Roma population. Today, however, their presence in the sector is gradually being replaced by Afghan immigrants.”

But some argue [11] that the rise in waste collectors is the responsibility of the nation's leadership, as more and more people fall into this industry due to high unemployment and limited prospects for refugees and migrants. Ali Mendillioğlu, a former waste collector who used to serve as editor-in-chief of Katık, a magazine published by waste collectors, said the job is often a last resort and a matter of survival. He recently told [11] Gazete Duvar, “as long as unemployment and lack of legal work for refugees continues to be a bleeding wound in Turkey, the system will function as is.”

The human recyclers [13] who roam Turkey's city streets with their carts stuffed to the brim with paper, plastic, and cardboard are largely ignored. That is, until they make the news [14], as they did in October and September. No statistical data indicates just how many people work as informal recyclers in Turkey. Though some estimate there are at least 500,000 people [11] in this industry. They are, however, a common sight on the streets of Turkey, where municipal waste recycling is woefully inadequate [15]; among OECD members (the Organisation for Economic Cooperation and Development), it has the lowest recycling rate [16], at 12 percent.

No national legislation recognizes the profession [6] of paper/waste collecting. While these workers see themselves [5] as part of the solution to help Turkey reach its environmental goals, since they are considered part of the informal labor market in the country, there are no regulations in place to protect workers, which leads to tough working conditions. In an interview [11] with Gazete Duvar, Dinçer Mendillioğlu, the president of the Recycling Workers Association, explained that intermediary firms and factories that buy waste off the waste collectors “pay next to nothing” and “reap profit.”

Normally, the handcarts these workers use to collect waste belong to the depot employing them. According to the Turkish newspaper Cumhuriyet, there are some 1,350 depots [17] in Istanbul alone. Workers sort through collected trash at one of the depots. Screenshot from DW Turkish report [18].

Each time a cart is returned to the depot, its content is weighed, and the collector is paid. The average daily income ranges between [19] 60–100 Turkish lire (6–10 US dollars). The handcarts weigh [7] 30 kilograms when empty and 150 kilograms when full. In an interview with BBC Turkey, Ahmet Aytar and Mesut Aytar, two waste collectors, said [19] they walk an average of 40 km a day and make three rounds per day.

In March of this year, Netflix aired a film, “Paper Lives,” that shed [20] light on the lives of waste collectors. The streaming service original provided “a realistic portrayal of the work and lives of the city's recyclers, who come from all different walks of life: men young and old, children, women, and foreign nationals from West Africa, Pakistan, Afghanistan, Syria and elsewhere,” wrote [20] Turkey-based journalist Paul Benjamin Osterlund.

Emine Erdoğan, Turkey's first lady, used Twitter to express her support for the workers, describing them as part of the “Zero Waste Project [21],” which she helped establish with the Ministry of Environment and Urbanization in 2017.

Our workers who collect waste are a part of the #ZeroWaste project. I congratulate the cooperative approach of our Ministry of Environment and Urbanisation and hope they will be an example for all other organisations.

However, some say the sudden crackdown on waste collectors is a direct result of the first lady's project. In an interview with the online news platform Diken, Ali Mendillioğlu said [6] soon after the first lady started talking about her “Zero Waste Project,” work on two separate recycling facilities began in Istanbul. “This signals that the recent crackdown on waste collectors is a matter of profit. These are investments worth millions of dollars. In their statement following the raids, Istanbul's governorship said the raids were carried out to prevent ‘illegal income, stealing Istanbul's garbage, employing illegal immigrant workers and creating security problems.'”

In order to meet EU membership requirements, Turkey had to follow the United Nations Directive on Packing Wastes [25]. Therefore, in 2004 [26] Turkey established additional legal regulations [27] around its waste systems, such as the Law [27] on Packing and Control of Packing Waste. However, in all 17 iterations of this law, the waste collectors have never once been considered in the amendments. In an interview with BBC Turkish, Mendillioğlu said, “No one took into account the fact that not in any EU member state, there are hundreds of thousands of people who make a living from trash and waste. This is unique to Turkey. The decision makers at the time, to this day, pretend that this reality does not exist and continue to implement projects not taking into account these people.”

As Turkey grapples [28] with its environmental future, many waste collectors are wondering how they will fit into this new landscape. Mahmut Aytar said [8] “the fact that most of the garbage workers are citizens of this country is overlooked. We are doing this work, which is the only thing we can do, with dignity, without stealing or begging.”