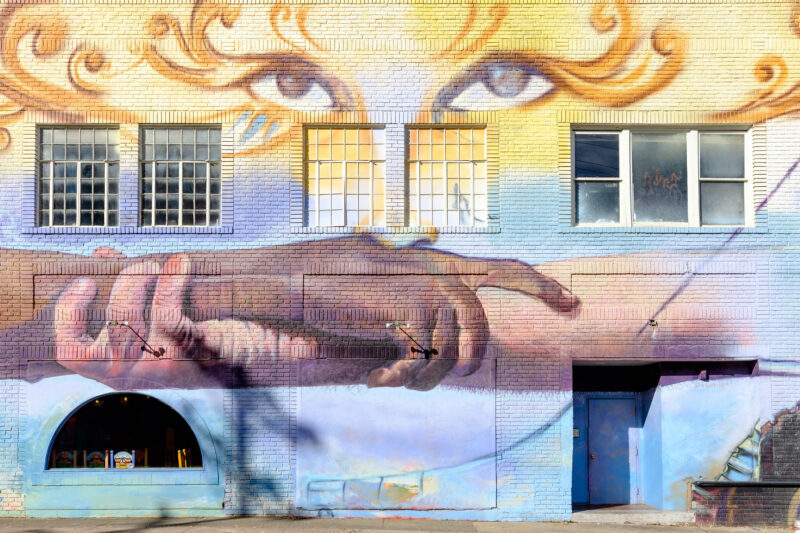 Latinos are the largest minority in the United States. Their living conditions seem to be improving—studies and statistics suggest [1] so. But even though poverty rates are declining, Latinos are still among the poorest [2] and the least educated [3]. In 2017, about 65 per cent [4] of undocumented people were Mexican and Central American; these numbers encompass the lived experience of nearly seven million people, the great majority of whom have lived in the U.S. for more than a decade.

For immigrants without papers, life is particularly tough. Lacking papers, they lack basic rights. They must live in hiding, and in the majority of cases, they are at the mercy of the goodwill of their employers [5] or landlords. These people often give them work illegally and make them work for low salaries, and with long, exhausting shifts. More often than not, these immigrants report [6] poor living conditions.

As I am not Latino, my interest in this topic sparked from observing such conditions, which many people belonging to this minority are forced to face every day. Back in 2017, I moved to Los Angeles and spent about one and a half years there. During that period, I got close to the Latino community, making friends within it, speaking with dozens of people of different backgrounds, and sporadically attending Latino churches.

The word “Latino” is an umbrella term for people who identify [7] as Latin Americans. The definition is large and encompasses many lived experiences in terms of socio-economic status, education, ethnicity, and gender. For this story, I have spoken with first and second-generation immigrants from Mexico and Central America, who work in the construction, care work industry, and factories in the United States.

Oscar M., 43, became a construction worker when he first got to the US from Mexico. When I spoke with him, he lived on the construction site itself in Los Angeles, as he could not afford to rent. Oscar says that his employers expected him to move directly to the working site to become more available. Working there was the fastest way to make a living for someone who had nothing but his hands. For years, he found jobs through rumors among the community, with hints coming from friends and colleagues.

He would sneak from one building site to the other, hoping that Immigration and Customs Enforcement [8] (ICE) wouldn’t find him. His car was his oasis, his bubble of intimacy when he was commuting throughout the city. But a ticket for a rear light that didn’t work could have been enough to put his stay at risk.

Now, Oscar is a permanent resident. He told me his situation has not changed much, however: he’s just no longer scared of being stopped by the police. Since he’s Mexican, he says that the people he works for expect him to “pick up the tasks nobody wants.”

They expect him to work longer hours and “do the heavy lifting.” He would like to find a more rewarding job, but it’s not easy when you have bills to pay and a family to feed. “This is the land of opportunity, it’s true. But when you’re always facing the risk of sleeping in the streets, you just keep doing what you already do. And you hope that tomorrow will be better.” 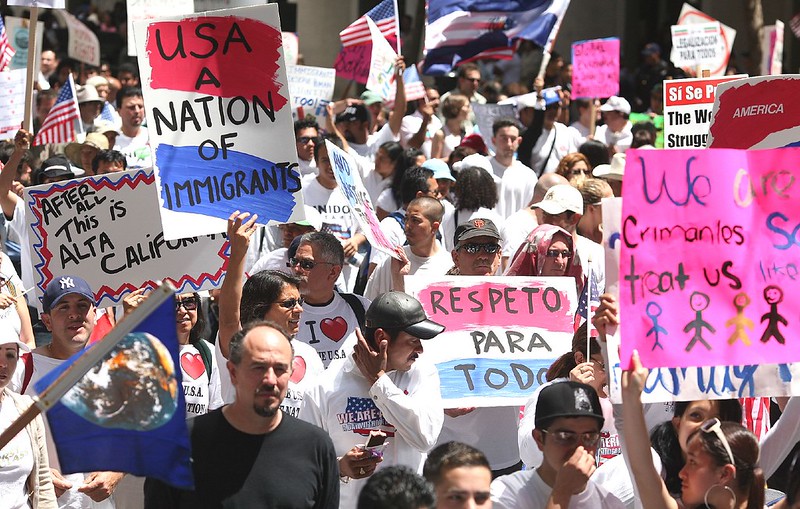 Representatives and volunteers of Latino churches in Los Angeles tell me of people with “no names” in the eyes of society, and who struggle to survive by the end of the month, asking for food and clothes. They tell of people who are overworked, consumed by the sheer physical effort they must make day after day by working in the fields, domestic work, construction industry, or factories. Sometimes Latin American workers also suffer work accidents, leaving them crippled, uncompensated for their injuries, and lacking access to healthcare.

Even Latinos with work permits denounce similar, if milder, conditions. They are given hazardous, low-income jobs with long working hours. Jobs that start to pay decently only when the number of hours worked is extremely high, like in fast-food joints, call centers, construction, and factories. There are immigrants with degrees who have to spend their lives as warehousemen. Most of the time, the quality of the benefits they have (health coverage, for example) does not depend on their skill or experience, but only on the policies of the company they work for, as many of them confessed to me. Their lives depend entirely on the decisions of their employers.

María Rosa S., 58, became a resident long before Oscar. As soon as she got her permit, she started working for a big supermarket as a cleaner on the night shift. She says it is just enough to have an “almost decent” life, considering that everything she can save, she sends to her relatives in El Salvador, to help them get by.

It has now been 13 years that María Rosa has not returned to El Salvador, her native country, and therefore 13 years she has not seen her sons. The paperwork to bring them to the U.S. is nearly impossible to have, she says. Plane tickets are expensive, so she prefers to save up.

Promising improvements of the society take time to become permanent. And to keep giving a voice to the marginalized members of this vast community remains one of the most effective ways to get a sense not only of their difficulties, but also of where action needs to be taken.