Athletes spoke out but the International Olympic Committee remains silent 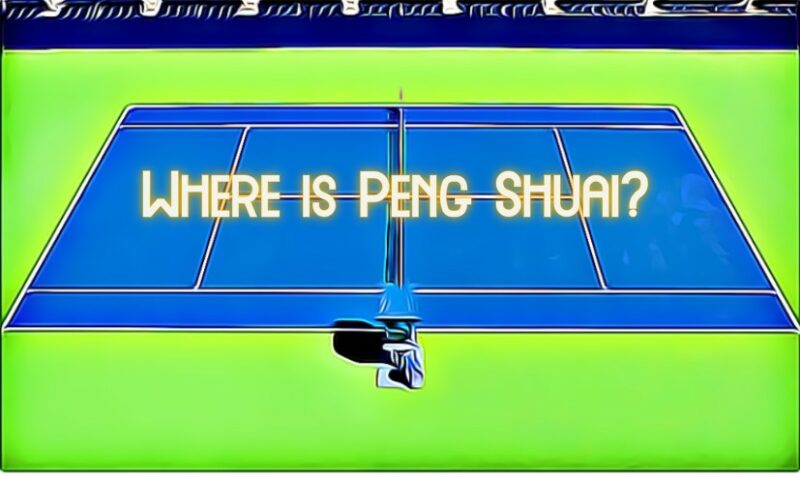 Chinese tennis star Peng Shuai, 35, has not been seen or heard from since accusing former Chinese Communist top leader Zhang Gaoli of sexual assault through Weibo on November 2.

Peng Shuai's post accusing the former Chinese vice premier of sexually assaulting her twice in the last ten years was taken offline less than 20 minutes after she posted it on her official Weibo account. Since then, all her social media accounts have been suspended; her name has become a sensitive term on the Chinese Internet, meaning any post that mentions it gets removed; and she has remained silent for two weeks.

The incident has caught the attention of the world's tennis community. On November 14, Steve Simon, the Chair and CEO of the Women's Tennis Association (WTA), finally issued a statement demanding a full and transparent investigation into Peng's allegation.

Peng Shuai, and all women, deserve to be heard, not censored. Her accusation about the conduct of a former Chinese leader involving a sexual assault must be treated with the utmost seriousness. In all societies, the behavior she alleges that took place needs to be investigated, not condoned or ignored. We commend Peng Shuai for her remarkable courage and strength in coming forward. Women around the world are finding their voices so injustices can be corrected.

We expect this issue to be handled properly, meaning the allegations must be investigated fully, fairly, transparently and without censorship.

Meanwhile, Chinese feminist activists and tennis lovers have started using the hashtag #WhereIsPengShuai? on social media to express their concern over Peng's safety.

As China prepares to host the upcoming Winter Olympics in February 2022, some are calling on the International Olympic Committee (IOC) to speak out for Peng.

Peng Shuai's accusations of Zhang Gaoli, the retired Chinese leader, has powerfully shaken the society; and yet she and her story are being erased in China. Chinese feminists projected Peng Shuai's portrait on a building and demanded Peng Shuai's safe return. #WhereIsPengShuai pic.twitter.com/xsm1Wxe4kE

Peng's supporters have expressed concern about her safety as her expose involves the highest ranking official in the Chinese Communist Party and threatens the authority of the ruling bloc.

Tennis legend Martina Navratilova says “women's tennis in China will probably be over for a while” after WTA expresses support for Peng Shuai https://t.co/ynmGK8aokk

Steve Simon told the New York Times that the WTA could not establish direct contact with Peng but was assured she is safe and currently in Beijing.

Yet, many are skeptical of such “reassurance.” Reuter's correspondent, Ian Ransom, said on Twitter:

It took Jack Ma a year to emerge from the Beijing freezer — and he didn't make a damaging allegation against a very senior Communist Party official. Very concerning for Peng. #pengshuai #WTA #Tennis https://t.co/3A5931bkL8

Exiled Chinese human rights lawyer Teng Biao questioned the credibility of the Chinese Tennis Association, which is affiliated with the CCP:

If the only info about #pengshuai’s whereabouts and safety comes from ‘the Chinese Tennis Association’, that means Peng Shuai has been disappeared by the Chinese government and she is not safe.
We should keep asking: #WhereIsPengShuai ?#metoo #zhanggaoli #BoycottBeijing2022

The 2022 Winter Olympics are scheduled to begin in China this February. Some have questioned why the International Olympic Committee (IOC) has not spoken out for Peng Shuai, who has competed in three Olympic Games. Stephen Wade, a sportswriter for the Associated Press, asked:

Isn't it morally wrong to participate in the #Beijing2022 when the Chinese government forcibly disappeared a world tennis champion #pengshuai?

Not to mention #UyghurGenocide #Hongkong #Tibet and all those atrocities in #China.

This week, Chinese feminists have begun posting photos and taking to the streets to voice support for Peng Shuai: