Japan named ‘Fossil of the Day’ for ‘clean coal’ plans 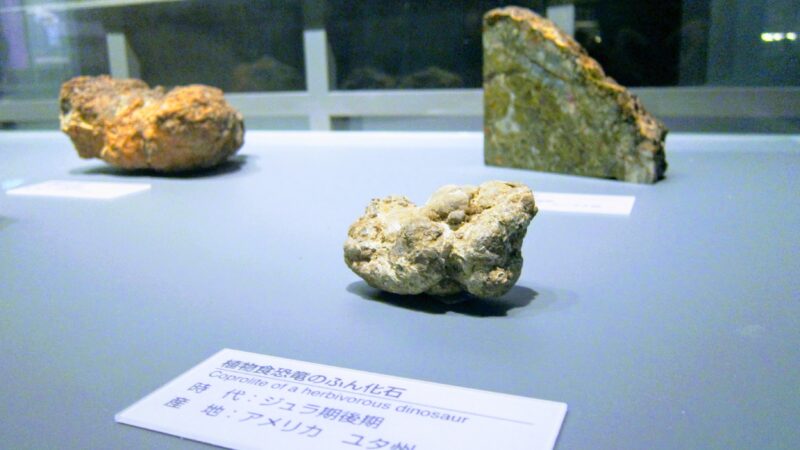 Coprolite (a piece of fossilized dung) of a Jurassic-era herbivorous dinosaur on display at Fukui Prefectural Dinosaur Museum in Japan. The coprolite was dug up in Utah, United States. Photo by Nevin Thompson. Image license: CC BY 3.0

Japan earned a “Fossil of the Day” award on November 2 in Glasgow at the 26th UN Climate Change Conference of the Parties (COP26) for the country's “especially regressive” reluctance to meaningfully reduce greenhouse gas emissions by phasing out coal-fired thermal electricity generation.

The satirical Prize is awarded each day over the course of the COP conference by the Climate Action Network (CAN), a group of 1,500 environmental NGOs from all over the world, to countries “doing the most to achieve the least” and “doing their best to be the worst” in terms of climate action.

Japan regularly wins the award at the annual COP meetings for this reason. This year, Japan shared the podium with Norway and Australia for promoting the use of fossil fuels.

Japan won the award this year following a speech at COP26 by Prime Minister Kishida Fumio, who spent just eight hours at COP26 before flying back to Japan. In his speech, Kishida did not commit to phasing out coal-fired electricity generation, which is projected to still account for at least 25 per cent of the country's power production by 2030, down from 31 per cent in 2019–2020. Japan currently operates 140 thermal power plants.

Meanwhile, 40 other countries at COP26 agreed to phase out coal-fired electricity production by 2040 at the latest. 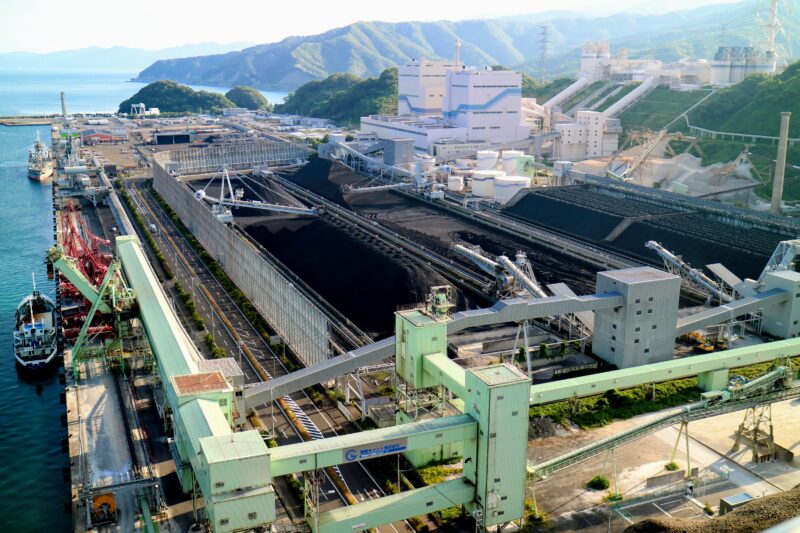 While Japan is by some estimates the world’s fifth-largest emitter of carbon, the country's greenhouse emissions have continued to decline year-over-year for over the past decade. However, carbon-emitting thermal power still accounts for 76 per cent of Japan's electricity generation.

Efforts by Japan to reduce carbon emissions over the next decade appear to be marginal. According to the Climate Action Tracker (CAT), an independent scientific analysis that tracks government climate action, Japan's plans to phase out aging coal plants will do little to reduce the country's carbon emissions:

The reported plan would not take Japan beyond the country’s “Highly insufficient” 2030 climate target (nationally determined contribution, or NDC) in the light of fair contributions to limiting warming to the Paris Agreement’s long-term goal of 1.5°C.

Japan's Fossil Award from the Climate Action Network at COP26 is also based on Prime Minister Kishida's pledge to continue to build thermal power plants in “developing nations” in Asia that use so-called “clean coal” technology:

Japan, through the Asia Energy Transition Initiative, will develop leading projects worth 100 million USD to transform fossil-fuel-fired thermal power into zero-emission thermal power such as ammonia and hydrogen.

The Japanese prime minister's announcement that the country will continue to export coal-fired electricity generation technology at COP26 appears to contradict a promise made earlier in 2021 to halt new government backing for “unabated coal power.”

At the same time, the Japan Bank for International Cooperation (JBIC), an export credit agency that helps Japanese industry sell overseas, also stated earlier this year that it would “provide support for exports from coal power plants if they come with emissions-cutting steps such as carbon capture and storage (CCS) and co-firing ammonia.”

Over the past decade, Japan has also helped build coal-fired thermal power plants across Asia, according to the Institute for Energy Economics and Financial Analysis (IEEFA) which examines issues related to energy markets, trends, and policies:

JBIC, and to a lesser extent the Japan International Cooperation Agency (JICA), have been key enablers of coal-fired power development in developing Asia. Such projects are sold to nations like Bangladesh, Vietnam, and Indonesia, often based on overly optimistic power demand growth projections.

The JBIC has also stated it would support the use of ammonia or hydrogen as co-firing fuels in thermal power generation, in an effort to reduce carbon emissions. that these novice and costly technologies are linked to fossil fuel extraction and would leave little chance of meeting the global 1.5C degrees targets.

However, skeptics such as Greenpeace point out that, as a technology, ammonia co-firing is still in its infancy, with many problems still needing to be worked out. For example, ammonia is not particularly efficient when used as a fuel to generate electricity, and it also produces harmful nitrous oxide.

The IEEFA also noted that, ultimately, Japan's plans to export “clean coal” technology will likely result in a net increase of greenhouse gasses:

In awarding Japan the prize, the Climate Action Network said, “These novice and costly technologies are linked to fossil fuel extraction and would leave little chance of meeting the global 1.5C degrees targets.”

Reacting to Japan's latest Fossil Prize, Setsu Mori, the managing editor of Alterna, a business magazine focused on environmental issues, called on the Japanese government to abandon efforts to use ammonia as a fuel for generating electricity and invest in renewable energy instead.

Japanese government spokesperson Matsuno Hirokazu, responding to the award and criticism of the country's “clean coal” plan, said the government had “no comment.”