The trainees are learning to graft, garden, and restore corals 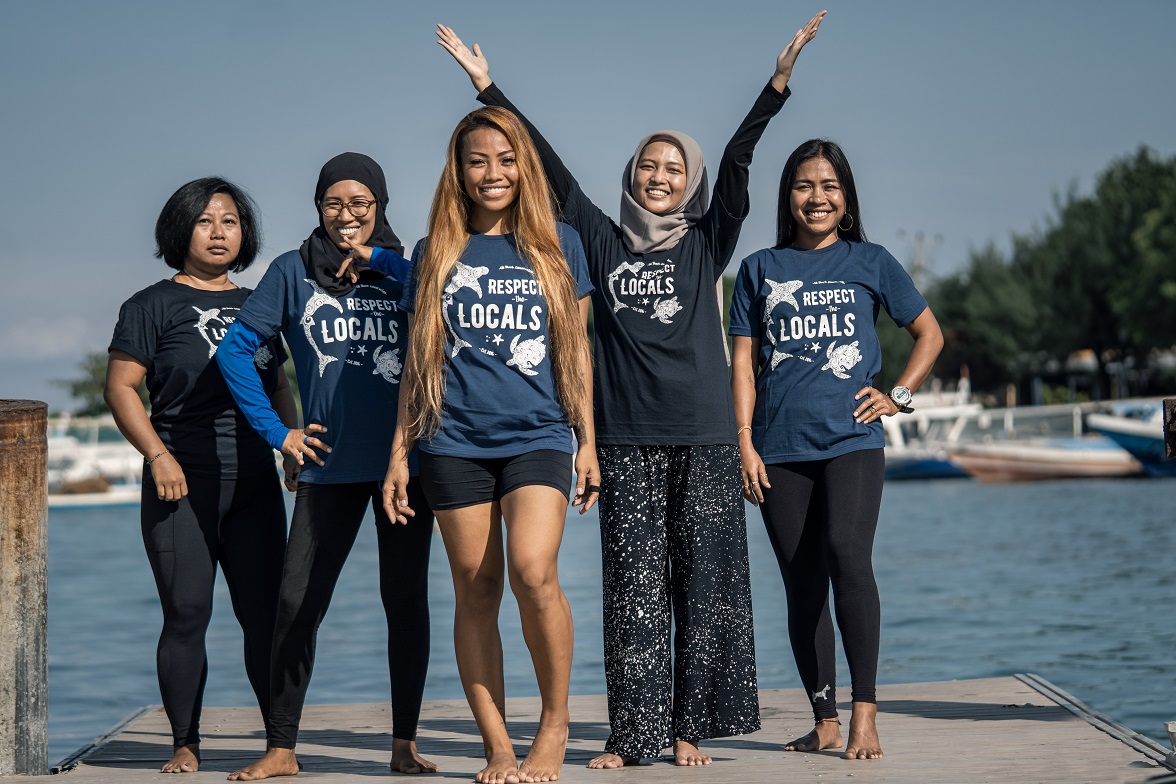 There has been no shortage of alarming articles and videos in recent years about the imminent and inevitable destruction of the world's coral reefs — one of the key components to a healthy ocean and marine ecosystem. Heartbreaking images of bleached, broken corals have been the bellwether of the climate crisis for many coastal communities.

These images paired with messages of hopelessness have made many apathetic and fatalist about the plight of our coral reefs. Luckily, some grassroots environmental groups have looked past the despair to find solutions.

In Indonesia, the world's largest archipelago, one such group, Coral Catch Gili Air, is working to regrow the island's coral reefs and launch a training program to teach other citizens to do the same.

The organization is based on Gili Air, part of the Gili island chain in central Indonesia. The group recently received a grant to fund an all-women conservation team to train women from all over Indonesia how to plant, breed, graft, and garden corals.

For the group's founder Rose Huizenga, a long-time Indonesia resident from the Netherlands, the group offers an opportunity for both sustainable development and women's empowerment. She shared her vision in an interview with Global Voices.

I believe that empowering women and promoting gender equality is crucial to accelerating sustainable development. To truly learn to live in harmony with our environment, women need to be as much a part of shaping our collective destiny as men. For me, female empowerment is not about excluding men, but about raising the voices of women.

Rose noted that, like many scientific fields, the ocean research and conservation fields have historically been dominated by men, with gender imbalances that continue to this day. A recent study by Women in Ocean Science showed that 78 percent of the women respondents had experienced sexual harassment in marine science.

“Although we've made great strides in the gender representation in ocean research and conservation, we still have work to do,” said Rose.

Likewise, participant, Delya Pamela Anggridani, hopes to use her newfound skills to revive tourism on her home island of Lombok, a major diving tourism hotspot in Indonesia. “I like the sea and want to preserve the sea around where I live, because my area is quite famous for the beauty of the sea and I want to inspire other women to love the sea.” She hopes  to “create a program that invite local women, especially those in Lombok to preserve or restore coral reefs, because we are in a promising tourism area which have many dive sites.”

Cynthia Fildza Radiputri, another member of the program, agrees, arguing that environmentalism should extend past identity and divisions:

After completing this training I want to share all my knowledge, my experience, my story to all my friends, my colleagues, my social media friends, influence them to do the same thing to [promote] sustainable marine life and environmentalism. Empowering and inspiring more women from various backgrounds: job, statuses, skill, ability, competency, religion, etc. No matter [who] they are, they can collaborate and contribute to the protecting ocean project.

Coral reefs are vital for coastal communities as they protect coastlines from erosion, provide jobs, food, medicines, and resources, and are a significant tourism driver worldwide. The Coral Reef Alliance explains:

Coral reefs support over 500 million people around the world by providing food, income, coastal protection, and more. They provide over $375 billion per year in goods and services. And despite only covering 0.1% of the earth's surface, they contain the highest number of species of any ecosystem besides rainforests. 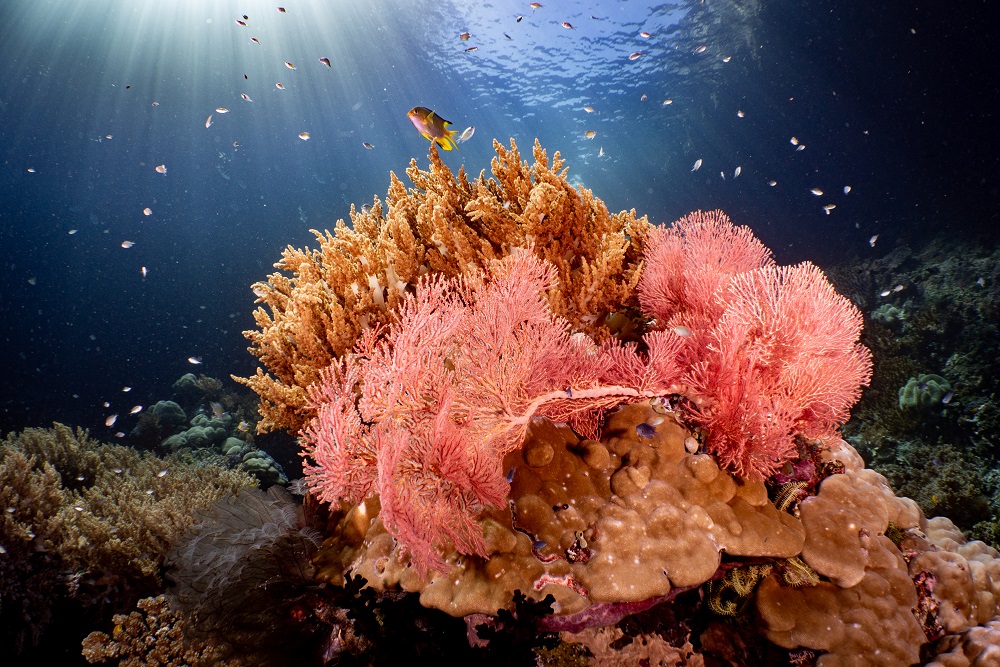 Corals can be planted and gardened just like land-based plants, though, according to Pacific Standard Magazine, it can be slow and quite challenging.

The process begins by trimming a fragment of healthy coral from a living polyp and growing it until it is mature. There are two methods to grow corals: lab- and ocean-based nurseries. The first involves growing corals in a lab until they reach maturity and then transplanting them into the ocean reefs. The second process, similar to grafting plants, involves directly planting the coral fragments into the sea by attaching them to underwater metal structures. They are maintained and grown here for about 6–12 months and then transplanted to existing reefs.

Corals can grow anywhere from 1–20 centimeters per year.

Lab-based nurseries allow scientists to grow corals faster and avoid the unknown variables of the ocean, but they are also more space- and resource-intensive, not to mention expensive.

Underwater gardening has its own risks as corals can be picky and fickle plants — they are very sensitive to water temperature, pH levels, and water current, so coral gardening may involve a lot of trial and error to find a location where the corals can thrive.

Some researchers believe that coral gardening could be essential to preserving coral ecosystems long-term as it would allow scientists to prioritize resilient corals that would be able to withstand rising ocean temperatures due to the climate crisis.

Currently, there are local coral restoration efforts all over the world, from Fiji and Tahiti to Miami and Hawaii.

As thousands of scientists, oceanographers, environmentalists, and politicians meet for the annual UN Climate Change Conference (COP26) this November, the plight of our coral reefs will be a major discussion point. Can local initiatives like these solve one of the most alarming effects of the climate crisis? Only time will tell.