A dive into young people's discontent through the Hong Kong indie band, My Little Airport

The latest album is full of melancholy and bitterness 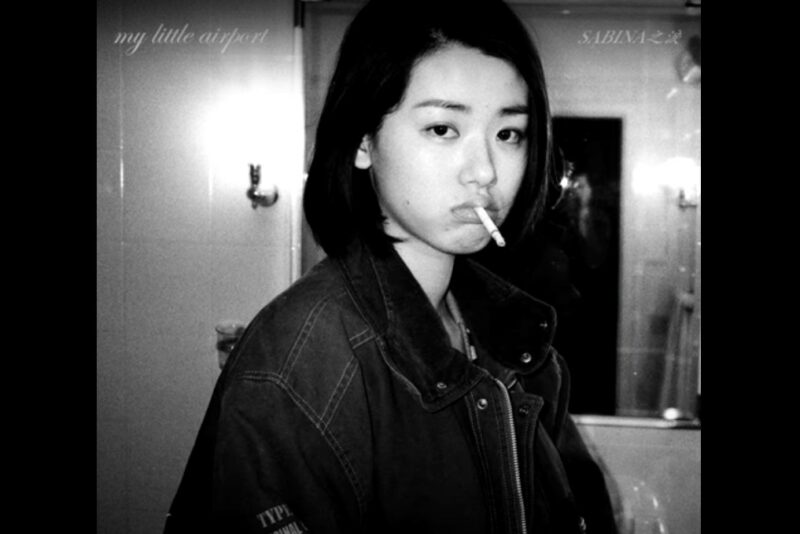 Screenshot from Sabina 之淚 in My Little Airport's YouTube Channel.

Since the 2019 anti-extradition protests in Hong Kong, many citizens from around the world have shown solidarity through social media hashtags such as #standwithHK. However, very few really understand what the anguished young people in the streets are going through.

A dive into the songs and lyrics of My Little Airport (MLA), a 17-year-old indie band in Hong Kong, offers a perspective into young people's discontent in the city. Global Voices created a YouTube and Spotify playlist to catalog the band's impressive musical journey.

MLA was founded by two journalism students Ah P Lam and Nicole OuJian in 2004. The duo's music style has been described as twee-pop, a subgenre of indie-pop characterized by its raw, childish, and pure presentation. The indie band also has very strong Cantonese folk and indie-punk themes in its music.

The uniqueness of the indie band, however, is in its acoustic presentation and lyrics. Nicole sings as if she is murmuring or talking to herself and the lyrics are poetic presentations of everyday conversations through the narrator's stream of consciousness style.  Their songs are embodiments of Hong Kong culture: a mixture of Cantonese, English, and other foreign expressions, such as French and Japanese, full of colloquial foul language and local jokes.

Since the release of their debut album “The OK Thing to Do on Sunday Afternoon Is to Toddle in the Zoo” (2004) (在公園散步才是正經事), they have been beloved by young people discontented with the mainstream and those in power.

Their second album “Becoz I Was Too Nervous At That Time” (2005)  (只因當時太緊張) resembles the twee-pop style of the first and addresses youthful subjects such as puppy love, idols, and leisure activities.

In Hong Kong, space for a proper date is considered a luxury as most families have very limited living space, and the city is generally crowded with people, leaving young people with little privacy.  It is not uncommon to see teenagers having dates in subways or bus carriages.

In their next album, “We can't stop smoking in the vicious and blue summer” (2007) 我們在抑鬱和炎熱的夏天無法停止抽煙, the mood has changed. The band's signature sweetness turns bitter toward the exploitative working environment in the city. “Sad Purchase” (2007) 悲傷的採購 and “Who invented jobs?” (2009) 邊一個發明了返工? lament being enslaved to capitalism:

Soon political motifs appeared in their work. In the album “Poetics – Something between Montparnasse and Mongkok” (2009) 介乎法國與旺角的詩意 the songs “Splitting Stephen Lam's $300,000 Payroll” (瓜分林瑞麟三十萬薪金) and “donald tsang, please die” lambast the city's top government officials. Both Donald Tsang and Stephen Lam were politicians responsible for key conservative legislation in 2010.

The political message in “Otaku girls, take to the streets!” (宅女，上街吧), released on YouTube in 2010, is even more strident. The song lists major local protests and urges “Otaku girls” — a Japanese term for female comic lovers who are apolitical and prefer fantasy over reality — to resist:

You have missed the anti rapid rail protests

You have missed the star ferry preservation protests

You have missed protesting outside the government house

You have missed the anti-WTO protests

Otaku girls, take it to the streets

Can you trust this government?

Otaku girls, take it to the streets

Do you want the future to be exploited and manipulated?

In 2010 there was a split within the pro-democracy party as moderate democrats in the Legislative Council voted in favor of the government's controversial electoral reform proposal. The split was characterized as a generational divide, a prominent theme in MLA's 2011 and 2012 albums “Hong Kong is a big shopping mall” 香港是個大商場 and “Lonely Friday” 寂寞的星期五.

For example, in “To those on the train at Admiralty 2011″ (給金鐘地鐵站內車廂的人), the indie band turns a common scene in a subway platform into an allegory of generational conflicts:

After you are in the carriage, you don’t move on

Scumbags, you were once a person with a dream waiting in the platform

What is a dream?

Some say it is in nirvana

Move on and move on

Against the backdrop of the Occupy Wall Street protests and the Arab Springs in 2011, the indie band expresses hope for change in Hong Kong. In “Young Men of Ngau Tau Kok” (2012) 牛頭角青年 they question why young people in Hong Kong were not rioting like the rest of the world. Ngau Tau Kok is an old industrial and residential district in Hong Kong, on the outskirts of the city. Young people of Ngau Tau Kok represent the most marginalized sector in the financial center:

A new motif on the hegemony of the real estate economy emerged in MLA's 2014 album “The right age for marriage” 適婚年齡. Since the late 1990s, Hong Kong's economy has been mainly driven by the real estate industry. After three decades of growth, many young people have been deprived of opportunities for social mobility thanks to excessive rent-seeking.

In “I am saving the downpayment secretly 2014″ 我在暗中儲首期, the narrator talks about the preparation for buying an apartment as an expression of love because in Hong Kong, getting married often implies buying a home to build a family:

“Let's sleep on Connaught Road Central tonight 2014″ 今夜到干諾道中一起瞓 depicts the mass sit-in protests while in “Brand new Hong Kong 2014″ 美麗新香港, the narrator subtly expresses her frustrations about Beijing's control over the city, complaining “this Hong Kong no longer belongs to me” 這香港已不是我的地頭:

Political frustration was a consistent theme after the Occupy Central protests and MLA's 2016 album “Fo Tan Lai Ki” 火炭麗琪 expresses the sense of bitterness, dissolution, and suffocation through motifs related to cigarettes, weeds, and sex, as in “the Tenth cigarette” (2016) 第十支煙:

The feeling of frustration carries on in the duo's 2018 album “You said We'd be back” 你說之後會找我. Most of the songs are about traveling out of and within the city while being haunted by memories as shown in “Night flight to Amsterdam” 阿姆斯特丹夜機 and “A Good Trip One Night Along Nathan Road” 彌敦道的一晚:

The 2019 anti-extradition protests can thus be viewed as a collective outburst of infuriation and frustration. In “Miss Ng 2019″ 吳小姐, MLA depicted how an ordinary office lady ended up protesting on Nathan Road:

The latest album, “Tears of Sabina” (2021) 之淚 contains more songs about the 2019 protests, including “Classmate K” 同學, which depicts exchanges between protesters, and “Could use some ice-cream tonight” 今夜雪糕 which is about the arrest and prosecution of protesters.

The mood of the album is melancholic. The sorrow and sadness are expressed through motifs such as separation of lovers in “Every time you left” 每次你走的時分 and missing someone in gloomy weather in “Rained two days” 下了兩天的雨. These themes emerged partly because many Hongkongers have left the city after the introduction of the National Security Law on July 1, 2020.