The EU and Armenia, partners in reform?

The EU will give Armenia a 2.6 billion Euro aid package 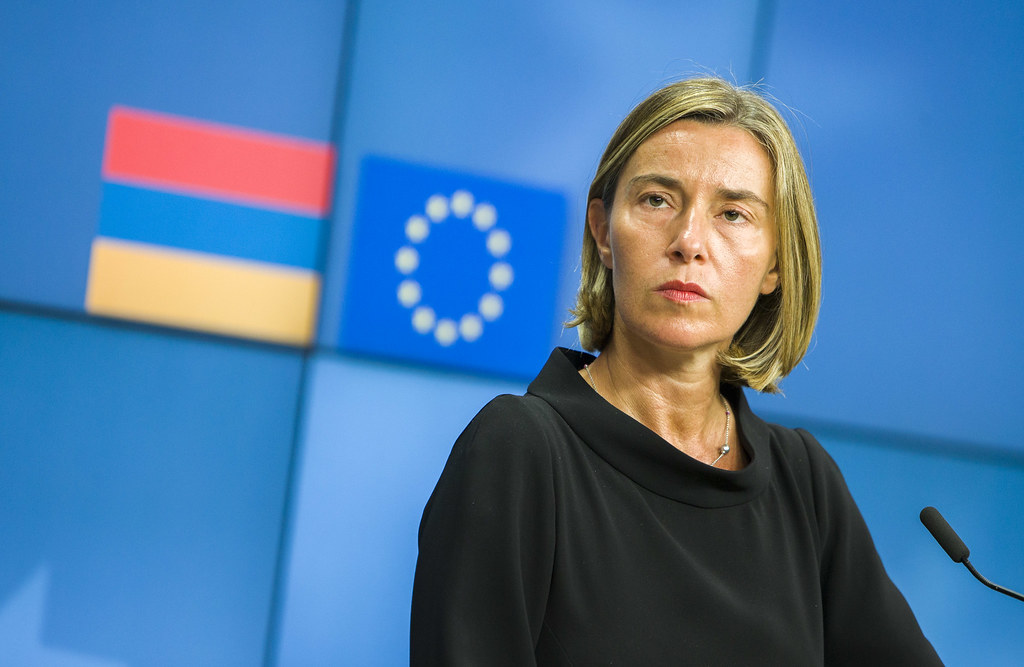 This article by Ani Avetisyan was first published on OC Media. An edited version is republished here under a content partnership agreement.

This summer, during an official visit to Yerevan, the EU Commissioner for Neighborhood and Enlargement Oliver Varhelyi announced a 2.6 billion Euro aid package to Armenia to support five flagship initiatives over the next four years. The package is the single largest aid package ever given to Armenia by the European Union. The five initiatives include “transport connectivity, resilience and recovery of the Southern provinces, energy efficiency and renewable energy, the digital transformation and the support for Small and Medium-sized Enterprises.”

The support package also comes hot on the heels of the Armenia-European Union Comprehensive and Enhanced Partnership Agreement (CEPA), which came into effect on March 1. The agreement contains clauses deepening cooperation between Armenia and the EU on institutional reform, economic investment, and the lifting of tariffs on imports and exports between Armenia and the 27-member bloc.

“Proof of trust in democracy”

One of the explanations behind increased funding was the political performance of Prime Minister Nikol Pashinyan's government and its victory over Armenia's pre-revolutionary authorities in the June snap parliamentary election.

Pashinyan rose to power after leading a revolution in 2018, promising economic reforms and ousting the previously dominating oligarchs and monopolies. However, his popularity suffered in November 2020 when the country lost the Nagorno-Karabakh war with its neighboring Azerbaijan. The war ended with a Moscow-brokered ceasefire which restored Azerbaijan's sovereignty over a swath of Nagorno-Karabakh and the surrounding districts and was largely seen as a failure for Pashinyan.

In the following months, as recriminations grew over the PM's handling of the war, he stepped down, as required by law, to allow an election to take place while remaining the country's leader. Polls ahead of the vote predicted Pashinyan's victory despite his tarnished popularity. As Pashinyan addressed his supporters rallying in Yerevan at the city's central Republic Square on June 17, the former PM said, “The people of Armenia will certainly and undoubtedly win with a crushing percentage [of votes]. And yes, everything is decided because the people of Armenia have already decided everything in their minds, hearts, and souls.”

The 2.6 billion Euro package was given “based on past achievements,” Andrea Wiktorin, the Ambassador of the European Union to Armenia, told OC Media. “At the same time, it will, in the end, depend on the maturity of projects and how quickly we can implement the flagships.” The EU identifies “flagships” as “concrete priority projects with tangible results that have been identified jointly with the partner countries.”

Wiktorin said that the EU “took good note” of the OSCE election observation assessment report published following the June election. The report concluded “that the elections were competitive and generally well-managed within a short timeframe.” She added that the EU also supports Armenia's “strong commitment to further pursue its reform agenda.”

Lithuanian Ambassador to Armenia, Inga Stanytė-Toločkienė, also praised the snap elections as proof of the Armenian people's “trust in democracy” and the “resilience of democracy in Armenia.” The ambassador also said, in addition to the assistance package and the implementation of the CEPA agreement, “another direction Lithuania would enthusiastically support [Armenia] is related to further progress towards visa liberalization.”

“War is never a good solution”

Viola von Cramon, a German Member of the European Parliament, told OC Media that the EU “can be more involved” in the resolution of the Nagorno-Karabakh conflict.

One avenue for further EU involvement, according to von Cramon, would be if the 27-member bloc replaced France as a co-chair of the OSCE Minsk group. The current co-chairs of the group that has been tasked with helping resolve the conflict are France, Russia, and the United States.

At the same time, von Cramon said she sees “a reluctance of some of the EU leaders to act and to see themselves as a political player.”

“War is never a good solution. I recognize efforts by Russia in negotiating a ceasefire, but that is not a long-term solution,” Estonian MEP and chair of the EU's South Caucasus Delegation, Marina Kaljurand, told OC Media.

Kaljurand urged Armenia and Azerbaijan to come to the “negotiating table under the auspices of the OSCE Minsk Group to find a peaceful and negotiated solution to the Nagorno-Karabakh conflict.”

“The people of Armenia and Azerbaijan deserve peace and prosperity,” she added.

With its deployment of 2,000 peacekeepers to Nagorno-Karabakh, Russia is seen by many observers as a “winner” of the Second Nagorno-Karabakh War. The EU, meanwhile, is seen as one of the “losers,” with its influence vis a vis Russia decreasing.

Meanwhile, Russia has been increasingly active in Armenia. In October, Armenian media reported that Russian company Metrogiprotrans was awarded a contract to develop the new metro station in Yerevan. Also, in October, “the Holy Synod of the Russian Orthodox Church adopted a decision to establish the Armenian Diocese of the Russian Orthodox Church in Yerevan,” according to reporting by News.am.

But according to Viola von Cramon, growing Russian influence in the South Caucasus is primarily based on the presence of military “boots on the ground” and not on a “commitment to conflict resolution.” Taking into account the increased Turkish influence in Azerbaijan, “it's becoming hard for the EU to have political influence,” von Cramon said in an interview.

EU and Russia share different roles in the region as well. According to von Cramon, the EU does not seek to make Armenia or any other country in the region “dependent” on them, unlike what “Russia is doing and has done in the past.”

Despite Russia making advances into Armenia, for Stanytė-Toločkienė, the EU remains Armenia's key “reform partner.” But also, Armenian does not have to choose between looking north or west, according to the EU Ambassador Andrea Wiktorin. Eastern Partnership countries are free to “shape the breadth and depth of their relations with the EU and other international players,” added Wiktorin. CEPA, for instance, is “fully compatible” with Armenia's membership in the Russia-led Eurasian Economic Union trade bloc.