Officials backtracked on the plan after Jokowi signed the agreement 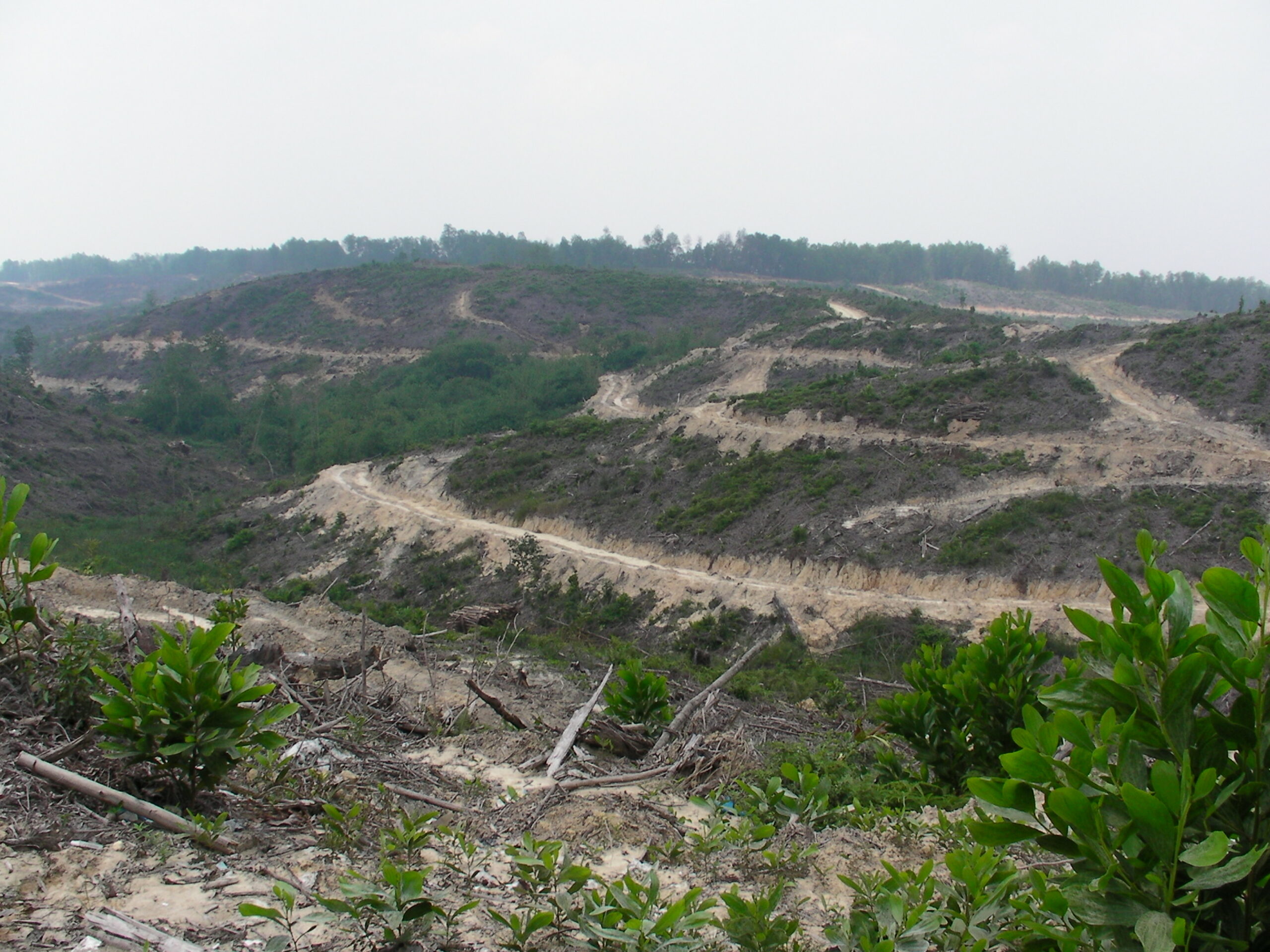 A scene of deforestation in the Riau Province of Sumatra, Indonesia. Photo by The Rainforest Action Network. CC BY-NC 2.0

The United Nations Climate Change Conference (COP 26), the largest climate conference of the year, has drawn politicians, environmentalists, and activists from all over the world, all eager to create concrete, impactful solutions to help combat the climate crisis. One such solution was a pledge to end deforestation by 2030, which was announced on November 2 and signed by 131 nations. Among those nations was Indonesia, home to about one-third of the world's rainforests.

Less than two days after the deal was announced, Indonesian officials seemed poised to back out of the deal.

Environment and Forestry Minister Siti Nurbaya Bakar has dismissed the plan as “inappropriate and unfair” and took to Twitter to share her opinion.

Forcing Indonesia to zero deforestation in 2030 is clearly inappropriate and unfair. Because every country has its own key issues and is covered by the Constitution to protect its people.

Bakar went on to note that in underdeveloped regions, a ban on deforestation could mean continued isolation, as no trees could be removed for roads or other infrastructure. She argued that Indonesia's context is quite different from that of the UK, Europe, or Africa, so it should not be held to the same standards.

The country's deputy foreign minister, Mahendra Siregar, took a similar stance and seemed to dispute that the agreement was aimed at halting deforestation at all, saying “there is absolutely no terminology ‘end deforestation by 2030′” in the pledge. He also emphasized the importance of prioritizing the economy: “With the pace of globalization, we must ensure that our position in the global supply chain is appropriate to achieve economic benefits,” implying that Indonesia would focus more on “managing deforestation” than preventing it.

The multi-billion-dollar deforestation plan will funnel resources to end industrial deforestation. Indonesia will receive about 405 million US dollars to help support “transformative further action in the  interconnected areas of sustainable production and consumption; infrastructure development; trade investment; and support for smallholders, Indigenous Peoples, and local communities, who depend on forests for their livelihoods and have a key role in their stewardship.”

Ladies and gentlemen, welcome to Jokowi administration. We are going to prioritise development over preventing deforestation, as the minister of environment said. #COP26 #Indonesia https://t.co/MZl9UsISSV

If we destroy the world, how can we complain when floods and other natural disasters occur? pic.twitter.com/8BXeWAQW37

The hashtag #MosiTidakPercaya (motion of disbelief) has been trending on Indonesian social media as many expressed shock at the government's turnabout.

Kiki Taufik, head of Greenpeace's Indonesian forests campaign, said, “The statement is profoundly disappointing and completely at odds with the declaration.”

On November 5, Batu City experienced deadly floods that resulted in five missing persons. Taufik took to Twitter to express disbelief that amid the increasing number of climate disasters, the government is still willing to prioritize the economy over the environment.

I hope the flood victims are safe and found soon. Does Mrs. @SitiNurbayaLHK, the Minister of LHK still persist in allowing deforestation for the sake of massive development in the era of @jokowi? How many disasters still need to wake up to stop forest destruction?#MotionofDisbelief

Indonesia, Brazil, and Congo account for 85 percent of global deforestation.

According to Hans Nicholas Jong of Mongabay News, “The country lost 115,459 hectares (285,300 acres) of forest cover in 2020, an area the size of Los Angeles.” This was its lowest rate of deforestation since the 1990s and is largely due to increasingly strict deforestation rules and regulations from the government. However, it should be noted that an estimated 73 percent of deforestation in Indonesia is done illegally, with no government oversight.

In October 2020, protests erupted around the archipelago after officials passed the wildly unpopular Omnibus law, which many saw as an effort to boost the economy at the expense of workers’ rights and the environment. The law removed many environmental protections and made it easier for foreign and domestic investors to develop forests and grasslands.

Despite these setbacks, the country has set numerous ambitious climate action goals, including turning its forests into a carbon sink by 2030, reducing deforestation and increasing reforestation, and becoming carbon neutral by 2070. Though experts say it is currently unlikely to meet any of these goals.

Most deforestation in Indonesia is to clear land for palm oil plantations — the country's largest export. Palm oil plantations are notorious for disrupting fragile ecosystems, displacing local communities, polluting the environment, and leading to uncontrollable wildfires as developers clear land through illegal slash and burn methods.

In a June 2021 report, Human Rights Watch released a report criticizing the Indonesian government for allowing palm oil companies to ravage the environment. It reads:

The Indonesian government is failing to protect the rights of communities living on or near peatland converted to commercial agriculture. It is also permitting the widescale destruction of one of the world’s most important carbon sinks.

The report continued by advising the nation to take stricter control of illegal palm oil developments.

The national land agency in conjunction with the Presidential National Agrarian Reform Team should investigate and sanction any palm oil company that fails to meaningfully consult and compensate affected communities,” Nnoko-Mewanu said. “Indonesia is harming the rights of people in those communities, and exacerbating climate change. Everyone suffers when the government fails in its oversight.

As Indonesia struggles to balance development and environmental protection, many are waiting to see whether the UN's plan to revive the world's rainforests can be effective without the nation's full cooperation.