How Burhan's coup could halt Sudan's return to the international community

On October 25, General Burhan led a military coup in Sudan 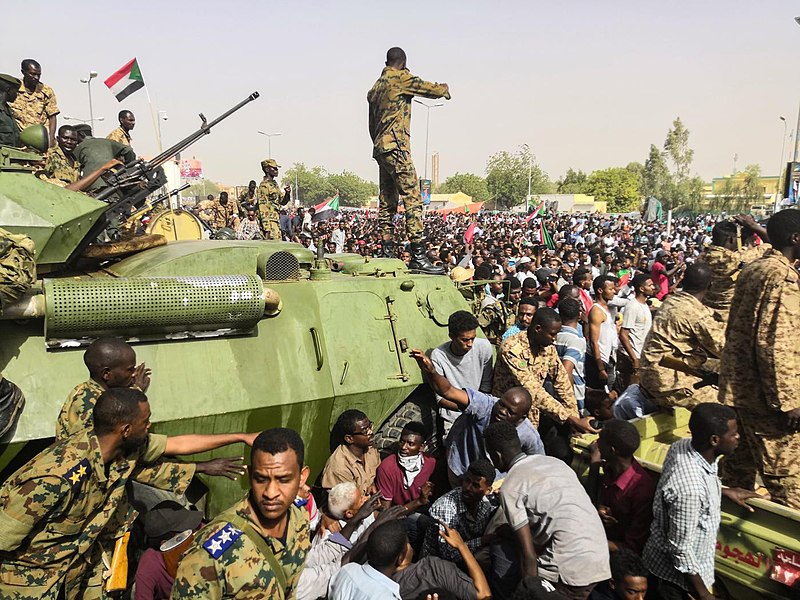 Gen Burhan — the chairman of the Sudanese Sovereign Council — led a military coup in Sudan on October 25, 2021. Gen Burhan has justified Monday's coup, saying it was necessary to “avoid civil war” and blamed political infighting. The forces behind the coup arrested Prime minister Abdalla Hamdok, along with many ministers and politicians.

The international community responded to the coup in several ways. The US condemned the coup and suspended 700 million US dollars in aid for Sudan. The UK and EU each condemned the military coup and The African Union suspended Sudan's membership and described the coup as “unconstitutional.”

Calls to dissolve the government

On October 16, 2021, a splinter faction of the Forces of Freedom and Change (FFC) — the coalition that is running the country in the transition period — calling itself the National Accord Group (NAG) signed The National Accord Charter to dissolve Sudan's transitional cabinet. The call for dissolution arose from tensions between the Sudanese government, the FFC, and some armed groups and small political groups. The signatories include the Sudan Liberation Movement/Army  led by Minni Minawi, who is also the governor of the Darfur region; the Justice and Equality Movement (JEM); Altom Hajo, a member of the Council of Partners and the leader of the middle path in the Juba agreement for Peace in Sudan; and Mubarak Ardol, the leader of the Democratic Alliance for Social Justice, and general manager of the government-owned Sudanese Company for Mineral Resources.

The NAG asked for the expansion of the transition base through the addition of the other political parties and trends- the term used to reference small established political parties in Sudan such as future trend, to the FFC coalition and government because they felt marginalized by the ruling party. They organized a sit-in beside the republican palace in Khartoum, an event that reportedly saw calls for military authority and calls to dissolve the government.

Sudanese activists noted that many of the sit-in leaders were current government officials. It was organized by Minister of Finance Gibril Ibrahim, the leader of JEM, Minni Minawi, Altom Hago, and Mubarak Ardol. Many activists took to social media to discuss this movement, wondering how governmental officials can demand reform without threatening their seats in power.

(Gibril) and (Minawi) became ministers and governors of regions and took over 7 ministries and dozens of departments and councils in the transitional government through the Juba Peace Agreement signed with (Freedom and Change), not through (Freedom and Change). The question, where is the exclusion here??

Hatim Elmadani, the founder of the Sudan Association for Investigative Media wrote on Twitter about Sudan's willingness to withdraw its mercenary citizens from Libya. Sudanese mercenaries are related to Jibril and Minawi's movements, so they're supporting the coup to fund the return of their forces from Libya because the civilian government may not fund it.  Hatim said:

Betrayal of the mercenary government: What does the taxpayer or the citizen have to do with helping cheap mercenaries?? Why are they allowed to return or even enter Sudan in the future? Now, do you know why they staged a military coup at this time?

Some activists said that Ardol is participating in this movement to protect himself from ongoing allegations of corruption. Sudanese people launched the hashtag #أردول_فاسد — #Ardoliscorrupted.

Corruption and deception of the former regime on the law is paid by the citizen in Sudan today. What Mubarak Ardol has done is corruption itself, and the decisions taken are very weak and do not rise to the level that there are young and old men who revolted against injustice and corruption. If it is kept silent, it means the next is worse.

Likely financial motivations behind the coup

In a tweet posted on October 31, 2021, Kenneth Roth, the executive director of Human Rights Watch said there are likely financial motivations behind the coup.

An important motive behind the coups in both Myanmar and Sudan are the vast business interests of both militaries, which they don't want to relinquish or submit to civilian control. The generals want their profits before democracy. https://t.co/yLJ8nxL9e3 https://t.co/6ip6xlRu7X pic.twitter.com/g2WNpc9aC7

Burhan firing Farouq Kambareesi, the deputy general manager of the Central Bank of Khartoum, because he refused to approve a loan for the military industry department lends credence to this.

When the Sudanese people learned of the coup on October 25, they took to the streets, rejecting the military coup. The authorities shut down all modes of communication, including the internet, phone, and SMS. Access Now and other international organizations have condemned the communication blackout.

Internet shutdowns in Sudan: The story behind the numbers and statistics

In the last couple of years, Sudanese people have experienced two major internet shutdowns that seriously hindered basic communication and exchange during politically charged periods.  Amid a revolution that eventually led to the ousting of longtime dictator Omar al-Bashir, the Sudanese government blocked social media access to Facebook, Twitter, WhatsApp and Instagram on December 19, 2018

Similarly, one day after the current coup, authorities allowed phone calls and the internet only for online banking services. The Sudanese people continue to protest in the streets and called for a million-man march on October 30. Earlier in the morning of October 30, the coup authorities turned off phone calls and SMS again to avoid and coordination between the resistance committees. This blackout couldn’t stop the Sudanese people, as more than four million citizens took to the streets to condemn the military coup and demand the reinstatement of a civilian government, according to Sky News Arabia estimation.

In Sudan today, you don't have to watch TV to know what's going on. You just have to open the window.

Sudanese people throughout the diaspora went out to support their brothers and sisters in Sudan. In Washington D.C., thousands marched to support civilian rule in Sudan.

Protesters from Sudan in Washington D.C against the military coup in Sudan October 30/ 2021#KeepEyesOnSudan #مليونية30اكتوبر pic.twitter.com/BA0IWjBg4u

The National Accord Group (NAG) confronted the peaceful protests with excessive violence. According to a report from the Central Committee of Sudanese Doctors (CCSD), 11 people have been killed since October 25, the day of the coup.

(Updated Report about injuries and deaths on October 30th demonstrations):

- Two martyrs in Omdurman Hospital, and a third in the Al-Arbaeen Hospital in Omdurman, bringing the total number of deaths documented to us to 11 since pic.twitter.com/xAns1YKj8c

A day after the recent million-man march, Burhan freed some members of the ousted Islamist al-Bashir regime. including Ibrahim Ghandour — the current president of the dissolved NCP party who was freed then rearrested. He also released Mohamed Tabidi and Al-Shazali, who were responsible for terrorizing, imprisoning, and persecuting journalists, and Mohamed Ali Algozouli, a hardline Islamist with relations to ISIS, who was then imprisoned again after 24 hours.

Many people are questioning Burhan's thought process, as Sudan has recently been working to build positive relations with the international community after decades of sanctions. As a consequence of the coup, the World Bank froze aid to Sudan and the General Medical Council cancelled the PLAB 1 test in Khartoum meant for doctors who have qualified outside the UK and wish to practice medicine in the UK under limited registration.

The question is, Will Burhan and Hemeti abdicate this new position or will the people bring them down like they did Al-Bashir?