Rustamov was released after questioning 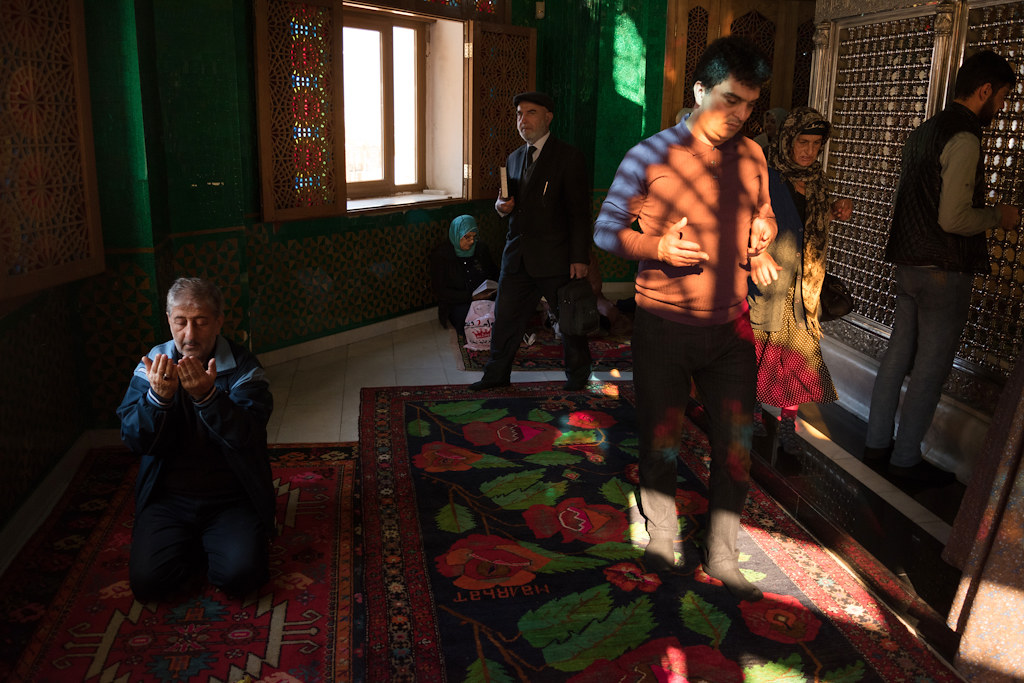 This article by Ismi Aghayev was first published on OC Media. An edited version is republished here under a content partnership agreement.

On October 25, Ahliman Rustamov, a theologian and former prayer leader of the Haji Javad Mosque in Baku, was detained by the State Security Services. Rustamov is the latest Shia figure targeted by the authorities in an apparent roundup of prominent Shia figures in the country. Rustamov was released after questioning.

In an interview with OC Media, Rustamov's son, Gasim Rustamov, said the Security Service agents confiscated  “some 15 religious books” that belonged to his father. The family does not know why Ahliman Rustamov was detained in the first place.

Local experts say Rustamov is the latest victim of growing tensions with Iran. While both countries have majority Shia populations, the secular authorities in Azerbaijan have previously been suspicious of religious figures.

“We have witnessed this from time to time. Both during the Soviet era and after independence, there have been such arrests,” Zardusht Alizade, a political analyst and former opposition politician, told Turan News Agency. “I do not think that a few theologians will stage a coup in Azerbaijan. Of course, this image is being created and society is already accustomed to it. If there was a threat to the security of the state, why didn't [the authorities] take security measures in advance?” It is an image the authorities are creating, Alizade said in an interview.

On October 19, Sardar Babayev, Jalal Shafiyev, Gadir Mammadov, and Tamkin Jafarov, all members of the Union of Clergy, an organization representing Shia scholars and religious figures in Azerbaijan, were detained. Relatives said that police had confiscated phones and laptops during the arrests. Shafiyev, Mammadov, and Jafarov were released without charges on October 26, while Sardar Babayev remained in custody and was charged with high treason, facing a life sentence if found guilty. Babayev was sentenced to three years in prison in 2017 on charges of violating the requirements for conducting religious ceremonies. The imam of the Juma Mosque in Baku's Masalli district, Babayev, was released in February 2020. Authorities in Azerbaijan made no statements on Babayev's arrest and charges.

The same day, members of the Union of Clergy were detained, another prominent Shia cleric and theologian, Ilgar Ibrahimoglu, was detained. Ibrahimoglu, who serves as the chair of the Centre for the Defense of Freedom of Religion and Conscience, was released several hours after questioning.

With this logic, it is then possible to associate Sunni community leaders with the Special Security forces of Saudi Arabia, Turkey, Pakistan and Qatar. And Christian groups to Western countries. It is the responsibility of the authorities to change this propaganda. Both the government and affiliated media, must stay away from politicizing religious clerics with critical opinions and from portraying them as agents. This tendency creates unpleasant perspectives for the country's future and has nothing to do with secular governance.”