A tool to end foreign meddling, or to suppress dissent? 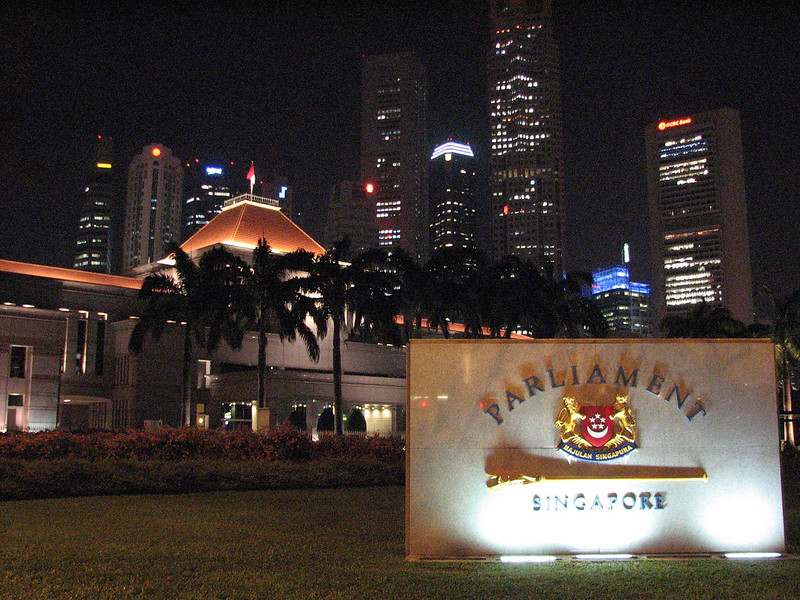 The Foreign Interference (Countermeasures) Bill (“FICA”) was tabled in the Singapore Parliament on September 13. It was passed three weeks later amid criticism that it contained broad and vague provisions that could be abused to stifle freedom of expression.

FICA aims to end malicious foreign interference “conducted through hostile information campaigns (HIC) and the use of local proxies.” In a press statement, the Ministry of Home Affairs (MHA) explained the importance of the measure:

Foreign interference poses a serious threat to our political sovereignty and national security. During a HIC, hostile foreign actors can seek to mislead Singaporeans on political issues, stir up dissent and disharmony by playing up controversial issues such as race and religion, or seek to undermine confidence and trust in public institutions.

FICA empowers authorities to censor online content if it is suspected of being sponsored on behalf of a “foreign principal.” Individuals or groups who publish information and organize activities “directed towards a political end in Singapore” under the behest of a foreign party are covered by FICA. The government can designate them as “Politically Significant Persons” who are obliged to disclose their foreign affiliations.

An online petition summarizes how FICA can be used to censor the internet:

FICA allows the Minister for Home Affairs vast powers to issue directives that can censor online content and even shut down media outlets. All that is required for the issuance of such directions is for the Minister to be of the opinion that online communications activity has been undertaken, or has been suspected of being undertaken, on behalf of a foreign principal, and that it is in the public interest to take action.

Various sectors have expressed concern about how their work can be affected by FICA. Scholars Cherian George, Chong Ja Ian, Linda Lim and Teo You Yenn published an editorial warning about how the law “casts a broad shadow over activities that academics consider not only legitimate but also necessary: activities involving cross-border collaboration, wide online dissemination, and strong social impact.”

Why does FICA have to define key terms such as “political ends”, “public interest”, and “collaboration” so broadly that it could cover the legitimate work of academics and other active citizens? A plain reading of FICA’s language amounts to a powerful statement of discomfort with debates on controversial issues. It will feed into a culture that already strongly discourages critical, public-facing academic work, encouraging further self-censorship by university administrators.

Human rights group Maruah is also worried that its ties to foreigners who advocate similar campaigns can be interpreted as a violation of FICA:

With FICA, Maruah runs this risk as any one person or an entity, could become culpable, face investigations, handle stiff penalties and live with an irrevocable reputational branding of being disloyal to the country.

No one would want to be FICA-ed and yet the terms remain unclear and general on how influence and interference could be interpreted for a political end outcome.

Law and Home Affairs Minister K. Shanmugam addressed some of the issues raised by critics and the opposition in parliament. He said that FICA is necessary to confront a big and real threat to Singapore society:

But the threat we face is people armed with bazookas, and I describe this legislation as a toy gun.

Singapore believes in the law, so we give ourselves legal powers. But in reality the kind of threats we face, the kind of adversaries and the resources they have in terms of manpower, are far greater than what we have.

He also dismissed the “doomsday scenarios” that the law would supposedly cause, reiterating that Singapore will remain a viable global hub:

So, some of these doomsday scenarios that FICA is going to close off foreign collaborations, if that is correct, we as a Government must have suddenly gone mad. Because in a country like Singapore, which depends so much on the flow of ideas and international collaboration, is that even thinkable?

He also answered the question about why appeals or petitions concerning FICA-related decisions should not be handled by the courts:

The judicial process will not be appropriate in matters where we rely heavily on sensitive intelligence, collaboration with foreign counterparts, many things cannot be publicly disclosed.

During a session in Parliament, the minister identified activist writer Kirsten Han as being among those who are allegedly spreading misinformation about FICA. He added that Han has been receiving foreign grants. Han wrote a rejoinder:

But, as we can see from this, it is the government that gets to point the finger and make accusations.

Many of the allegations made against me yesterday were claims that I had already clarified and responded to in 2018 and 2019. Under FICA, the Minister will now not only be able to continue repeating these claims, but also be empowered to act on these accusations, while my avenues for appeal will be limited, given the limits on judicial oversight.

This is why FICA is a dangerous law.

Eleven members of the Workers’ Party voted against FICA. Gerald Giam, a Member of Parliament, reminded the body that restrictive laws on the media could be a hindrance to monitoring foreign interference.

Given the risk that foreign interference poses to a small and open country like Singapore, we need to use more tools in our arsenal to counter it. By drawing on a wide range of intelligence, including research and exposure by the press, we are made more secure, not less. A free press which invests in investigative journalism can shine the light on shady activities, as well as inform and educate the public and policymakers about hostile information campaigns taking place on our shores.

Leon Perera, another MP belonging to the Workers’ Party, said that giving the government additional discretionary powers is the wrong solution:

Like all dangers Singapore faces, the solution should never be to simply give the government more and more and more broad discretionary powers that can be used against citizens, critics and opposition parties among others.

By staking so much on strengthening state discretionary powers in this manner, we diminish the role of education and trust in the political maturity of our citizens, who are better educated than ever.

Other opposition members noted that Singapore had enough laws that can help authorities protect national security and public interest, such as the Internal Security Act, the Newspaper and Printing Presses Act, the Broadcasting Act and the Protection from Online Falsehoods and Manipulation Act.