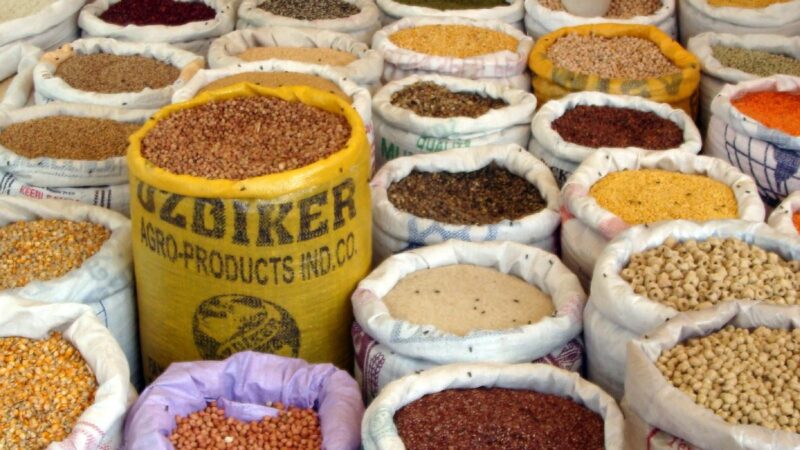 Sri Lanka is facing a food crisis. In 2021, The Sri Lankan rupee fell against the US dollar by 7.5 percent, triggering food inflation of 10 percent. On August 30, 2021, Sri Lankan President Gotabaya Rajapaksa declared an economic emergency to control the soaring food prices and to prevent traders from hoarding foodstuff. The step was taken to control the supply of basic food and set affordable prices for consumers to control inflation.

However, the government has denied that there is a food crisis in Sri Lanka, claiming that the country is lucky enough to withstand the global food crisis due to COVID-19.

Some experts are saying that Sri Lanka’s sudden move to total organic farming is what has led to this crisis. On April 29, 2021, the cabinet of Sri Lanka approved a ban on the import of chemical fertilizers and other agrochemicals. Rajapaksha then vowed to eliminate the use of chemical fertilizers in Sri Lanka, making it the first country in the world to do so.

Saman Dharmakeerthi, a Professor of Soil Fertility and Plant Nutrition at the Faculty of Agriculture at the University of Peradeniya, warned that “organic farming is not the paradigm for sustainable agriculture and food security” and this can lead to a food crisis.

On October 26, 2021, the Ministry of Agriculture mentioned in a statement that it had removed Professor Buddhi Marambe, a top adviser, from all his government positions after he criticised the government policy of moving towards total organic farming. Professor  Marambe also works in the Faculty of Agriculture at the University of Peradeniya, and the allegation against him is that he wrote articles criticising the government move and was widely quoted in the news.

What led to the food crisis

The island nation Sri Lanka imports a significant portion of its food needs, including essential items such as wheat flour, cereal, sugar and pulses. During August and September 2021, over 1,000 containers of food essentials were waiting to be unloaded from the Colombo port, with importers struggling to pay their import bills because of a shortage of US dollars. This led to a supply shortage, pushing up the price of essential foods. On October 8, 2021, the government ended the controversial price control system on essentials in a bid to end black market trading, which allowed prices to rise more.

No shortage of Food for thought amidst Food crisis.

In 2020, the pandemic had adversely affected Sri Lanka's economy, which contracted to 3.6 percent. In July 2021, the country’s foreign exchange reserves fell to US$ 2.8 billion, compared to US$ 7.5 billion in 2019. The country's debt burden had also risen dramatically over the past decade, as per World Bank figures.

However, a number of people think that the ban on chemical fertilizers is a major cause of the food crisis. A subsistence farmer voiced concern on Sri Lankan citizen journalism website Groundviews in May 2021:

If the ban on chemical fertilizer is implemented, there will be a massive reduction in agricultural output in the near term creating shortages, riots and unprecedented price rises of products and we will simply not be able to feed the population without a substantial increase in imports.

Shift to 100 percent organic — too soon?

In light of the cabinet's decision, the Sri Lankan government formally banned the import of synthetic fertilizers and agrochemicals including herbicides and insecticides on May 6, 2021. This led to a fertilizer crisis in the following months as alternatives were still to be imported.

According to a survey by Verite Research, last July, only 9 percent of Sri Lankan farmers do not use any chemical fertilizer, and 76 percent of them rely heavily on chemicals. Although many support the government decision to shift to organic, 80 percent of respondents said they needed at least one year to prepare themselves.

Some reports indicate that organic fertilizers are less efficient than chemical fertilizers, and affect productivity, reducing yield by as much as 25 percent. The situation has threatened the prized tea industry in Sri Lanka and a crop disaster is feared.

Professor Gamini Herath wrote in a two-part opinion post in the Daily FT, Sri Lanka’s national daily business paper, that “the introduction of 100% organic farming without adequate planning by experts is a perfect recipe for chaos” and “a full conversion to organic agriculture as envisaged by the government of Sri Lanka is totally unrealistic.”

The Sri Lankan government has banned synthetic fertilizers, widely used in growing tea and rice in the country, for months. The consequences call for greater nuance in conversations around fertilizer use, especially in LIMCs, where a complete shift to organic ag is unfeasible

In recent months, farmers across Sri Lanka have started protesting to demand a solution to the fertilizer crisis.

On April 29, President announced that Sri Lanka would transform agriculture from chemical fertilizers to organic substitutes. The advice of experts and practitioners in agriculture was not sought. Conversion to organic agriculture has to be done in a systematic, scientific manner based on research and lesson learning rather than being rhetoric and emotional. The end result is the farmers have come off the field onto the highways.

While there are still debates on whether the ban on chemical fertilizers is realistic or rhetoric, and what lessons can be learned from this crisis, Vidura Munasinghe warns on Groundviews:

If the state’s ban on chemical fertilizer fails; it will kill hopes for food security, healthy food, the possibility of alleviating poverty among farmers and a sustained ecosystem.