Turkey also announced its goal to achieve net-zero emissions by 2053. 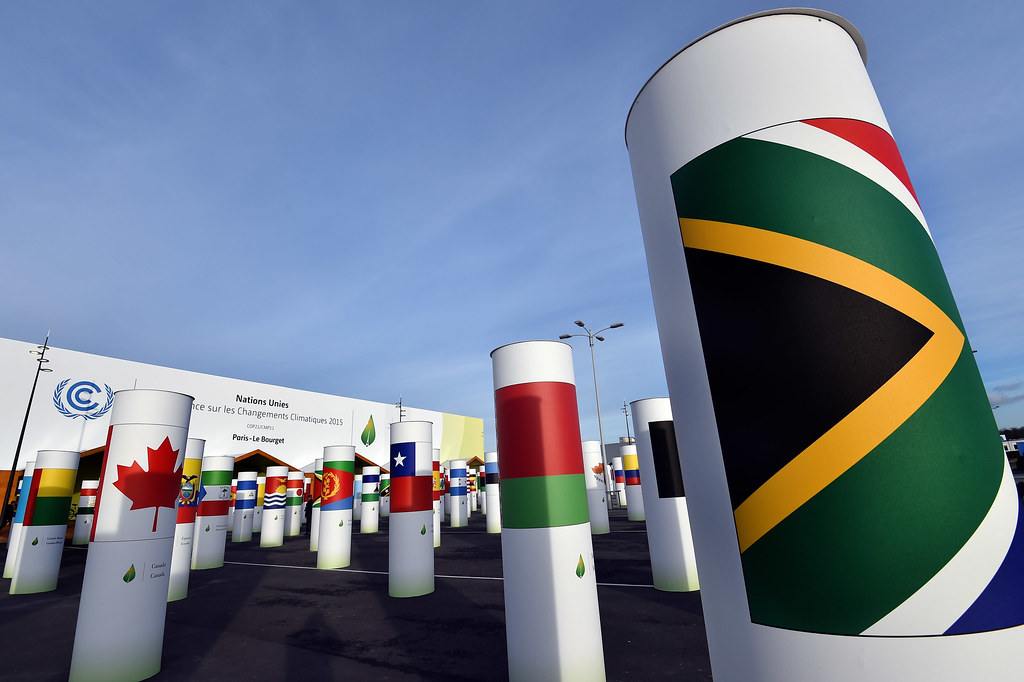 “President Zuma in France for Climate Change Conference, 29 Nov to 30 Nov 2015″ by GovernmentZA is licensed under CC BY-ND 2.0

More than five years after signing it, Turkey has become the final G20 member state to ratify the 2015 Paris Agreement, a legally binding international treaty on climate change. On October 7, the Turkish parliament approved the bill unanimously. The decision comes ahead of the 2021 United Nations Climate Change Conference, also known as COP26, taking place in Glasgow this year, between October 31 and November 12.

Turkey also announced its goal to achieve net-zero emissions by 2053. But signing the agreement is not enough. According to Climate Action Tracker, the country's efforts to reach the Paris accord's goals are “critically insufficient.”

Meanwhile, this summer, Turkey experienced the worst series of natural disasters and environmental crises to date.

Drought in Lake Van caused thousands of flamingoes to die in July, while a substance called “sea snot” covered the coasts of the Marmara Sea for months, making the seashore unusable. In August, some 240 wildfires raged through Turkey's southern coast. Shortly after the fires, Turkey's Black Sea region was hit by flash floods and mudslides because of torrential rain. Local experts have also voiced criticism over the government's lack of a comprehensive and holistic climate change policy and excessive construction projects which disregard environmental damage. According to Climate Action Tracker, “Turkey's climate policies and commitments reflect minimal to no action and are not at all consistent with the Paris Agreement. Under Turkey's current targets and policies, emissions will continue to rise and are consistent with more than 4°C warming.”

The agreement was initially adopted by 196 Parties at COP21 in Paris in December 2015. Known also as the Paris Accords or the Paris Climate Accords, it came into effect in November 2016. Its goal is to limit global warming to well below 2, preferably to 1.5 degrees Celsius, compared to pre-industrial levels.

The indicators estimated by the Climate Action Tracker for Turkey call for immediate action, which authorities are struggling to ignore. In an interview with Politico in August 2021, Levent Kurnaz, director of Istanbul's Boğaziçi University Climate Change and Policies Research Center, said, “They will change because they have to change now. They have seen how serious this issue is and how much harm can come out of these problems in the future, as well.”

Speaking to Al-Monitor, co-spokesperson for Turkey's Green Party, Emin Ozkan agrees, adding that floods and wildfires from this summer, and the country's economic crisis “are pressing the government from every angle.”

Though President Recep Tayyip Erdoğan delivered an environment and climate-focused speech at the UN General Assembly in New York last month, where he also announced Turkey's decision to ratify the Paris Agreement, critics say the threat of climate change was not what spurred the ratification. The decision came shortly after Erdoğan received guarantees of financial support from France, Germany, the World Bank's International Finance Corporation, and the European Bank for Reconstruction and Development, according to reports by Politico and Reuters.

Previously, Ankara said the reason it had not signed the agreement was because of unfair classification. Turkey was ranked as an Annex I group country — a “developed” or “industrialized” country — which prevented it from seeking funding, unlike nations ranked as “developing.” After sending a request to the secretariat of the United Nations Framework Convention on Climate Change (UNFCCC) to have its name removed from that list, the country expects to finalize its ranking at the upcoming summit in Glasgow.

In January this year, 37 local non-governmental organizations signed a petition calling on the government to ratify the Paris Agreement. Now that the government finally approved the document, all eyes are on the ruling government and the implementation process.

On October 7, 15 local environmental groups released a statement, recommending the government adopt short-term targets if it wants to meet its goals to reduce emissions by 2053:

In an interview with Al-Monitor, Onder Algedik, a mechanical engineer and independent climate consultant, said, “the Turkish government should ‘urgently’ shut down coal-fired power plants, stop subsidizing fossil fuel investments and redirect funds to advance energy-efficiency projects under a plan to achieve net-zero emissions by 2050.” How exactly the ruling government will carry out its plans is yet to be seen.

According to the Climate Transparency Turkey report, Turkey draws 38 percent of its energy from coal and continues to invest in new coal-fired power plants. In May this year, the energy ministry announced that it would award around 500 coal mines to investors in public tenders.

On October 12, speaking after the Presidential cabinet meeting, President Erdoğan announced plans to establish a “Climate Change and Compliance Coordination Board” within the renamed “Environment, Urbanization and Climate Change Ministry” (previously the Environment and Urbanization Ministry). A council meeting is set to take place in January 2022, where the rebranded government body will determine a long-term strategic action plan to combat the climate crisis, according to Environment and Urbanization Minister Murat Kurum.