Secret documents show how the Rejepovs profited from government contracts 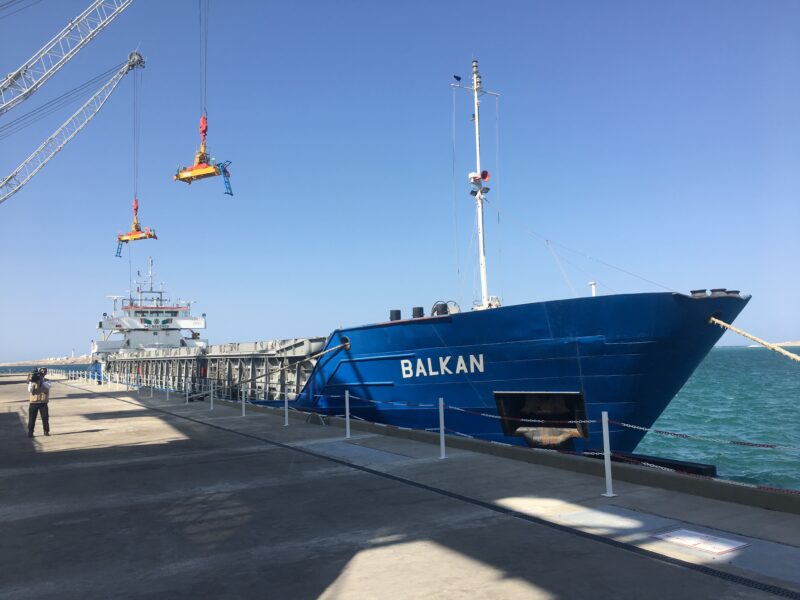 The Pandora Papers leak, showcased this month at the Organized Crime and Corruption Reporting Project (OCCRP) and several other partner outlets, further exposed the practice of using companies registered in Europe and the US as offshore fronts for politically-exposed persons (PEPs). Out of several news articles published using the trove of data leaked to investigative journalists, one focused on the nephews of Turkmenistan's President Gurbanguly Berdymukhamedov, secretly tied to foreign-registered companies, profiting from the export of petrochemicals and fertilizers.

Turkmenistan is home to Central Asia's most secluded authoritarian government. Berdymukhamedov has ruled virtually unopposed since the death of Saparmurat Niyazov, the country's first iron-fist leader, who ruled from 1991 to 2006.

The OCCRP report highlights how documents retrieved in the Pandora Papers leak tie sales of mineral fertilizers to Berdymukhamedov's nephews, Hajymurat and Shamyrat Rejepov, a scheme that could have earned them dozens of millions of dollars in government contracts.

In September 2018, Turkmenistan unveiled a new, export-oriented US$ 1.5 billion chemical factory specialized in the production of urea, a mineral fertilizer. The plant uses natural gas, of which Turkmenistan has rich deposits, to produce 2,000 tons of ammonia a day, which is then refined into urea.

International companies, such as Turkey's Gap Isaat and Japan's Mitsubishi Corporation, were involved in the construction, funded by a loan from Japanese Bank for International Cooperation.

The construction of the factory also had an effect on the landscape of the town of Garabogaz, on the Caspian Sea coast, where the port was rebuilt to host facilities to export the fertilizers.

The ultimate beneficiary of this company was Hajymyrat Rejepov, OCCRP found. Before this was exposed through leaked documents, Caran Holdings was headed in open registries by “nominees,” or intermediary officers whose role is to mask any link with PEPs. Caran Holdings is registered in an office space in Edinburgh, just steps away from the Scottish National Portrait Gallery.

The secretive characteristics of SLPs have raised concerns in Scotland, where transparency advocates have voiced their suspicion that these types of companies might shield opaque dealings.

Another revelation from the Pandora Papers showed that Hajymyrat's brother Shamyrat was granted power of attorney in 2020 at Delanore Group, a petroleum and chemical products trader based in Turkey and tied to construction projects in Turkmenistan since the early 2000s.

While the extent of the wealth that the Rejepov brothers could have accumulated through their behind-the-scenes involvement with these companies, leaked real estate ownership in Dubai shows that they own 16 apartments in some of the city's most expensive high rises, an estimated collective worth of US$5.5 million, according to OCCRP.

Turkmenistan remains a secretive country, where information is carefully filtered. Besides Turkmen.news and Gundogar.org, which partnered with OCCRP, only Turkmenistan Chronicles, another opposition-in-exile news outlet, reported on the investigation.

Earlier in May, OCCRP and its partners unveiled in another report that Hajymyrat Rejepov benefited from a food import scheme, a subsidized contract between foreign suppliers and state agencies. Greatcom Trade, Rejepov's company, registered in Britain, was owned by two offshore companies he controlled. In 2016, the government awarded Greatcom a US$ 25.7 million contract. “It likely wasn’t a one-time deal,” the report argued.

In 2006, anticorruption watchdog Global Witness published a report on Niyazov's handling of the country's gas wealth. It unveiled links with Germany's Deutsche Bank, which allegedly held around US$ 2 billion of Turkmenistan's proceeds from the sale of natural gas. However, the report argued that “it seems that no money from the sale of Turkmen gas even makes it into the national budget,” and was instead managed personally by Niyazov.

In Kazakhstan, Hola News, a popular news site, was blocked for 10 days after it published an article highlighting an OCCRP report based on the Pandora Papers. The article alleged the potential exposure of the country's former president in an offshore scheme. After taking down the article from the website, Hola News's founders and editor resigned in protest, citing their unwillingness to work under pressure from the authorities.

Together with previous leaks, the Pandora Papers have allowed the public to have a peek into the global financial schemes that have channeled capital out of the reach of governments and into the pockets of PEPs.