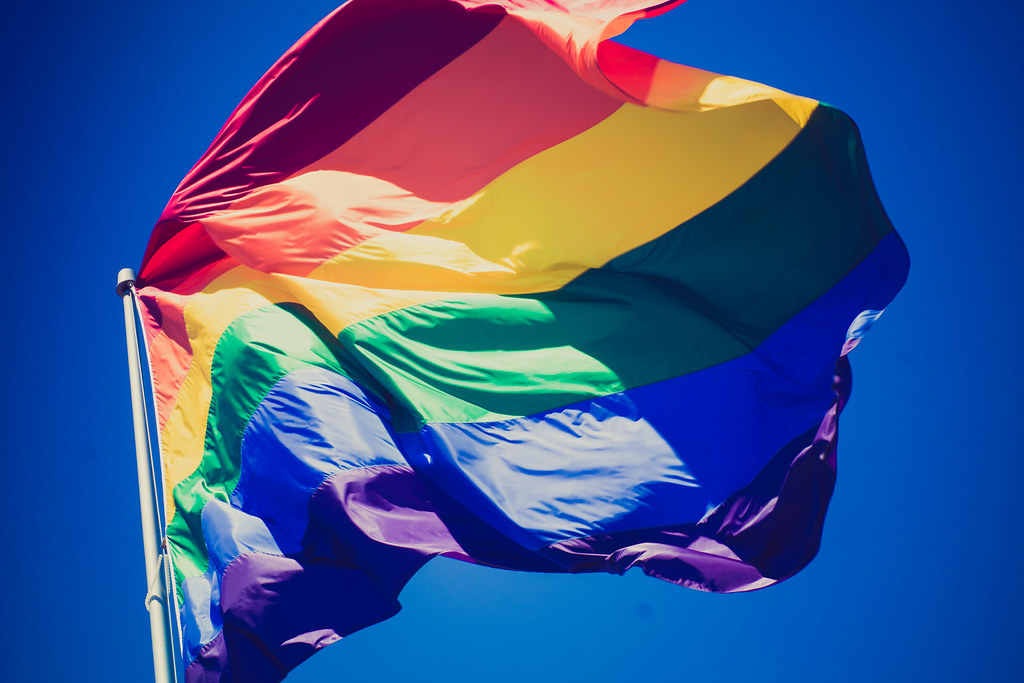 The March of Dignity, scheduled for July 5 as part of Pride week, was canceled [3] amid violent attacks by anti-LGBTQ protestors. At least 50 journalists [4] were battered [5] and a violent mob stormed and ransacked  [6]the offices of the march's organizers — Tbilisi Pride and the Shame Movement, two liberal activists groups. In the following days, another mass demonstration [7] outside the parliament building was met with violence by far-right groups.

March organizers described [8] the violence on July 5 as a “war declared against civil society and democratic values and the European course of the country.” The political [9] turmoil [10] in [11] the country since this summer [12] adds weight to the July statement. Global Voices spoke with Giorgi Tabagari, 35, founder of Tbilisi Pride on recent anti-LGBTQ+ developments and the plight of the country's queer community.

Global Voices: Let's start with the most recent police violence that was reported in Tbilisi at the re-opening of a gay bar earlier this month. What happened that night?

Giorgi Tabagari: It is actually an old bar that is located on a queer street in Tbilisi. Because of the pandemic it was closed. Naturally everybody was excited to come to the opening. Especially after this summer, it was important to see people back, having fun. In Georgia, due to pandemic, all public spaces close at 11 pm. So after closing down, just a few minutes later, police showed up, and started asking questions. The next thing I see is a colleague of mine dragged by the police. So when I started asking questions, police took me too. I was locked up in the police car for several hours. I felt so angry about the way police treated us. They treated us as criminals while the real criminals are out on the streets.

Police have made several arrests including Tbilisi Pride cofounder Giorgi Tabagari at the reopening of Success, a gay bar in Tbilisi. The Interior Ministry has not yet commented however the incident took place after 23:00, when venues must close due to COVID-19.

Tabagari was eventually let go, as were his friends.

All three people who were arrested have been released, according to @TbilisiPride [16]. The group said they were ‘outraged’ by the actions of the police and that the incident was ‘part of a broader process aimed at repressing LGBTQ activists and civil society as a whole.’

GV: Going back to the summer protest. Why do you think there was so much violence on the streets of Tbilisi? What has changed?

GT: There are several reasons. The first reason is the current government. The current Prime Minister [Irakli Garibashvili] has the lowest human rights track record. He has been very controversial in his statements and policies. Shortly after the march over the summer, the current PM said that 95 percent of the Georgian population were against the Pride March so the LGBTQ+ community must obey. This is unacceptable for a democratic leader who at the same time strives for the European integration.

The second reason, are the right-wing and anti-liberal forces who have gained popularity and following in recent years. They are organized, well funded, and almost militaristic in their operations. During the protests this summer, they knew all of our locations. I remember changing locations at least seven times in one day and these groups were always at the locations even before the police. We suspect they also have connections to the secret service. They also use social media platforms to mobilize people and spread their message. And finally there is the Georgian Orthodox Church — the ultimate anti-liberal institution.

It is a triangle of cooperation between the church, radical forces, and the government which willingly cooperates with them. This is how they operated. In their rhetoric, Alt-Info people are vocal of their support for Trump, [Matteo] Salvini in Italy, Orban, the Polish government, they are well networked, and like to brag that there is an alternate Europe now, that there is no longer “GayRopa” or Europe that supports human rights and other values. So it has a lot of international dimensions as well.

Tabagari has spent the last three years, working with social media platforms to take down some of the content and pages set up by right-wing groups such as Alt-Info, with partners such as the Atlantic Council's Digital Forensic Research Lab. Although the group has succeeded in removing most of the content, it has been hard to keep up.

According [18] to DFR Lab: “In October 2020, Facebook removed [19] around 130 assets linked to Alt-Info, which engaged in coordinated inauthentic behavior and used the platform to distribute hyper-partisan and anti-liberal content. In November 2020, Alt-Info created a channel on Telegram, as well as groups in WhatsApp and Viber, and asked its followers to continue watching Alt-Info videos on these platforms. It also created the ‘Alt-Info’ app, which can be used to watch Alt-Info videos and read articles from its website. This move seems to be motivated by the fact that, unlike the mainstream social media platforms (Facebook and Twitter, in particular), encrypted messaging apps have greater challenges when it comes to content moderation policies, and are thus increasingly a safe haven [20] for fringe groups across the political spectrum.”

Groups like Alt-Info not only spread hate but also misinformation. When crowds gathered to mark the death of a journalist, Lekso Lashkarava, who died [21] as a result of a mob attack on July 5, Alt-Info YouTube host Irakli Martinenko claimed [22] Lashkarava was sacrificed by liberals. Other ultra-nationalists have jumped on the bandwagon [22].

GV: What has been the response from Brussels? Is there room for dialogue?

GT: EU officials have stopped all their official visits. I don't think there is any room for dialogue. After the protests I have no room for hope left in me that this government will change human rights situation to the better. The only way the change can happen is with the government changing, and shifting away from single party rule. Unfortunately the opposition lost the most recent election.

But it is not all bleak. On July 6, thousands gathered to protest the anti-LGBTQ+ violence and mobs — a sign of social change explains Tabagari. “Three years ago, when I arrived in Tbilisi, things were different. There was so much prejudice against LGBTQ+ rights. This year, we have had celebrities, TV hosts, the entire media spectrum were on our side. We had co-organizers and sponsors — civil society organizations, businesses. Tbilisi Pride is becoming a trendy brand. People like to wear our face masks and we did have a great festival during the Pride week after all.”

“Our main goal is to keep growing our community of supporters, and public support. This gives us a sense that we are on the right track. We have been present in the media and we plan to stay visible. This is the only way. When the government fails to educate the public, it is up to us to educate, and change opinions.”