Sacred horses are considered messengers of the gods 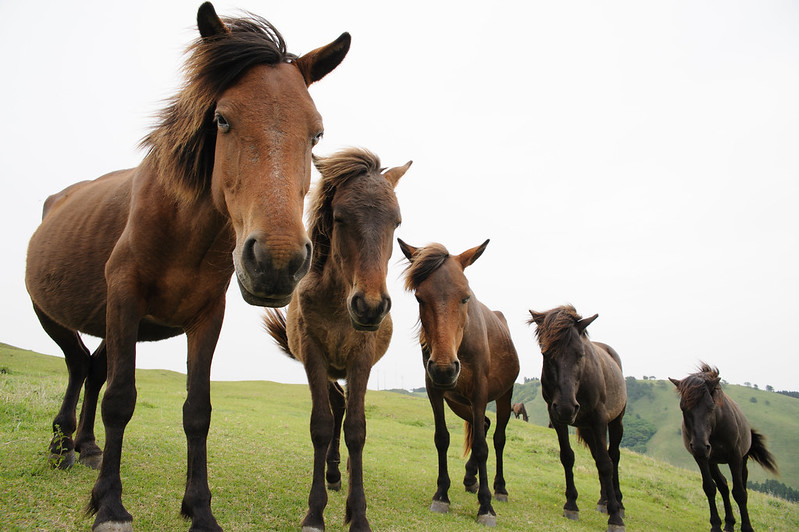 A popular post on Japanese Twitter provides a glimpse into the long connection between horses and Shinto shrines in Japan.

The tweet, which has been shared over 5,000 times so far, shows a woman riding a horse through a McDonald's drive-through, somewhere in Japan.

I'm going through the drive-thru! And an employee took our photo!

The video was posted by the “public Twitter account of Izume, the ‘sacred horse’ of Yoshikawa Hachiman shrine” (吉川八幡神社 御神馬 いづめ 公式), a Shinto shrine located in Nose, in the mountainous and largely rural northwest corner of Osaka prefecture.

The rider is a miko (巫女), a woman employee and acolyte who works at the shrine, while the horse—according to his Twitter bio—is a four-year-old stallion that resides at Yoshikawa Hachiman shrine.

A native kiso horse, Izume was consecrated in October 2019, to mark the start of Japan's Reiwa era. Shrine visitors are encouraged to feed Izume his favorite foods, which include bananas and carrots. However, since Izume is a sacred horse, no petting is allowed.

Sacred horses (神馬, shinme, shinma, kami-uma) are considered to be messengers of the gods, and have a deep and reverent association with Shinto shrines in Japan. According to the Mie prefecture's Cultural Affairs department:

The lives of ancient people [in Japan] were greatly influenced by nature—it was thought that God dwelled in nature, and connecting to God through prayer was important. There were many ways to pray, and making offerings and other dedications to a living horse was one of them.

Consecrated horses were once typically kept at shrines in Japan. However, due in part to the high cost of feeding and caring for them, some shrines used a symbolic substitute called an ema.

Made originally of fired clay, and later wood and sometimes paper, ema are small tablets where worshippers write prayers or messages to the gods. They are now widely available at Shinto shrines all over Japan. 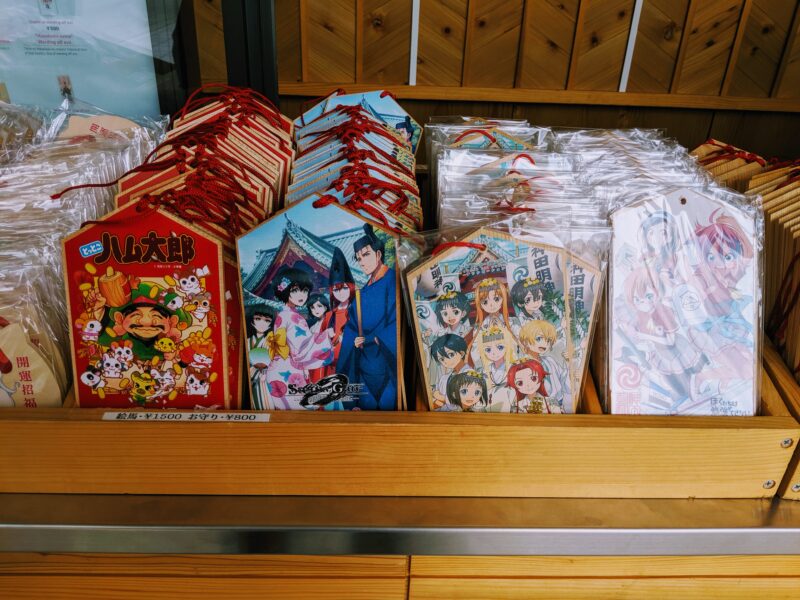 The history of the Yoshikawa Hachiman shrine dates back over 1,000 years, when the site was dedicated to a natural spring that served locals as their main source of water.

Eventually, the shrine also housed a Buddhist temple devoted to Yakushi nyorai (Bhaisajyaguru), the Buddha of healing and medicine in Mahayana Buddhism. The main votive deity of the Yoshikawa Hachiman shrine is the mythical Emperor Ojin, who is said to have reigned between 200 and 300 CE, and who is posthumously worshipped as the deity Hachiman (八幡神), the god of war.

Today, the small shrine is known locally—and, thanks to its social media presence, online—not only for Izume the horse, but also for its live music performances and two decommissioned railway carriages, a gift from a local railway company that ceased operations in 2016.

As Izume heads off for some cuddling time with his “Mom”, you can follow his adventures on Twitter: