Grunge versions of the Haitian and Jamaican flags by Nicolas Raymond on Flickr, CC BY 2.0.

On October 21, news broke in Jamaica that Mario Antonio Palacios Palacios, a Colombian national wanted in connection with the assassination of Haitian President Jovenel Moïse on July 7, had been arrested in Manchester in central Jamaica, and was being held on immigration charges.

In a short statement to the media, the Jamaica Constabulary Force noted:

Jamaican police confirm that a Colombian national arrested on the island.

Police didn't name the man but he's believed to Mario Palacois Palacios, a key suspect in the assassination of Haitian President Jovenel Moise.

According to a brief Associated Press report, police spokeswoman Stephanie Lindsay said that calls were being made to various officials to confirm details, and that more information would be released soon.

In an interview on local radio on October 21, Miami Herald reporter Jacqueline Charles, who covers Haiti and the Caribbean and had reported the news earlier, confirmed that this was a “high profile case,” and that Palacios had been in custody for “a while,” likely about a week.

Palacios is allegedly a member of the four-man “Delta team” that gained access to the presidential home on July 7, assassinating Moïse and seriously injuring his wife, First Lady Martine Moïse. Two of the four have been killed, one was arrested, and Palacios was on the run. 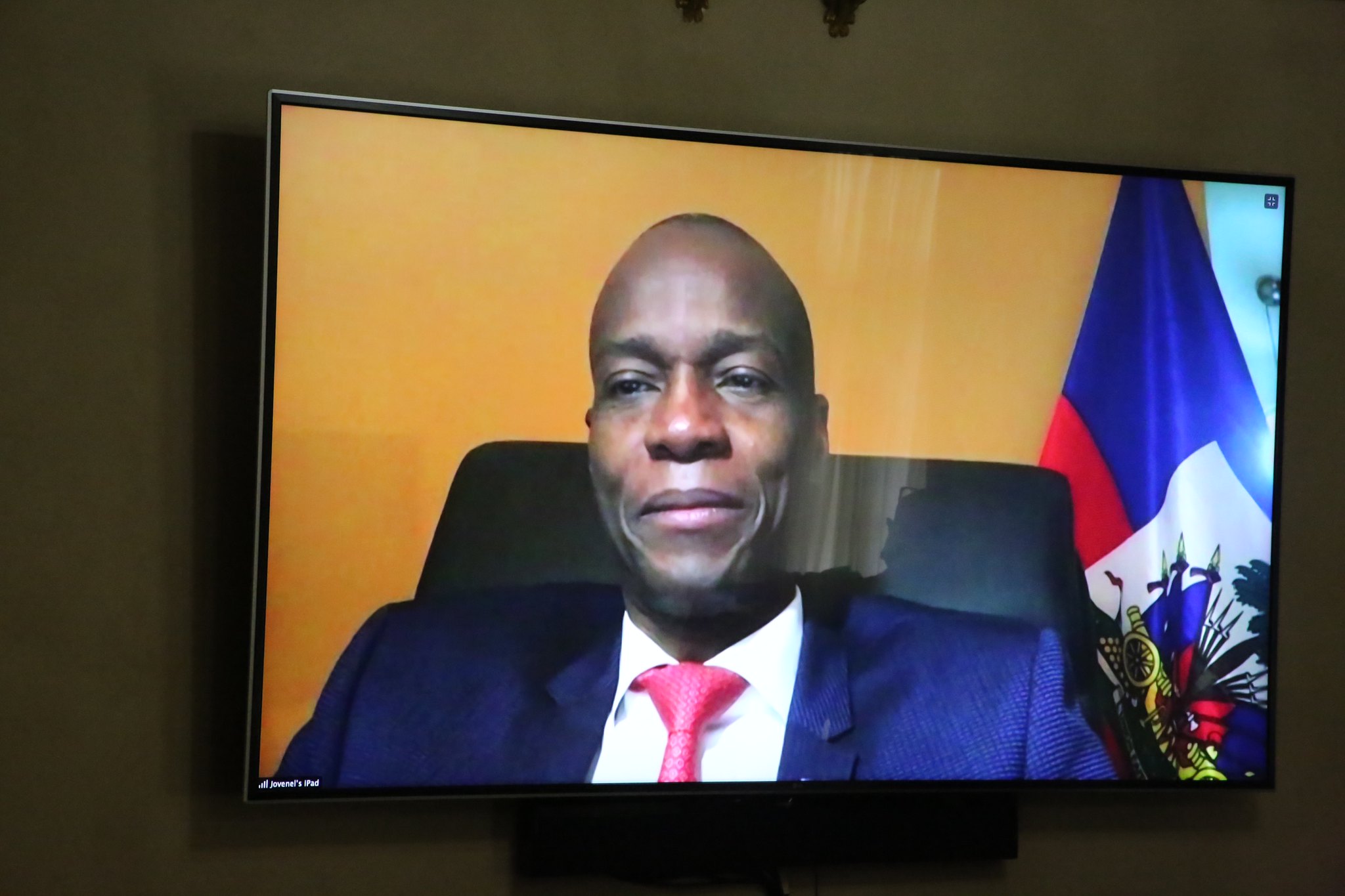 The late Haitian president, Jovenel Moïse, during a video conference with then president of the Dominican Republic, Danilo Medina. Photo by Gobierno Danilo Medina on Flickr, CC BY-NC-ND 2.0.

Although a total of 44 people have been arrested in Haiti in connection with the attack, the president's murder remains unsolved. Incidentally, news of the resignation of Haiti's police chief broke on the same day as the reports of Palacio's arrest.

The question remains, however, as to how Palacios arrived in Jamaica, perhaps taking a boat rather than over the border from Haiti to the Dominican Republic. There has also been speculation as to whether or not the United States will make an extradition request, given Washington's involvement in Haiti.

While in hiding, Palacios reportedly gave an interview—in Spanish—to the Colombian media house Semana, which has been translated into English, here. In it, he claims that Haitian police are “crooked,” and that by the time he arrived on the scene, the president was “already dead,” which was the point at which he discovered the “twist” in the plan, echoing the Colombian authorities’ position that the Colombian ex-militia involved in the operation were deceived.

Jamaicans reacted on social media with a sense of “What next?” after a week that was chock-full of dramatic local news. One tweeted:

So who is going to write, produce and direct the movie “7 days in Jamdown”?

The last week or so been wild as hell.

Not even the best of the best in Hollywood could script the last few weeks on this rock. My gosh man. Is what? https://t.co/XmmIYyVHHY

There were also questions raised regarding Jamaica's border security:

Meanwhile, Jamaicans await further news on the matter, and are hoping for less turmoil in the coming weeks.

Antigua and Barbuda  3 days ago
END_OF_DOCUMENT_TOKEN_TO_BE_REPLACED