The NGO International Film Festival is the first in the continent 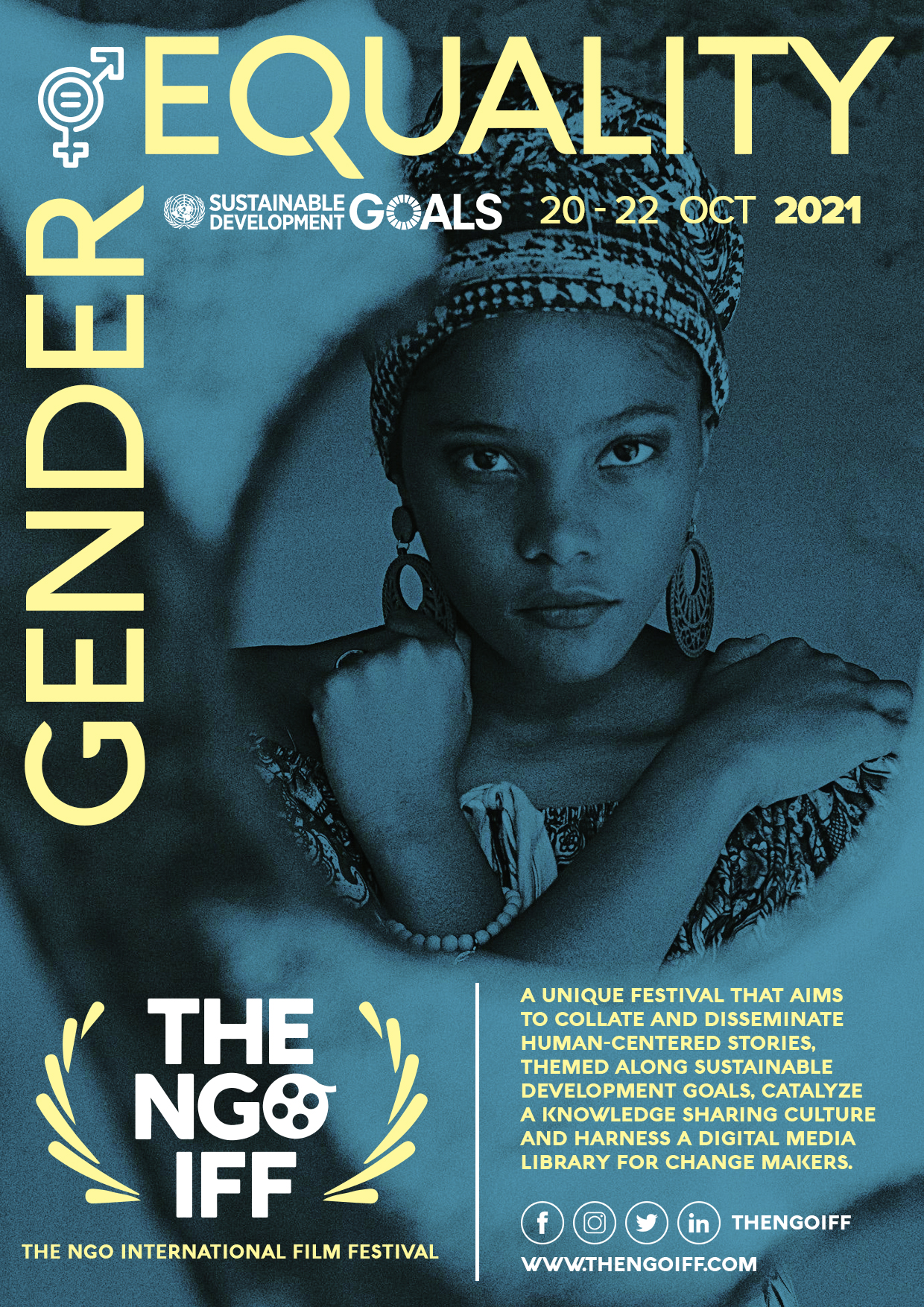 A poster of the NGO International Film Festival. Image provided by Taye Balogun and used with his permission.

Films that unpack the global Sustainable Development Agenda (SDA) will be featured and screened in the first virtual NGO International Film Festival (NGOIFF) from Oct. 20 to 22, 2021.

The NGOIFF, the first of its kind aimed at an African audience, intends to forge a platform for storytellers, filmmakers, development experts, and other stakeholders to learn and share experiences on documenting and telling stories on sustainable development.

Apart from the film screening, the festival will also feature workshops that facilitate conversations and actions among a diverse mix of creatives, innovators, activists, and campaigners working on the Sustainable Development Goals. The SDG, propelled by the United Nations, hopes to increase attention and action on poverty, women and girls empowerment, and the climate emergency. This cross-pollination of ideas at the virtual film festival will aid in knowledge and skills transfer among the participating activists. The film festival will make these films available to five universities which will use them as teaching tools.

Nigerian-born and Nairobi-based Taye Balogun, NGOIFF festival director, emphasized that “films have the power to unpack complex concepts in a way that people can easily understand.”

Balogun, who spoke to Global Voices via Zoom, stated that many films by developmental NGOs, produced yearly “are not usually screened in mainstream film festivals,” which is why there is a need for this festival.

“Over the years NGOs have been documenting their stories and experiences but most of these films are not widely distributed for other people to learn from,” he said. “The film festival is created purposely to showcase these films and create opportunities for dialogue.”

With such a limited audience, the knowledge from NGO films rarely reaches a wide audience and the lessons documented don't spread, according to Balogun.

“How do we learn from the tested and trusted techniques deployed by the farmers in Malawi to fight climate change?” Balogun asked. This is just one example of useful information that can appear in some of these films. But since the audience of these films is limited, the knowledge generated from these NGO films is neither widely shared nor replicated. This is a core gap that this festival wishes to bridge.

The film festival attracted a total of 90 films from 150 organizations on 4 continents. Only 40 films were shortlisted, out of which 20 films will be screened at the festival. This selection was carried out by a jury of eight reputable global experts in sustainable development goals, including Nigeria's anti-corruption activist Hamzat Lawal, Kenyan film producer Sarika Lakhani, and the CEO of a Myanmar-based EdTech social enterprise Hla Hla Win.