On National Heroes Day, Jamaicans at home and abroad pay their respects to ‘son of the soil,’ General Colin Powell

'He had some tough moments around our wars, but was a fundamentally good and decent man' 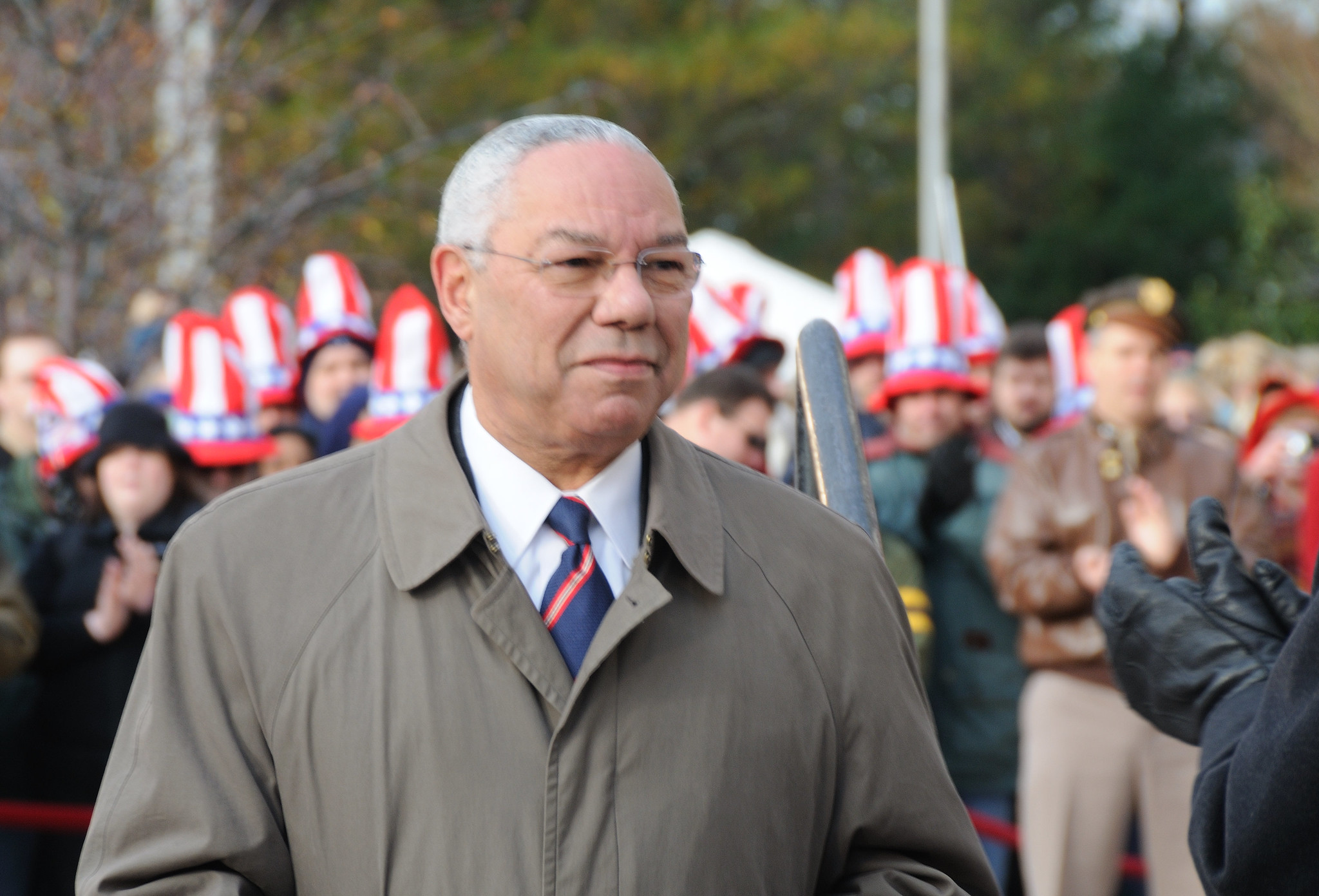 General Colin Powell, after reading the Gettysburg Address at the grand reopening of the Smithsonian National Museum of American History. Photo by Scott Ableman on Flickr, CC BY-NC-ND 2.0.

On National Heroes Day, Jamaicans awoke to the news that General Colin Powell, a decorated military man and the first African-American U.S. Secretary of State, had passed away at the age of 84 from complications of COVID-19.

The Jamaica Gleaner put together a fitting tribute of his life in a slideshow:

PICTURE THIS: Jamaican elected and community leaders in the United States have described late former US Secretary of State #ColinPowell as an icon and a man of excellence. Powell died on Monday, October 18, 2021, from COVID-19 complications. He was 84. pic.twitter.com/mCgpKLGeD9

A Vietnam War veteran, Powell became the United States’ first Black national security adviser in 1987. Two years later, President George H.W. Bush appointed him as chairman of the Joint Chiefs of Staff; at age 52, Powell was both the youngest and the first Black person to hold the position. In 2000, President George W. Bush appointed Powell as secretary of state. Despite being a Republican—and having served in two Republican administrations—Powell endorsed Barack Obama, Democratic candidate for the U.S. presidency in 2008.

Jamaicans’ holiday weekend had already been rocked by drama—the bizarre deaths of participants in a cult ritual at a church in Montego Bay, and the search for two abducted girls, both found alive—so reactions to Powell's passing were comparatively low key. However, Prime Minister Andrew Holness tweeted his condolences:

(1/3) On behalf of the Government and people of Jamaica, I extend heartfelt condolences to the family of former US Secretary of State, General Colin Powell, as well as the people of the United States.

I am saddened to learn of the passing former Secretary of State, Chairman of the Joint Chiefs and son of Jamaica, Colin Powell.

He was an outstanding Soldier and Diplomat.

Condolences to his widow Alma, his children and extended family.

Saddened by the passing of one of the finest military leaders I had the privilege and honour of meeting, General Colin Powell. I share below my recollections of that meeting (written 2001). RIP General! pic.twitter.com/5aggicvmjr

Jamaican filmmaker Justine Henzell recalled her meeting with Powell during the filming of One People: A Celebration, a documentary celebrating Jamaica’s 50th anniversary of Independence:

I had the honour of interviewing General Colin Powell for the documentary “One People – The Celebration” for Jamaica 50 in 2012 and heard 1st hand how proud he was of his Jamaican ??heritage and how it shaped him. #RestinPower #AnOfficerandaGentleman @zacharding27 pic.twitter.com/Nf4mTs1YVv

Several Jamaicans and Americans shared memories of General Powell's visit to Jamaica on this occasion. A Nation of Islam member recalled Powell’s shared Jamaican heritage with Louis Farrakhan (who had a Jamaican father), and their meeting in Jamaica with then Minister of Culture Lisa Hanna, at the Independence Day celebrations:

Colin Powell and Louis Farrakhan confer with Jamaica's Minister of Culture, Lisa Hanna. Powell and Farrakhan, both of whom have parents hailing from the island…
_#colinpowell #louisfarrakhan #Lisahanna #world pic.twitter.com/z8VAHuMQkf

One of the highlights of my career was interviewing the great Colin Powell in 2012. @WPLGLocal10 sent me to Jamaica to cover the country’s 50th Independence Celebration where we ran in to Powell at a ceremony. RIP General Powell. Thank you for your service to our country. ???? pic.twitter.com/ehIuDVbDDh

I remember when he visted his family homeland in Jamaica. RIP Colin Powell https://t.co/9ItzohiHBD

In 1997, Powell and his wife, Alma, had visited the small cottage in Top Hill, St. Elizabeth where his parents lived before migrating to the United States. He was serving as an election observer in Jamaica at the time.

Both the Jamaican diaspora in the United States and the country's African-American community flooded Twitter with messages. One diaspora magazine shared a video made by General Powell in June, in which he paid tribute to the political achievements of Vice President Kamala Harris (whose father is Jamaican), and Shirley Chisholm (whose parents were from Barbados). Harris's father, a Stanford University Professor Emeritus, received an Order of Merit in Jamaica's National Heroes Day National Awards.

General Powell was the first person with Jamaican roots to serve in the White House, preceding Vice President Kamala Harris, who commented on his passing and his trailblazing career on CNN.

General Colin Powell’s death is so shocking and heartbreaking. He had some tough moments around our wars, but was a fundamentally good and decent man and a great American we could all be proud of. I know my Caribbean-American fam certainly are. Wishing peace to his soul & family. pic.twitter.com/5A6KZzjkFF

However, not all Jamaicans shared those warm feelings. Despite his reputation for decency and integrity, Jamaicans—and the Caribbean in general—had qualms about General Powell’s involvement in the Iraq War.

One Jamaican expressed his disapproval of General Powell's role in the conflict:

He was Secretary of State under the Bush administration.

He was the one who made the case for an invasion of Iraq, and straight up presented false evidence to the UN to try to justify it.

He was also proud of his time as a US soldier in Viet Nam.

He deserves no respect.

There was a COVID-19 postscript to General Powell's passing. Powell was fully vaccinated but was being treated for multiple myeloma, a type of blood cancer. This sparked some discussion among Jamaicans regarding the effectiveness of the COVID-19 vaccines—a contentious issue, in light of Jamaicans’ continued vaccine hesitancy.

Whether feeling pride at this son of Jamaican immigrants’ remarkable rise from Harlem to the heights of U.S. politics or harbouring doubts about his role in a highly controversial war, there is no doubt that Jamaicans continue to celebrate the achievements of their countrymen.

One member of the Jamaican diaspora summed it up this way:

Although American-born, General Colin Powell, with his deep connection to his rural roots, was one of Jamaica's highest achievers.