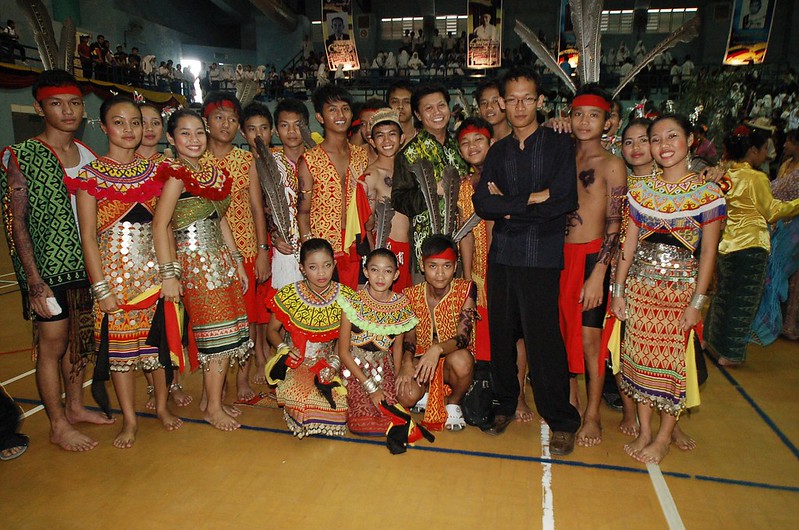 A group of students from Universiti Teknologi Petronas in Perak has organized a webinar [3] to promote Malaysia's indigenous languages. Global Voices interviewed them about how they maximized digital platforms in launching the event and spreading awareness [4] about the need to protect the country's indigenous languages.

Indigenous people make up [5] about 13.8 percent of the Malaysian population. There are 137 indigenous languages in the country.

The students note that very few Malaysians are seeking to learn indigenous languages:

Based on observation, many indigenous groups, especially the youth, are leaving their hometown (kampung in Malay) for more urban settings, where more opportunities are available. They also are learning more commonly-used languages such as Chinese, outside of the mandatory Malay and English languages in school curriculums. However, the reverse situation of this phenomenon is almost unheard of. There are fewer Malays, Chinese or Indians who are seeking to learn indigenous languages at a conversational level.

They also pointed out the impact of the pandemic in the efforts of various groups to promote indigenous languages:

The COVID-19 pandemic has also affected the progress of many of these organizations in their efforts to promote the indigenous languages of Malaysia. This is because for some, all their in-person events had to be cancelled, their source of income was cut, and they had to adapt to using digital tools to continue their efforts in the internet space.

The students hope that through the webinar themed “Promoting Indigenous Languages of Malaysia” or PILM, they can spark greater interest among fellow students about the importance of learning indigenous languages.

The webinar was held [6] on September 18 and 19 and featured talks, educational sessions, storytelling workshops, and performances. One of the speakers was Eddie Avila, director of Rising Voices, who discussed [7] “Indigenous Language Digital Activism and the Upcoming International Decade of Indigenous Languages 2022-2032.”

The team behind the PILM also launched [8] poster and song competitions to generate interest and draw more people to the webinar. They received around 29 submissions before the event.

They explained how the poster competition challenged students to reflect about the role of indigenous languages in shaping the country's culture and history:

The group also appreciated the participation of non-indigenous students in the song competition:

Participants underscored how doing more research is crucial in strengthening the campaign to promote indigenous languages:

In the preparations for the event, we have learnt that a lot of research has to be done to ensure that the information we put out is as accurate as possible. This involved looking deep into research journals and asking those who were from the culture themselves.