Is the shutting down of Chinese LinkedIn the end of foreign big tech’s engagement with China?

What is the "challenging environment" in China? 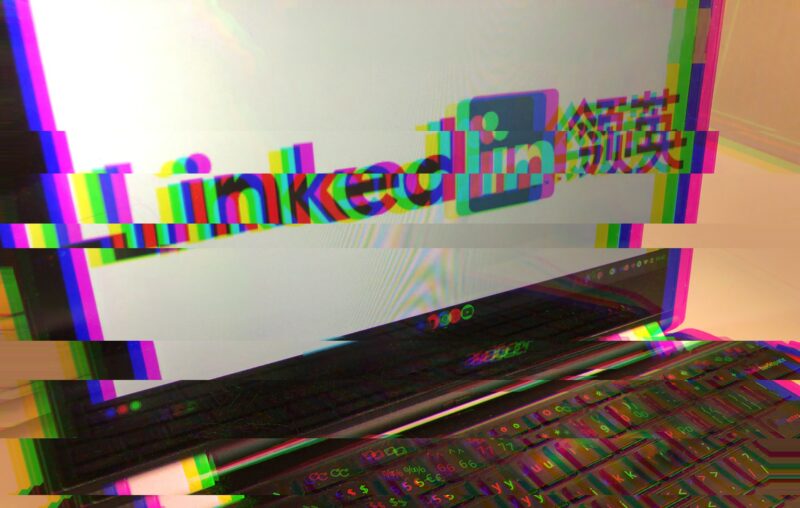 Microsoft announced on October 14 that it has decided to shut down the localized Chinese version of LinkedIn in China.

The business and employment-oriented social media platform launched its Chinese version in 2014 based on the requirements of the Chinese government about social media platforms. However, the company’s strategy is no longer able could to work in China, its “sunset” decision being motivated by “a significantly more challenging operating environment and greater compliance requirements in China.”, as Mohaf Shroff, Senior Vice President of Engineering at LinkedIn wrote on LinkedIn’s official blog.

LinkedIn’s Chinese version has more than 50 million domestic users. It has been the only major social platform allowed to operate in China by a U.S. company. The latest decision implies that LinkedIn will soon join Google, Twitter, Facebook among others in the China list of blocked sites and its users in mainland China would have to circumvent China’s internet censorship to access LinkedIn.

Upon the shutting down of the social networking site, the Chinese branch of LinkedIn will launch a Chinese job search application, InJobs, to serve job seekers in China. But the new service will not allow users to create and share content.

Caught between censorship and users’ needs

Since the launch of its localized version, LinkedIn has been caught in a crossfire between Chinese government censorship requirements and its users’ criticism over its censorship practices.

On the other hand, since 2014 human rights activists, academics and journalists have slammed company for censoring content that is sensitive inside China. In order to satisfy the Chinese government’s requirement, LinkedIn users from mainland China have been banned from posting sensitive content like photos, reports and commentaries about the 1989 Tiananmen Massacre. As for overseas users, posts that contain sensitive information would be blocked in the Chinese LinkedIn network.

In recent years, LinkedIn has extended its censorship to overseas users’ profiles. Since 2019, a number of overseas journalists, academics and activists have found their profiles blocked in China.

Last month, a number of U.S journalists including Bethany Allen-Ebrahimian, Melissa Chan and Greg Bruno found their profiles blocked in the LinkedIn Chinese platform. When Bethany Allen-Ebrahimian reached out to LinkedIn, the platform administrator advised her to “update the Summary section” of her profile. The investigative reporter mocked the company for its “free self-censorship consulting service”:

I'd like to highlight one especially disturbing part of the LinkedIn customer service email:

“We will work with you to minimize the impact and can review your profile’s accessibility within China if you update the Summary section of your profile.”

After the incident Republican U.S. Senator Rick Scott, wrote to LinkedIn and the CEO of its parent company Microsoft, describing the censorship as “a gross appeasement and an act of submission to Communist China” and raised a set of difficult questions, demanding the company to explain its censorship policy in China.

Inside China, LinkedIn China’s official Weibo said that media reports about the shutting down of its service were incorrect. Its China President Lu Jian interpreted the move to terminate its social networking services as an adjustment of business strategy in a statement.

But very few Chinese netizens buy the apolitical version of this story. On Weibo, quite a few have expressed their frustrations about such news. One LinkedIn user said:

I am so frustrated about the shutting down of LinkedIn…/ I have followed so many schools and foreign companies and it was the only source of related information… / what’s the point of a platform without social media functions?

Damn it. Now they not only block anything sensitive, but also access to job opportunities from foreign companies and overseas / so Chinese workers can only be exploited by Chinese businesses, everyone is locked in involution (development through intense internal competition),  let’s walk toward common wealth (共同富裕). The country is closing its door.

On Twitter, quite a few mainland Chinese users have used circumvention tools to leave comments on related news, and claim that LinkedIn left the Chinese market because of business failure, rather than for political reasons. Here are some examples:

Amazon was beaten down by Taobao and Jingdong, LinkedIn is less popular than Mai Mai [a Chinese business and career matching app with more than 80 million users), who can you blame?

If LinkedIn is popular enough, it won’t leave the [China] market, WSJ saves making up excuses for LinkedIn.

Till now, Microsoft has not explained what “challenges” the company is facing in China. Paul Mozur, a journalist from New York Times believed that the newly enacted data security law in China may have contributed to LinkedIn’s departure:

A few other points on LinkedIn’s departure from China: Data security law likely a factor as LinkedIn would have to store much more data on users in China. Also, in LinkedIn’s China announcement, they make no mention of regulatory issues. So a censored exit for their censoring. https://t.co/7dojtHxpRr

Some Chinese bloggers on Weibo also share the same theory. A current affair commentator, Fei-Yan-Ping-Tan (飛彥評談) pointed to the fact that LinkedIn had mostly foreign users within China. As mentioned in an explainer in the South China Morning Post, tech companies will face legal action from their own country if they hand over foreign users data to the Chinese authorities upon request.

The Chinese data security law has extended its jurisdiction overseas as it seeks to prevent and sanction data activities conducted outside of China that may “harm the national security or public interests of the PRC, or the legitimate rights of Chinese citizens or entities.” Foreign internet companies have to asset their data activities, including data collection, storage, usage, processing, transmission, provision, and disclosure, by a third party to make sure their protocols won’t “damage critical information infrastructure” in China and lead to severe consequences.

Microsoft's LinkedIn and Bing would likely be subject to a third-party assessment as both apps were listed by the Cyberspace Administration for “improperly collection of data” back in May.

Another push factor is the upcoming Algorium Law, as suggested by China policy researcher Kendra Schaefer:

The proposed law makes it mandatory for internet companies to adjust their algorithms to spread positive energy, which means these companies would be turned into part of the Chinese propaganda machinery.

Against such a “challenging environment”, mainland Chinese Twitter user @mike56705438, used humor to comment that for LinkedIn to take root in China, it has to give up its ownership altogether to the Chinese Communist Party:

Set up a party branch and transfer 51 percent of its stock to the party is the only way out. The current situation is like during the time of China liberation [early 1950s], they [the CCP] wanted the foreign enterprises to stay, but in terms of policy, they slaughtered them one after the other. Such a good follower of Mao Zedong’s idea.

The Chinese Communist Party has started demanding domestic Internet firms to set up party branches in 2017. It has become clear that the Chinese government wants to have stronger control over the internet sector. In July, it launched a crackdown on DiDi, China’s biggest car-hailing app, accusing it of infringing users’ data security after it was listed in the U.S. One month after, reportedly it started working on a law to ban internet companies from listing in overseas stock markets, citing data security risks.

For more than two decades, foreign big techs had attempted to enter the China market. Once they believed that working with local partners and setting up a local version of their products would grant them access to the Chinese market. Hence, for example, Google launched its simplified Chinese version in 2000 and set up a Google China subsidiary in 2005, but shut down its simplified Chinese search engine in 2010.

Microsoft seems to have more patience, and LinkedIn is the last U.S owned social media to quit the Chinese market. The termination of Linked Chinese version, as many have pointed out, marks the end of an experiment for foreign Big Techs to engage with authoritative China.

LinkedIn's China operations were once a tentative model for foreign internet firms to follow. Partner with a savvy VC firm, censor content as lightly as possible, and get access to China. Seven years on, the experiment has proven a failure. https://t.co/oyO6I843Hi