'How did a decent Christian young man evolve into ‘Dog Paw’?' 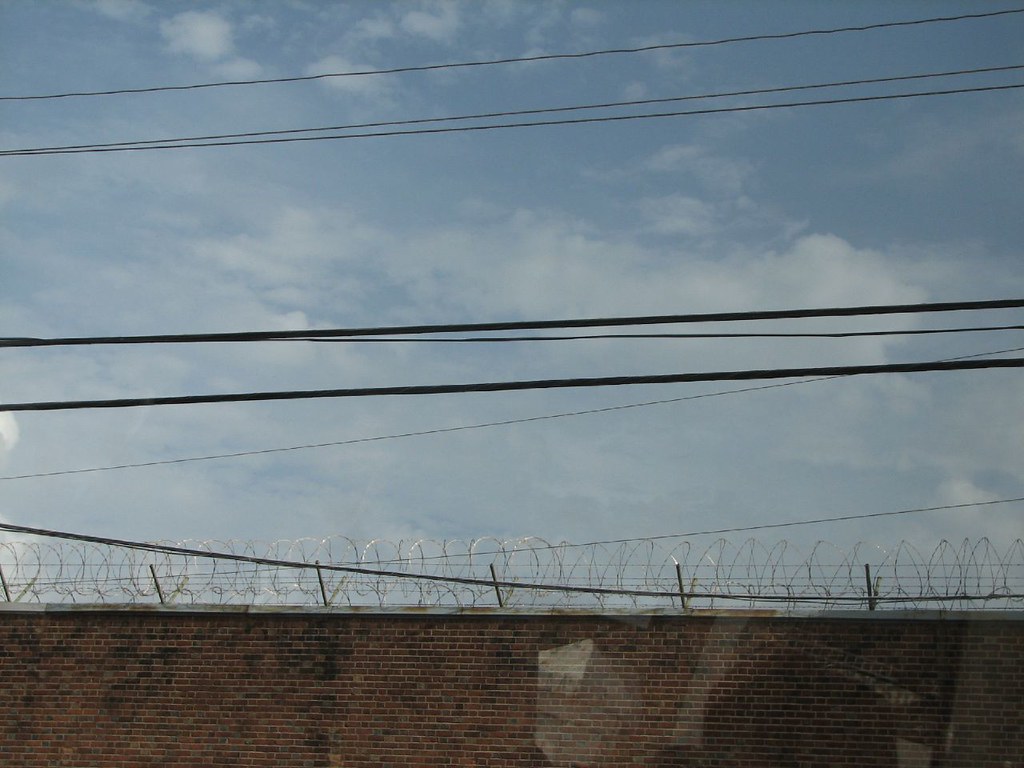 Barbed wire around a prison wall in Jamaica. Photo by Christina Xu on Flickr, CC BY-SA 2.0.

At about 2:00 p.m. on the afternoon of October 11, shots rang out in Elletson Flats, St. Andrew—a relatively quiet residential area on the outskirts of Kingston, Jamaica’s capital. During the encounter, according to the police account, they intercepted a car in which 35-year-old Christopher Linton, a reputed gang leader known as “Dog Paw,” was a passenger. When directed to exit the car, Linton did so and allegedly opened fire on the officers. He was shot in the exchange and later pronounced dead at hospital.

Jamaica's Independent Commission of Investigations (INDECOM), which says that there have been 101 extrajudicial killings by security forces up to October 12, and a total of 115 in 2020, is now looking into the killing, about which there has been much public interest.

Linton had been released from prison six months ago, after a 15-year sentence on firearm charges, imposed in 2013, was overturned by the Court of Appeal. A senior police officer reportedly said that Linton did not keep his promise to be a positive influence on his release: “He just continued on his criminal path.” As he sought to re-establish himself in the area, his criminal career faced challenges. Linton was injured in a shooting this past June, and one of his associates was shot dead by rivals in August.

Upon his own death, further details began to emerge about Linton’s life and the ways in which it intersected with the privileged uptown milieu just a mile or two from where he grew up in Tavern, St. Andrew, close to the University of the West Indies campus. Some were already known, including Linton’s relationship with Leah Tavares-Finson, the daughter of a prominent politician and a former Miss World, with whom he fathered a child, now 10 years old. The socialite, who is involved in the music scene, and is believed to have had another child with a well-known dancehall deejay, posted on her Instagram page that she would miss “her Paw Paw Bear” Linton, leaving one commentator to observe dryly on Twitter:

So this is proof that all societies of Jamaica mix and mingles in one way or their other. The Rich and the Famous, the Law and the Criminals#DogPaw

This connection with middle and upper-class Jamaica goes much further and deeper, however. After Linton's death, environmentalist and award-winning writer Diana McCaulay spoke about him in a radio interview. Her first novel, Dog-Heart published in 2010, chronicled the struggles of an impoverished young boy and his family, and the sincere efforts by some uptown women to rescue him from a life of crime. The inspiration for that character was “Dog Paw,” whom McCaulay met when he was just eight. She helped him and his three brothers attend a prestigious preparatory school in Kingston. One of his brothers was arrested and killed during a prison fight in 2005, which McCaulay suggested may have prompted Linton to “take a different path,” and led her to conclude that society—including herself—had failed him.

Social media reaction to the radio interview was generally unsympathetic, with one Twitter user commenting that many Jamaicans from similar backgrounds had done better:

Your excuse for Dog paw Linton being failed by society is naive and myopic. What about the many young men and women coming from the same socio back ground who made successes of their lives? No body owes us a living, me must take personal responsibility.

Another saw the interview as glamorising a criminal:

@cliffnationwide I listened in awe yesterday as you did your feature on the infamous Dog Paw.

I saw no benefit of that segment except to glorify a bad man, and badness. I can see others trying to do more “wikidness” to get a feature on @NationwideRadio when they are taken down.

Others were more compassionate. What could Linton have become—and what went wrong in his life after he had been given the opportunity to make good?

It's not about celebration imo, it's about reflection, could some intervention have changed the outcome, so he could have been someone else. There are some lovely boys out there now who may become the next dog paw. I hope we can save those boys by seeing what went wrong here.

How did a decent Christian young man evolve into ‘Dog Paw'? From early accounts Christopher Linton was a quiet, well-mannered, church-going young man (pre-teen), who was very obedient to his mother. What happened along the way?#DogPaw

While McCaulay only knew Linton as a boy with great potential, another tweeted that his life is typical of many young Jamaicans whose potential is thrown away because of societal neglect:

Seeing promising boys fall by the way side because they’re literally abandoned by society continues to be a tragedy. Often times we see only the monsters they become but never when society dims their light.

Was there a gentler side to Linton? One media house reported:

According to a lawyer who represented him, Linton did have a more sensitive side, writing poetry and songs while in prison.

In a heartfelt final comment on Facebook, Diana McCauley responded to the criticism by highlighting her own lack of awareness of Linton's boyhood challenges:

I know I might get further dragged for this, but given that I was born in Kingston and have lived my entire life here […] I had NO IDEA of the scale and scope of the hurdles facing a child like Christopher Linton until I witnessed them. And that's why I came away from the experience with a feeling that we – that I – had failed him and many like him. By ‘we’ – I mean his parents, his first school, NOT his prep school, his high school, the church, the police, the state in general, and the trap of my own attitudes and prejudices, which are common among my social class.

This is not to eulogize him or downplay the suffering he caused, nor say the pain of his victims does not matter, nor do I seek to remove agency from him – it is also true that he was given opportunities many have not had and still chose the criminal path. I just think there should be no rejoicing at his death and there are two truths here – that our society failed a young man of great potential AND he caused untold pain and suffering.

This is not the first time that a Jamaican gang leader has become a “celebrity” of sorts, making dramatic headlines, with heightened, almost glamorous profiles in the media. Perhaps the most famous was “Rhygin”—real name Vincent Ivanhoe Martin—who became the subject of the iconic Jimmy Cliff film The Harder They Come.

As the police keep an eye open for whoever steps into Linton's shoes, his death seems particularly poignant—despite the opportunities given to him, his situation is typical of many young men trapped in impoverished communities with little hope.