No hatred nor pity: Just let me live in my own body 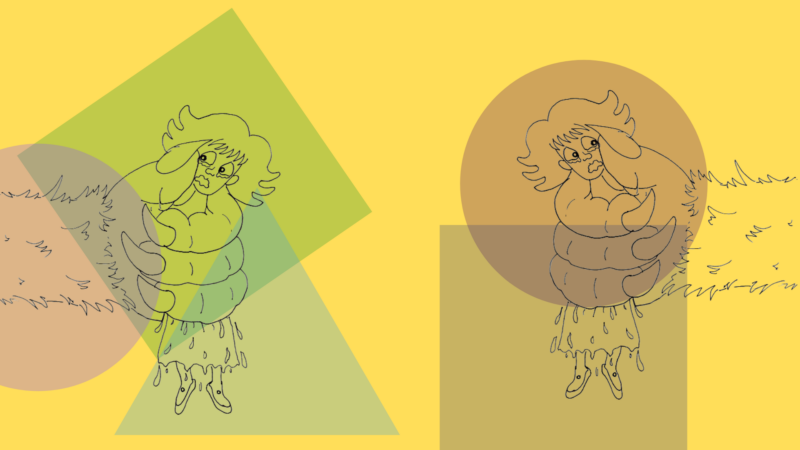 In Colombia, the average height is 1.54 m for women and 1.71 m for men. Cisgender men and women that is, of course. My body, which is 1.88 m tall, attracts attention now more than ever. In my “past life,” I was complimented on my height, given that for masculine people, it's generally a good thing to be tall. I was always the first choice when it came to lifting something heavy because men are the strong ones; they have been ever since the Stone Age, right?

This body was seen then as that of a “strong man dressed up as a woman.” Later, it stopped being a human body and became the object of public scrutiny.

More discreet people would tell you that they're amazed to see someone so tall. Most of the time, however, eyes scan your body until you feel uncomfortable, regardless of the dress you've put it in. The bodies of women who transition from masculine to feminine are constantly sexualised. Their genitals are scrutinised, and they're always criticised against a model of the unattainable cis white woman. I'm talking about passing: the extent to which we do or do not resemble this model woman—or to use more traditional terminology, the extent to which we don't look trans.

No matter how much we change our body shapes, genitals, breasts, clothing, and more, it's never enough; we could menstruate, even, and that still wouldn't be enough. Science will advance and trans women will be able to get pregnant and even so, they'll be told that they're not truly like other women.

So, this is where I find myself: a tall woman with copper skin, who until last year received an average of three comments a day from strangers about how wrong my body was. Looks of disgust, fear, and lust. And that doesn't include the verbal and physical assaults I've faced because of my feminine identity.

A year ago, my mobility deteriorated as a result of long sedentary working days with no breaks. This caused me chronic, paralysing pain and instability while walking, and so now I use a walking stick. While the looks, comments and hate crimes against me didn't completely disappear, now that I'm disabled, I can feel how the looks have changed to glances of pity. It shouldn't be like that, but at least that pity has given me back some of the humanity that had been stripped away. I prefer to be looked at with pity than with the usual hatred.

Before, some comments, “catcalls”, were related to the fact that I must be a prostitute (because they think that's all I'm good for). Now, my body with its walking stick has partly lost its attraction for those who make those kinds of comments.

Where am I going with all of this? I'm not aiming to inspire pity in those who read this; I want to highlight that people who criticise different bodies so much have no idea what we've had to go through to have, heal and/or preserve the bodies that we live in.

They have no idea about the strict routines I follow to be able to walk with as little pain as possible.

They have no idea how brave you have to be to defend the validity of your body all the time.

They have no idea that this voice that they laugh at for being a “man's voice” is actually within the feminine range, and that I've been through a lot of speech therapy to achieve it, like a singer preparing for a show.

They have no idea how many doctors to whom I've had to prove that I'm a woman to access my right to healthcare. Doctors who see me as the strong man, who is only going to the appointment to make things up. That me not having periods is enough to not recognise me as a human being.

They have no idea of the post-traumatic stress I suffer from having been followed and almost beaten up, or how exhausting it is to have to shut my eyes or stare at the floor on a bus to avoid meeting the stares of the passengers around me as if I were a product on promotion in a supermarket.

They have no idea of the mocking, stares, finger-pointing, and aggressions of all kinds that my friends and acquaintances who have more complex disabilities than mine have had to face in the streets and during medical appointments.

They have no idea how painful electrolysis and complications during laser hair removal for facial hair can be. It's as if the only valid pains for a woman are period cramps and giving birth. This hurts my body and soul as if they had left scars on my heart.

At some point, we've all criticised bodies that weren't our own. We criticise from our own position of privilege. How easy it is to tell a trans girl that she isn't a woman and invalidate the way she was created when you've never had to do anything to be yourself, when you never even question who you are. You have a vagina, you have periods and you have been or are able to get pregnant. That's enough for you to count as a woman. You have a penis? You're a man.

You say over and over again that trans women are men because they have a prostate gland. Thank you for caring about our health, although maybe it would be a good idea to direct a little of that worry towards your own body and go for an annual medical check-up. You have to really take care of a prostate and penis, especially when it's the only thing you have that makes you a man.

You sit down in the seats reserved for people with mobility issues and other conditions, and you decide whether or not I deserve to use them. You don't care when you see me about to fall over from the movement of the bus, while you're scrutinising me from head to toe with those looks that penetrate straight to my genitals. Just like in public toilets, where you decide who gets to pee in them, you also decide who has mobility difficulties.

So, I invite you to look at your own body, not at mine, not at anyone else's. It's not for you to judge, simply because you're not that other person; you are yourself. Remember that the bodies you criticise have gone through a long and difficult journey to become or stay as they are.