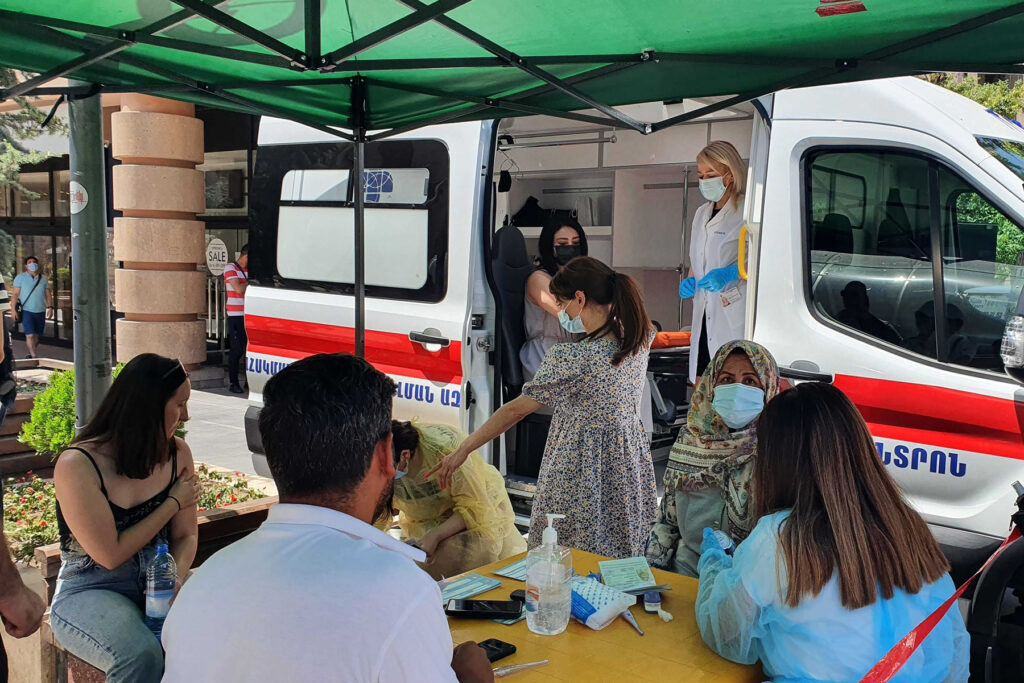 This article by Ani Avetisyan was first published on OC Media. An edited version is republished here under a content partnership agreement.

Six health workers were detained in the Gyumri Family Medical center in Armenia’s Shirak Province on October 13  after investigators revealed the facility was distributing fake vaccine certificates. According to the official report, the staff members were issuing fake papers in exchange for bribes ranging from 5,000–10,000 Armenian dram (10–20 US dollars).

A day earlier, the National Security Service reported they had arrested a nurse from a clinic in the village of Yeranos, in Gegharkunik Province, for distributing fake vaccine certificates to local residents.

The arrests come soon after Prime Minister Nikol Pashinyan expressed dissatisfaction with the low vaccination rate in the country. In a government meeting on October 7, Pashinyan stated that he was giving a “task” to the state bodies: “go and solve it.”

He specifically appealed to law enforcement bodies to crack down on false vaccination documents.

“To the National Security Service and to the Police: I don’t want to hear about fake vaccinations anymore. Arrest them,” he said.

The only such arrest before Pashinyan’s instructions was in Yerevan, when a doctor allegedly issued a fake vaccine passport in exchange for money.

The issue of fake vaccine certificates arose after vaccination or bimonthly, paid PCR tests, became mandatory for many employees in the country.

On Thursday the Health Ministry announced that vaccine certificates or PCR tests would soon be required to enter cafes, restaurants, and other public places.

Amidst the growing daily cases of COVID-19 and an average of 20 daily deaths, only around 6 percent of the country’s population is fully vaccinated. The number of people to have received at least one dose is around 500,000 people, around 12 percent of the population.