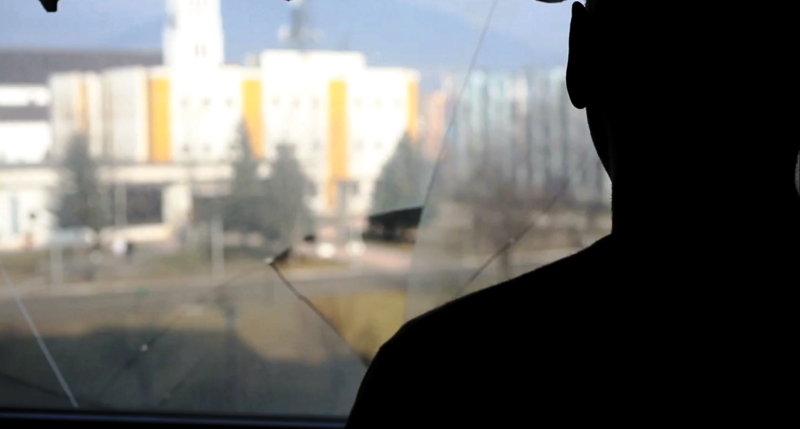 This article by Alec Anderson and Chiara Zardoni was originally published on Balkan Diskurs, a project of the Post-Conflict Research Center (PCRC). An edited version is republished by Global Voices as part of a content-sharing agreement.

“It is a difficult moment when you have to say the truth of what you have been carrying inside of you for 18 years. It is hard because we are re-traumatizing ourselves. It is hard to revisit the moments of torture, rape, and sexual violence that you have experienced. It is difficult to continually carry these things inside of you, but you have to keep going. Maybe I am a brave man, or maybe I am a cowardly one. Your opinion is up to you.” –  Presentation of the International PSVI Protocol in Bosnia and Herzegovina, Post-Conflict Research Center

When people in academic circles and the public think of the scourge that was conflict-related sexual violence (CRSV) during the Bosnian War, they most often think of the horrible crimes committed against women. However, it is not just women who are survivors of sexual violence in Bosnia and Herzegovina (BiH) today. Despite irrefutable evidence of rampant CRSV perpetrated against men between 1992-1995, many factors still prevent male survivors from receiving effective support, justice and acknowledgment from society.

CRSV against men in the Bosnian War is well documented by Thomas Osorio, who worked for over 20 years in the region of the former Yugoslavia with the United Nations and as a research associate at the University of KU Leuven, where he conducted field research and interviewed male survivors of CRSV. Mr. Osorio draws several critical conclusions in his research: that there is no doubt that sexual violence was a tool of war during the conflicts in the former Yugoslavia; that the violence was systematic and widespread; that CRSV was certainly perpetrated against both women and men, as noted as early as 1993 in reports by UN Special Rapporteur Tadeusz Mazowiecki and later an investigation conducted by a UN commission of experts. Besides the UN, a number of international organizations, like the Organization for Security and Co-operation in Europe (OSCE) and the Humanitarian Law Center, have provided evidence that sexual violence was perpetrated against men both as an act of humiliation and as a part of a  policy of “ethnic cleansing.”

As explained by Osorio and in the Final Report of the Commission of Experts Established Pursuant to Security Council Resolution 780 set out on May 27, 1994, male prisoners of war were often subject to sexual violence when detained in camps. This violence could take the form of different acts: prisoners were forced to rape women; they were subjected to sexual mutilation, castration, and forced incest was very common as well. As Osorio points out, it is important to note that places of detention throughout the Balkan conflicts were mainly secured and guarded by conscripted or volunteer civilian professional prisons guards or former police officers. Many of these individuals, in their new role as military guards or military police, did not differentiate prisoners of war from common criminals. This in no way justifies their actions,  nor does it imply that these behaviors would be acceptable in civilian prisons, but rather illustrates the unfortunate reality that led to such severe war crimes. According to testimony, the systematic scope and nature of the perpetration of CRSV against men demonstrate that the violence was an instrument of ethnic cleansing through the destruction of families and communities.

Men have very rarely come forward to seek justice or other support, some even keeping their experiences from family members. From this standpoint, the post-war context of male and female survivors is completely different. Indeed, despite the application of protective measures in the legal system, communities of small villages often know the identity of female survivors, while most of the male survivors go unknown. This is only one aspect of the gender divide characterizing the way CRSV is addressed in BiH. However, there is progress, such as the Croatian law on compensation to rape victims, which degenderized CRSV survivors and granted a dignified one-off financial compensation—a first in the region.

Legal frameworks in many conflict-affected countries do not recognize men as possible victims of CRSV. Some data from Chris Dolan’s briefing paper on violence against men and boys help paint a clearer picture of the problem. The paper shows that, according to the laws of many countries, 90 per cent of men in conflict-affected countries cannot be identified as victims of sexual violence. Further, 62 countries out of all countries only recognize female victims of rape, 67 states criminalize men who report abuse, and in 28 countries only males are recognized as perpetrators of sexual violence. As such, legal frameworks often constitute insurmountable obstacles in delivering justice to male survivors.

Of course, legal precedents are far from being the sole reason that male survivors are less recognized than female survivors. The largest obstacle is the prevalence of deeply discriminatory and homophobic attitudes towards male victims of CRSV throughout society, as well as perceptions of masculinity that are not unique to BiH. Indeed, as Osorio explains, male survivors are not comfortable coming forward because of this; just three cases of CRSV against men have been dealt with by the Court of BiH since the war ended. Justice cannot be achieved if male survivors don’t feel comfortable speaking out. And as Lamija Grebo, court monitor and Balkan Investigative Reporting Network journalist points out, men in Bosnia have seen the intense suffering that women who spoke out endured. She comments, “I can only imagine what those men think their journey would be if they report it, tell their neighbors and families, or even admit it to themselves.”

The anticipation of homophobic backlash stifles survivors—rightfully so, given that statistical evidence shows that homophobic people are extremely averse to supporting male survivors in any way. Additionally, the creation of organizations dedicated solely to assisting female survivors, for all of the incredibly important work they do, has led to male survivors feeling like they have no one to whom they can tell their stories. The culmination of these social pressures has created an enormous stigma for men to overcome. Grebo continues, “society considers [women being raped] not as acceptable, but as more common…[for men], there comes in a ‘double-shame.’”

This widespread discriminatory culture influences all parts of society, including citizens, social and medical workers, and institutions. Indeed, many medical, social and legal professionals, who usually provide assistance for female survivors, were not able to help male survivors during the war and are still not ready to do so today. An important example of this was provided by Alma Taso-Deljkovic, Head of the Witness Support Office of the Court of BiH. During a July 6, interview, Taso-Deljkovic admitted that her office, which offers significant assistance to female survivors, is ill-equipped to deal with men’s specific needs. Indeed, as men rarely come forward, the Witness Support Office has very little experience with male survivors, and most of its services are designed to support women. However, as Taso-Deljkovic and Osorio note, progress has been made thanks to the Witness Protection Department of the State Investigation and Protection Agency (SIPA) and relevant training provided to police officers and court officials by the United Nations Development Programme in BiH.

Society’s difficulty acknowledging rape against men can be linked to the specific approach of both the International Criminal Tribunal for the Former Yugoslavia (ICTY) and the state courts to prosecute perpetrators under appropriate statutes. Despite rape being defined as a crime against humanity in the Statute of the ICTY, and its judicial definition making no reference to the gender of the victim, these crimes are mainly prosecuted as rape when the survivor is female. Cases in which guards directly raped male victims (as defined by ICTY statute) are more often prosecuted as torture or inhumane treatment rather than sexual assault, according to Osorio, who says that “sexual violence is very rarely adjudicated a single crime, it is always connected to other crimes.” As a result, male witnesses rarely testify and provide a detailed description of facts concerning CRSV before the court.

One case, in particular, shows the gendered approach that the ICTY inadvertently took to prosecuting rape. In Prosecutor vs. Brđanin, a situation is described in which a guard tried to force a male prisoner to have sex with a female prisoner at gunpoint against both of their wills. When the man refused, he was killed. And yet the court found that “the threat of rape constituted a sexual assault vis-à-vis the female detainee.” Andrew Pitt sums up the disturbing way in which the court ignored the sexual violence aimed at the man: “The male victim here is simply made to disappear.”

Unfortunately, this practice was adopted by state courts in Bosnia, as well. Cases such as those against Macić Ibro, Akeljić Minet, Begović Gligor, and countless others, include no indictment of rape, despite clear occurrences of sexual assault being described in court judgments. Obviously, partial justice is far better than no justice, but when a court fails to acknowledge rape against men for what it is, it creates an additional barrier to society-wide recognition of what these men have suffered.

But for all of the immense challenges that exist, there may be light at the end of the tunnel. Thanks to the tireless efforts of local organizations and committed journalists, some male survivors are getting to tell their stories. Some examples include documentaries Silent Scream and The Unforgiven. Organizations like Medica Zenica assisted men in attaining civilian victim-of-war status. It is vital that more effort is given to achieving the recognition that men, too, can be raped, and that men, too, have suffered physically and psychologically as a result. This process begins with the dismantling of masculine gender norms that stigmatize male survivors into silence. This is a process that should take place not just in Bosnia and Herzegovina, but all over the world.