The songs have prompted positive reactions and increased patriotism among Malawians 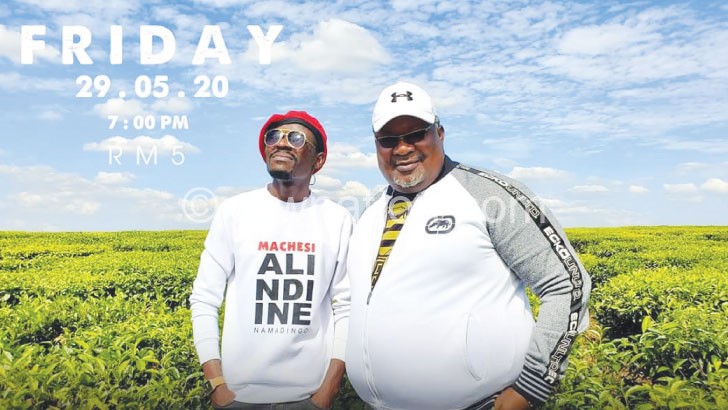 What happens when musicians from three different generations unite for a musical mashup? Something truly magical is born.

That is what happened in 2020 when Malawian Musician Patience Namadingo went around the country reaching out to its top artists for his Reggae Mashup series. Namadingo is a singer, songwriter, and one of Malawi's top musicians and has a considerable following among the country's youth.

Music is generational. It speaks to, about, and for its time — the present moment. More often than not, older generations of musicians and listeners look down upon new generations and their music with a certain level of disdain. Every generation of music listeners sees their music as richer, more diverse, and filled with greater depth than the new guard. This is why Namadingo's project — collaborating with musicians across generations and genres — was so unique and fascinating.

A mashup is a blend of two or more different tracks into one, usually by overlaying the vocal track of one song over the instrumental track of another. Reggae has become synonymous with mashups.

The first in Namadingo's series of Reggae mashup duets featured a young emerging artist called Jay Jay. In the song, they are in a sitting room in a makeshift studio, where they sing selected tracks from some of Namadingo's albums. Although the first video did not receive many views, subsequent efforts, such as a mashup with the Black Missionaries and Lucius Banda, have received over  1.3 million viewers so far.

The YouTube videos have been garnering increasing views, positive reactions, a sense of patriotism among Malawians. They have also gone well beyond Malawi to reach fans across Africa and beyond, with many leaving comments that range from praise for the music to patriotic expressions, Pan-Africanism, and a deep appreciation for Malawian musicians.

The duets have also introduced younger fans to an older generation of musicians, including Giddes Chalamanda, the oldest living legend in Malawian music today. Chalamanda, who recently turned 91 years old, is an acoustic musician whose hits in the 1970s and the 1980s include the song “Buffalo Soldier” — where he sings of his dream of going to America. The American Library of Congress has archived Chalamanda's music as a key representation of Malawi culture.

Recorded in Chalamanda's village south of Malawi, the duet with Namadingo was the young musician's way of reengaging the legend and re-introducing his music to today's youthful listeners whom, Namadingo believed might miss out on this talented artists.

Their 8-minute video was a huge success prompting news coverage, renewed demand for Chalamanda's old music catalog, and a flurry of new covers online. Uploaded in June 2021, the compilation of Chilamanda's greatest hits by Malawi News Updates has elicited a thrill among his newfound fans. 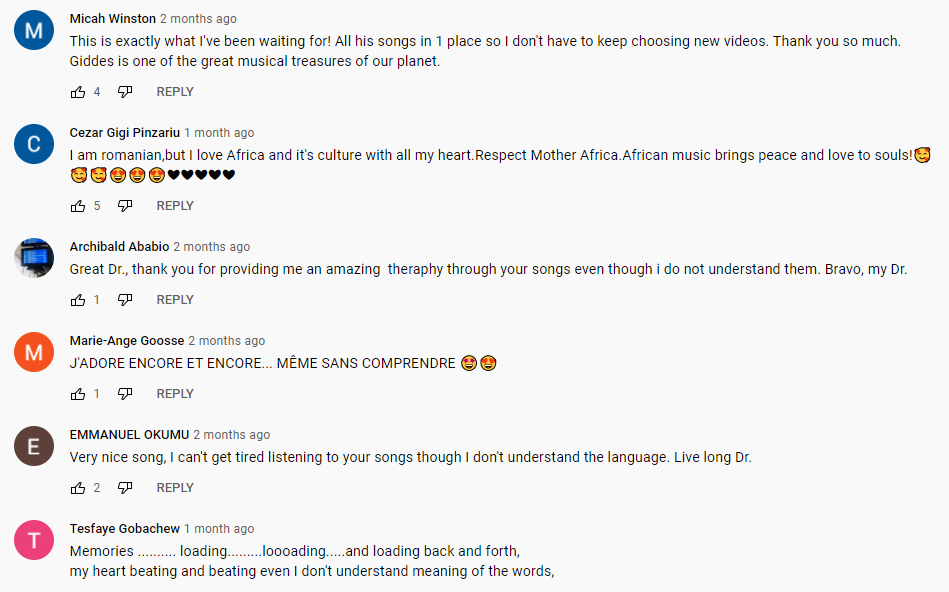 A screenshot of YouTube comments on Chalamanda's music compilation video

Soon after the compilation release, the legend announced his retirement from music. But this hasn't stopped organizations from reaching out for collaborations. In September 2021, the German Society for International Cooperation (GIZ) commissioned the legend and other Malawian musicians for a campaign song to educate Malawian citizens about the COVID-19 pandemic. Chalamanda can be seen in this video as he sings the opening solo verse which speaks of the need to come together to fight the virus.

Speaking to Nyasa Times, an online news source in Malawi, The singer said that he enjoyed working with every artist as it gave him a chance to hear their unique stories and experiences as individuals and as musicians:

Working with Lucius was full of stories. It took longer working with him because we had so much funny listening to his stories from the past.

Working with Black Missionary was exciting since it was group sharing a lot of stories. Chalamanda was another thing because I was working with someone in another generation. I had a lot of questions to ask him. He told us a lot of the stories.

While speaking to the media, the acting Director of Music Association of Malawi, Gloria Manong'a, hailed Namadingo for being the first person to bring the mashup concept into the country, for  uniting Malawian musicians, and for bridging the gap between the older and younger musicians:

Mash-up has really helped Namadingo because he has exposed his talent very far and has reached young and old. He has promoted unity among musicians by working together and pass in different messages to people.

Global voices created a playlist highlighting various Malawi reggae artists. Check it out here or below.