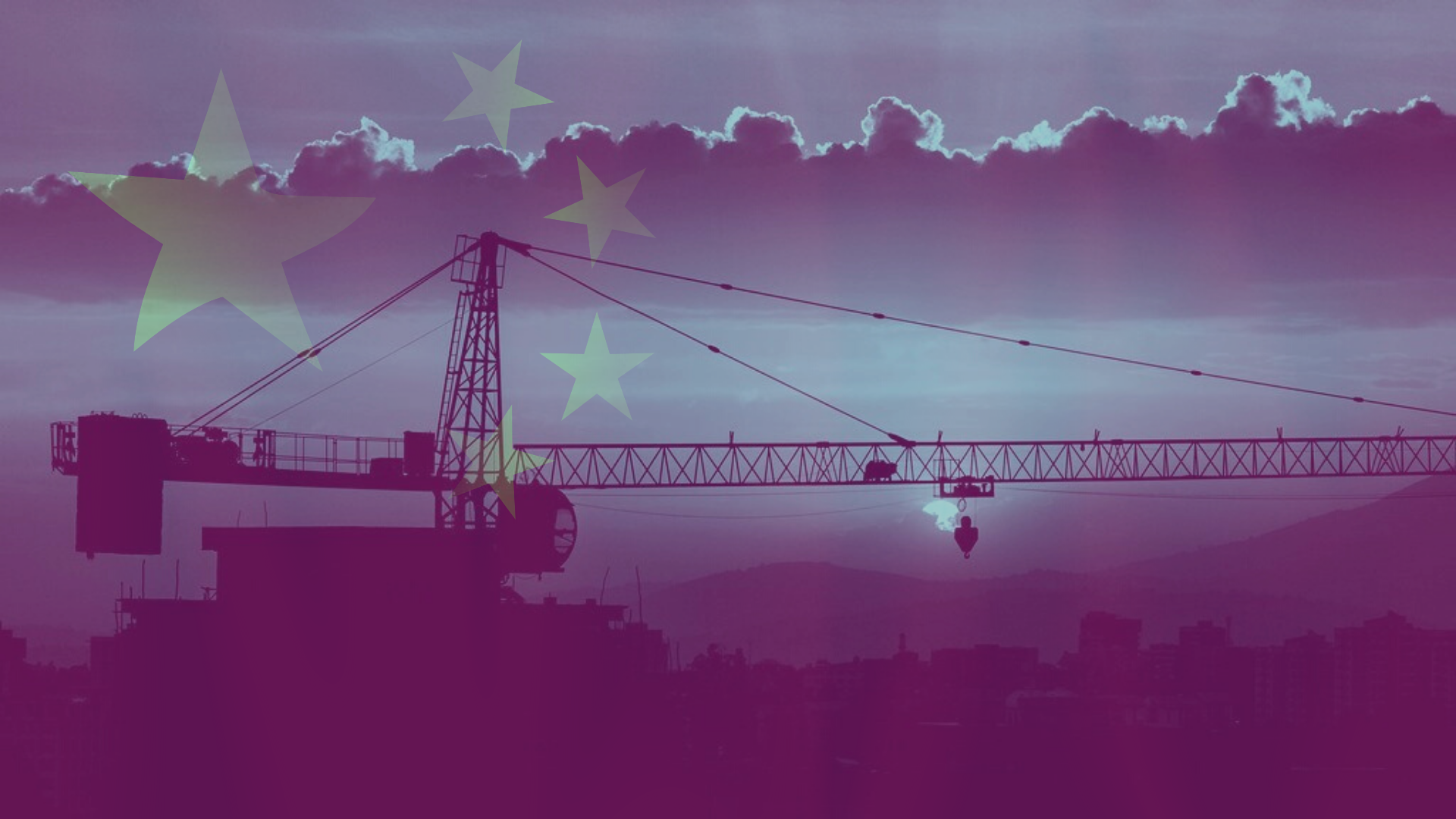 “Sunset on the rising city: Addis Ababa” by jeanotr is licensed under CC BY 2.0 [1] edited by Giovana Fleck/Global Voices

Mahlet Fantahun contributed to this article.

One of the most striking elements of the discourse about China in Ethiopia is how official governmental narratives highlight the impressive scale of Chinese projects, whether major infrastructure construction of roads and railways or the import of essential goods like vaccines, phones, and clothing, while popular narratives often underline the low quality of these projects and products.

The Ethiopian government often says China’s economic involvement in Ethiopia facilitates the country's development. Indeed as of 2019, China remained [2] the largest source of foreign investment in Ethiopia. The Chinese government also accounts [3] for almost half of Ethiopia’s external debt, estimated at about 13.7 billion US dollars. Much of this debt is concentrated in major infrastructure projects which are also symbols of Ethiopia’s development, such as the Addis-Djibouti railway. China-Ethiopia trade has also dramatically increased over the past two decades, with Chinese exports to Ethiopia estimated [4] at US dollars 2.37 billion in 2019.

In contrast to the official praise, the Ethiopian public is often critical about the quality of these projects, as well as Chinese products sold in Ethiopia.

A popular commentary written by a commentator under the pseudonym of Lalibela, for instance, discusses [5] a Chinese road infrastructure project connecting Gashena to the historic city of Lalibela in Amhara region, known for its underground churches. The project started eight years ago, but has yet to be completed. During that period, the road has already required multiple repairs, suggesting substandard construction. The author of the post suggests that officials and the community should not remain silent when the quality of the road construction keeps deteriorating. The author includes photos showing a collapsed bridge that was part of the road project.

Signature Chinese infrastructure projects, such as the Light Rail [6], an overground metro system launched in Addis Ababa in 2015, have also attracted significant scrutiny. BBN media, an online media outlet, argues [7] that the construction of the Light Rail was rushed for the 2015 national election, and that the quality of services has been deteriorating over the years. in the story, passengers complain about the trains being increasingly out of service, as well as about common service interference from car crashes and power outages. Although the actual services are provided by Ethiopians, the public association of this project is linked to China and Chinese loans.

In a feature story [8] about the Light Rail published by BBC Amharic and widely discussed online, passengers complain about delays up to 45 minutes and abrupt stops on their journeys due to breakdowns. The story highlights the maintenance challenges of Light Rail trains. According to an Ethiopian train driver, only half of the original trains are currently operational due to missing spare parts that are difficult to source from China. In the story, the communication director for the Ethiopian Railways Corporation claims that 20–28 trains are ready for service every day but that not all trains can function at full capacity. He also acknowledges that the provision of spare parts was not part of the original contract signed with the Chinese counterparts.

The famous Addis-Djibouti Railway that links landlocked Ethiopia to Djibouti has also faced some media and public scrutiny. A report by the Fana Broadcasting Corporation, a government-affiliated television station, for instance, features [9] an interview with Awel Wegris, the deputy transport minister of Ethiopia, who said that in the last three years, the train had stopped working 163 times. He also added that 27 people and 875 animals were injured as a result of the train operations. The report also notes that the railway project has lost over 114 million birr in maintenance and compensation costs.

In addition to infrastructure quality, many popular discussions dissect the quality of Chinese products in a satirical tone. For instance, in a recent Twitter post complaining about Chinese shoe quality, Yordanos Odalo writes [10] that when the sun hits the shoes, they stretch from size 37 to size 40  Another writer claims [11]that Chinese shoes have a lifespan of one month and then poses a question: “Do the Chinese use saliva as shoe glue?” While this post was later removed, a gif has been made out of it: 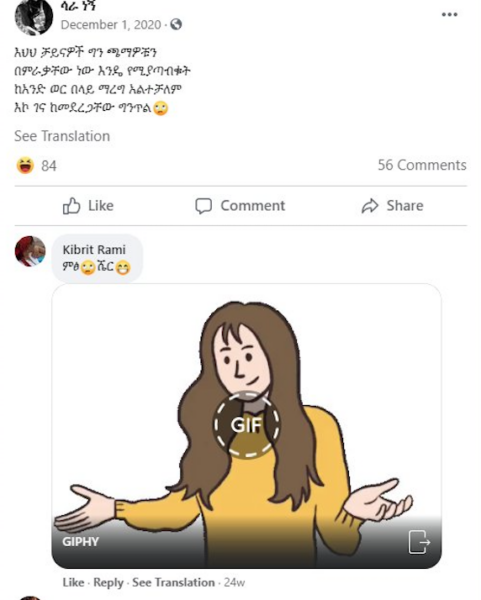 Another commentary written by Fraol Habesha ironically praises [12] Chinese phones; he shares an image of a phone displaying a battery level of 102 percent. While the high battery level is a positive attribute, the unrealistic display hints at faulty representation by the Chinese phone manufacturing company.

Some remarks, such as by Feker Meri, also connect [13] the assumptions about Chinese product quality with the coronavirus pandemic. If Chinese goods are easy to break, the author writes, then “why has coronavirus lasted this long?”

The concerns with Chinese infrastructure and product quality are not unique to Ethiopia.

Public opinion surveys of Africans’ perceptions of China suggest [14] that across the continent citizens associate Chinese products with low quality. These surveys suggest [15] that the quality of Chinese products is the key underlying factor that tarnishes China’s reputation in Africa. Many Africans assume that the higher quality goods are exported to developed markets, whereas Africa serves as the “dumping ground” for cheaper Chinese goods and lower quality infrastructure. The Chinese government has consistently denied [16] the accusations that they provide inferior services and products to Africa, emphasizing the role of pricing in determining the quality of the goods. The analysis of Ethiopia’s social media discussions, however, suggest that African citizens are not convinced. From major projects to individual items, Chinese offerings are not met with gratitude but rather with critique, skepticism and humor.

This story is part of a Civic Media Observatory [17] investigation into competing narratives about China’s Belt and Road Initiative and explores how societies and communities hold differing perceptions of potential benefits and harms of Chinese-led development. To learn more about this project and its methods, click here [18].