Why are Czech elites being captured by Beijing narratives?

The Czech government's attitude to China has been changing 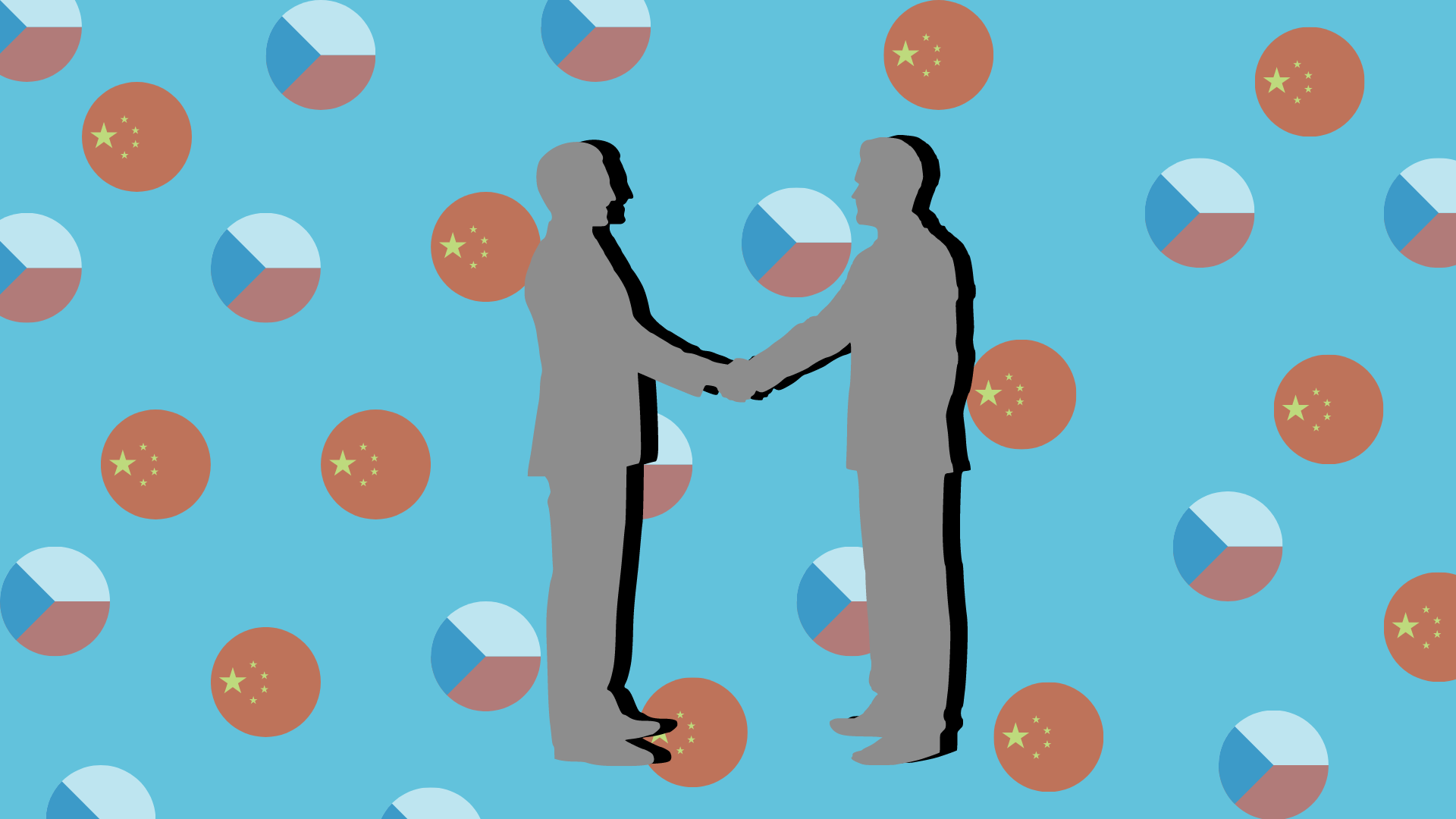 When it comes to Beijing’s ability to co-opt the leadership of countries involved in the Belt and Road Initiative (BRI), the Czech Republic provides an interesting case. The Sino-Czech elite capture story illustrates how corporate ambitions are closely intertwined with political relations in the uppermost echelons, and how a small country in the middle of Europe can become a battleground for the narrative about China.

Since its independence in 1993, the Czech Republic has experienced remarkable changes in its official relations with China. The first Czech president, Václav Havel, a dissident turned elected politician, regularly met with the Dalai Lama and openly criticized Beijing for its human rights violations. In stark contrast, current Czech president Miloš Zeman has called for a more pragmatic approach.

This approach has been formed within the narrative of a promising cooperation with China. In all probability, the rendering of this positive picture was also behind the decision of Chinese investments in the Czech media space (the first wave began in 2015, subsequently scaled up in 2020, but was withdrawn in 2021). Unsurprisingly, a 2018 Czech policy paper states that “the transfer of ownership of the media (or part of it) to a Chinese company effectively eliminates any criticism of China.”

China’s unique economic development has created specific types of companies that, while privately owned, can promote Beijing’s economic diplomacy and geopolitical interests. One of those companies is CEFC China Energy (中国华信能源), led by the business tycoon Ye Jianming (叶简明).

Before its foreign expansion, CEFC operated as a local industrial conglomerate focusing primarily on the energy and financial sectors, leveraging party and military connections as well as billions of dollars in loans from state banks to fuel its meteoric rise, according to an investigation by the Chinese media outlet Caixin.

The company hired a number of former military officers, and, between 2003 and 2005, Ye served as deputy secretary of the China Association for International Friendly Contact (CAIFC). US congressional researchers later called CAIFC a front for the People’s Liberation Army which performs “dual roles of intelligence collection and conducting People’s Republic of China propaganda.”

In the context of Beijing’s growing importance as an actor in the geopolitical field, CEFC represented an ideal tool for economic diplomacy and covert elite capture.

CEFC’s expedition to the Czech Republic and beyond

When President Xi Jinping became the first Chinese leader to visit the Czech Republic in March 2016, he brought along promises of massive Chinese investments — and Ye Jianming as well. In April 2015, Chinese media reported on Ye’s appointment as Zeman's economic advisor, yet the president's spokesperson only notified the public six months later, when CEFC officially began operations in the Czech Republic.

After Xi’s visit, President Zeman hoped the Czech Republic could become “an unsinkable aircraft carrier of Chinese investment expansion.” Zeman’s unwavering support was immediately recycled in pro-Beijing narratives, including in statements from the Chinese Embassy in Prague, which shared Zeman’s claim that “the BRI is the most important project in our modern history” on its Facebook page.

Paradoxically, Zeman's own narrative about cooperation with China has changed markedly across his long political career. In 1996, he is remembered as having shared racist comments about the Chinese publicly, saying that some politicians would even “have their eyes slanted” and “change their skin color” to appeal to Chinese.

CEFC then entered the stage with an acquisition spree, buying shares in a number of companies across diverse industries such as the Lobkowicz Beer Brewery, the Slavia Prague Football Club, and the travel and real estate industries. This process was overseen by another important figure in the ongoing Sino-Czech economic convergence, Jaroslav Tvrdík, the former minister of defense, a well-known lobbyist and at the time the president of CEFC Europe.

All that glitters is not gold

Beijing's effort to covertly infiltrate the uppermost echelons of the Czech state apparatus blipped on the radar of the Security Information Service (BIS), the Czech counter-intelligence agency. In its 2015 annual report, BIS reported that “special care” must be taken in contact with subjects which may act as a link between business activities and potential interests of foreign state power, “especially with the activities of their intelligence services (e.g. the Russian Federation or the PRC).”

The importance of this warning became more apparent on November 18, 2017, when Patrick Ho Chi-shi, director of the China Energy Fund Committee, an NGO affiliate of CEFC, was arrested in New York for money laundering and the corruption of high African politicians, namely the president of Chad and the foreign minister of Uganda, Sam Kutesa (who coincidentally also made Ye Jianming his special advisor in 2015).

Still, Zeman referred to Ye as his advisor long after Patrick Ho's corruption scandal broke out in the US and for a time even after Chinese authorities detained and investigated Ye personally in February 2019. The Czech assets of CEFC, which went bankrupt in 2020, were then acquired by a Chinese state bank called CITIC Group.

Home Credit: a beneficiary of the Czech pivot to China

Captured entities are not limited to politics only; they also include economic elites. While opening the door to Chinese investments, Zeman simultaneously paved the way to China for one of the wealthiest Czechs, Petr Kellner. Before he tragically passed away in a helicopter accident this March, Kellner controlled a majority share in PPF Group, an international investment colossus focusing on financial services, telecommunications, biotechnology, real estate and other fields.

With the support of top-level Czech politicians, Home Credit China acquired a statewide license to provide non-bank credit in 2014. The same year, Zeman boarded PPF’s private plane on his return from a state visit to China. In April 2016, Jiří Šmejc, then CEO and minority shareholder of Home Credit, claimed that:

PPF and Home Credit, and we are proud of that, stood at the birth of the initiative which I think led to the revival of Czech-Chinese relations.

The revival indeed brought immense profit to Home Credit, and within a few years, the company became one of the largest providers of consumer loans in China.

The significance of Home Credit’s influence on Czech foreign policy was not left unnoticed. Sinopsis, an analytical project focusing on China backed by experts from Charles University’s sinology department, critically reported on the company. This, together with the CEFC’s damaging scandal, led the relevant parties to secure their own voice in the battleground for the China-related narrative.

In June 2019, Sinoskop (later renamed Asiaskop) emerged as another China-focused media project. Its official face since has been Vít Vojta, a sinologist, advisor, and interpreter of Czech presidents. Its mission, stated in its founding announcement, was to “join the current polarized debate on China in order to help balance it.”

Despite Sinoskop’s proclaimed noble goal and alleged “funding from own sources,” investigative journalists from the Czech media outlet Aktuálně.cz revealed that Sinoskop was actually related to and received funds from Home Credit. For this purpose, Home Credit employed a company called C&B Reputation Management in order to polish not just the company’s image, but also the overall perception of the PRC in the Czech Republic.

With Petr Kellner’s unexpected death this March and the end of Zeman's second term in 2023, it is unclear what direction Sino-Czech relationship might take. But one thing is clear. While Beijing and the Czech elites had high hopes to present an attractive image of China, after all their shenanigans, public opinion has gone the opposite direction. As an international survey published in late 2020 shows, 41 percent of respondents saw their views of China worsened in the last three years, making “the Czech Republic one of the most China-negative countries in Europe.”

Disclaimer: the author of this story is affiliated with the Sinopsis project.