Female foeticide to football in Nepal

The triumph of an unwanted daughter 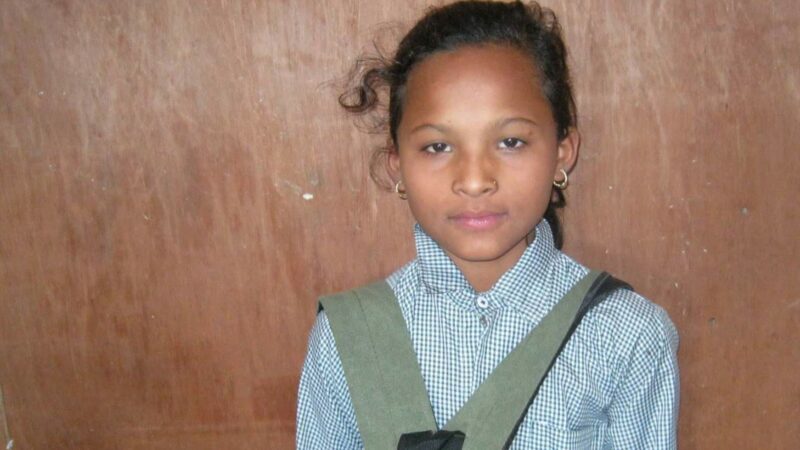 Srijana Singh Thakuri in 2008 as a student in Surkhet. Photo: Kopila Valley via Nepali Times, used with permission.

This article written by Srijana Singh Thakuri was published in the Nepali Times. An edited version is republished by Global Voices as part of a content-sharing agreement.

My Dad wanted a son.

I was the first daughter and after me came three younger sisters. My mother became pregnant three more times after that, all of them would have been girls.

They were all terminated at illegal clinics where parents can learn the gender of their baby and opt for abortion if it is a girl. I know now that the practice is called female foeticide and is common particularly in South Asia.

My parents kept trying for a son, hoping a son would eventually come along. I was already old enough to notice the sadness and worry in my mother’s eyes every time she found out that she was carrying another girl.

My mother was blamed for being cursed and broken. Why was I not enough? Why were we daughters not enough?

Eventually, our Dad abandoned us. One night, without a word, he disappeared, leaving us behind with a broken home, broken hearts, and a mob of debt collectors at our door at all hours of the day.

My mother’s health deteriorated. I hardly saw her smile. I began to work as a cook at a bus station to try and ease her pain. We sold bananas, fruits, and tried our best to get by. I promised my mother through her tears that I would be just as good as a son that she and my father so desperately wanted.

I do not blame my Dad. Actually, I feel sorry for him. A victim of patriarchy, he never knew any different. Society had convinced him that girls are never worth the investment, that all they do is get married and go off to someone else’s house, that families need sons to carry on the name and inherit ancestral property.

But the irony is that we had no land for anyone to inherit. We had nothing. While trying for a son our family had plummeted deeper into poverty, debt, and depression. 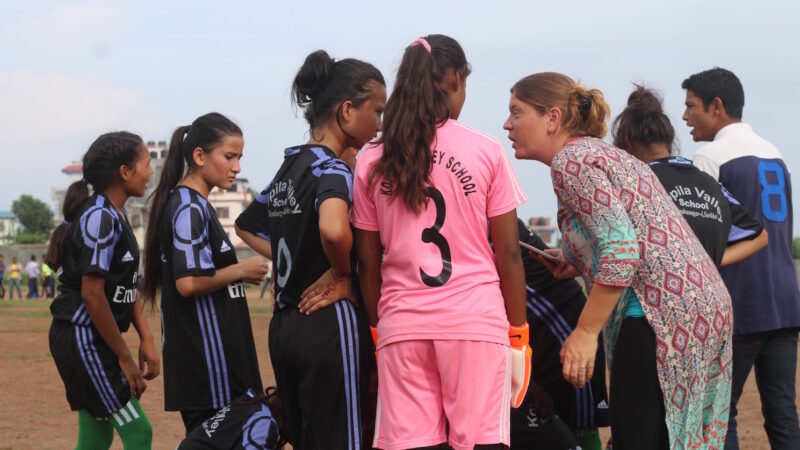 Eventually, things began to look up. I took an entrance exam for Kopila Valley School in Surkhet which is known to be the greenest school in Nepal. The teachers came to know of my story, and by a stroke of luck, I got one of the very few spots available to my age group. In the interview, I explained that with a chance at education, I could help my mother care for my three little sisters, and help educate them, too.

I tried to channel my sadness and my anger into determination. I wanted to be the best at everything. Because of my Dad, I felt like I had something to prove. I became class captain. I joined the girl’s empowerment club. I took traditional dance lessons.

I wrote poetry and participated in debate competitions. I checked out books from the library. I studied late into the night and completed all my assignments to catch up with my classmates. I grabbed every opportunity that came my way.

One day there was an announcement that Kopila Valley School was starting the first-ever football team for girls. I showed up at that first practice on a dirt field without sneakers, sweat dripping down my forehead, ready to try something new. I had never seen a field before, watched a match, or even worn shorts.

In my village, every square inch of land was used to grow food, and sports were for boys on fallow terraces between growing seasons. I never knew that football was for me.

I showed up every day to practice with coach Gopi. He treated me as he would the boys. He yelled at me but also encouraged me. I still remember my first match and how it felt like putting on a uniform, chasing the ball down the field.

Over time I started to get good at football and our team began winning matches. I scored goals and was particularly strong at defence, head balls, and corner kicks. But I also kept up with my studies and started to get noticed as a student and an athlete.

I made it into bigger teams and got recruited for tournaments. Rumours also followed. Neighbours gossiped about me, saying I came home too late or left too early. I was called selfish and that I had my head in the clouds. It got worse when I got my periods, people telling me where I could go and where I could not, what I could do and what I could not. 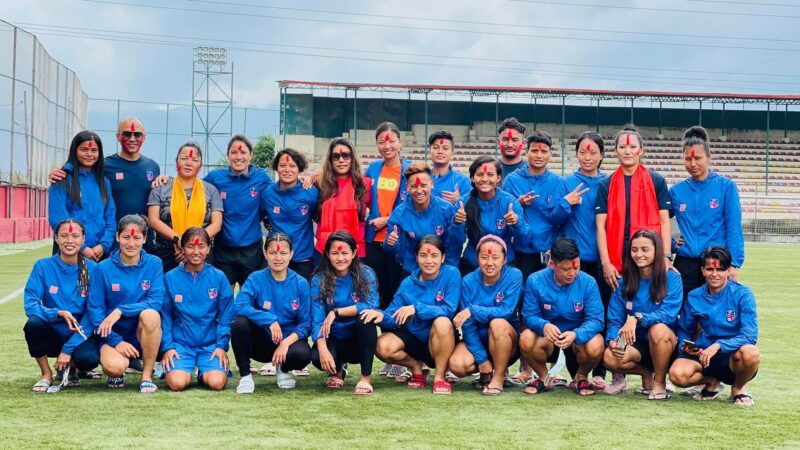 I was going against how girls in my village were expected to behave: stay quiet, keep your head down, try not to get noticed, and when it is time, be marriageable.

I shook off the criticism and kept my eyes on my dream. I continued my education and graduated top of my class. I was eligible for scholarships, and enrolled in a college in Kathmandu. I kept playing football and showing up at tournaments, training all day and night.

My story is not unique. It is just what happens when girls and women are given a chance, opportunity, and investment.

I just turned 20, and last week I made the final roster for Nepal’s national women’s football team. I signed a contract and my name was announced in the newspapers. I am now officially a professional football player representing my country.

I have never felt so proud to be a daughter of Nepal even though there were times when I did not feel like my country was proud of me.

I love putting on the red national jersey and walking into the stadium. I can still feel the thrill of kicking a ball, and a goal hitting the back of the net.

I love football because it makes me feel free and strong and powerful. My next big dream is for the Nepal women’s team to play in the World Cup or qualify for the Olympics. 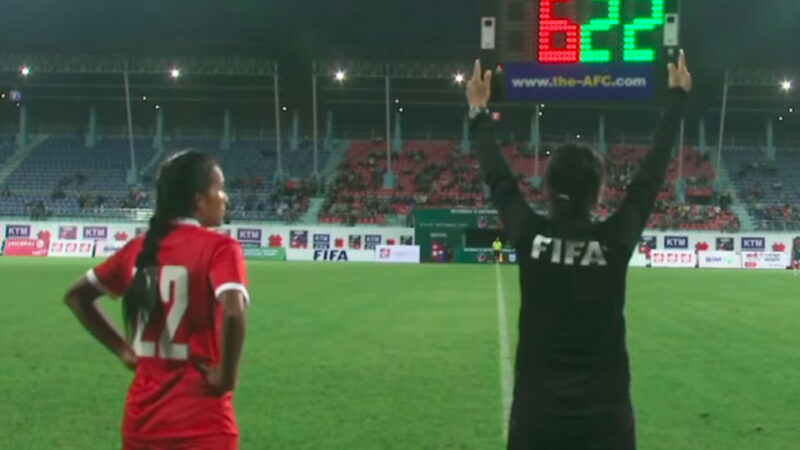 Srijana Singh Thakuri on September 9 at her national team debut in a match against Bangladesh in Kathmandu. Nepal won 2-1. Photo: via Nepali Times, used with permission.

After many years, my Dad came back to us. I would love to say that he had a big awakening and realised his mistakes, but that was not the case. Instead, he tried again for a son, and finally, my little brother was born.

I love my baby brother and hope he will get to grow up watching me play so that he will have a different vision of what girls are capable of.

My Dad got what he always wanted and I achieved my dreams. I had called him when I made the team, and I know he was proud of me.