Authorities say casinos would generate more revenue for the government 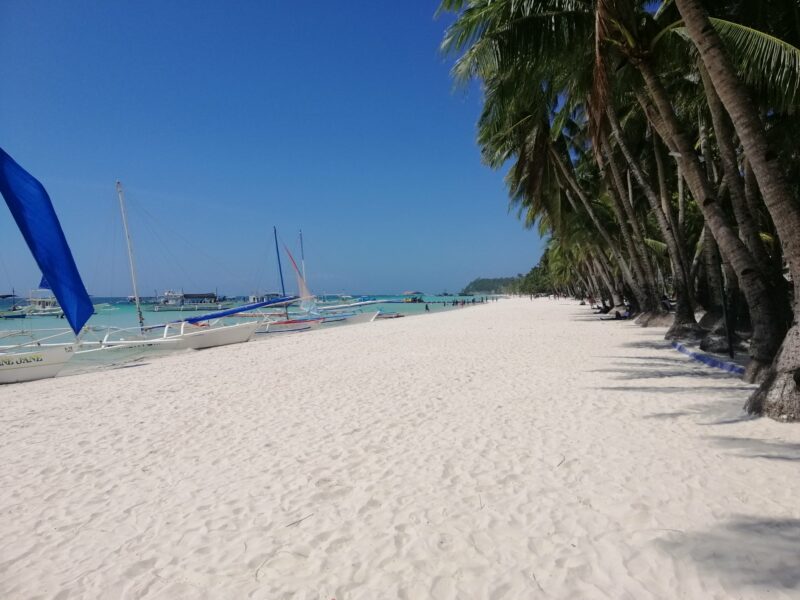 The Philippines’ top beach destination, Boracay Island, is in danger of being transformed into an exclusive gambling and tourism haven for the rich, making it inaccessible to ordinary tourists and backpackers.

Boracay island with its long stretches of powdery white sand beaches and crystal clear blue waters is considered the top tourist destination in the Philippines and houses one of the famous beach resorts in the world. Once an oasis for local tourists and foreign backpackers, the famous resort may now become an exclusive gambling destination for the rich, despite local protests and opposition.

On September 29, 2021, the Philippine House of Representatives, dominated by President Rodrigo Duterte’s “supermajority” allies, approved the Boracay Island Development Authority (BIDA) Bill authored by the president’s son, Davao Congressman Paolo Duterte. Out of the 307 members of the House of Representatives, 192 voted in favor while only seven (six of whom are members of the opposition Makabayan Bloc) opposed the bill.

The counterpart BIDA bill in the Philippine Senate is authored by Senator Cynthia Villar, a billionaire senator whose family owns the Costa de la Vista condominiums and the Boracay Sands Hotel on the island.

This move is a complete reversal from Duterte's previous pronouncement during the island's six-month “environmental rehabilitation” closure period in 2018 that he would ban casinos, due to popular insistence. The President declared that he is now allowing casinos to operate in Boracay since the government needs additional revenue sources amid the economic fallout caused by the pandemic.

The BIDA bill will create a special tourism zone, moving authority over operation, taxation, and investment, license approvals from the local government units (LGUs) to the national government. The authority (as a Government Operated and Controlled Corporation or GOCC) will govern the whole Boracay Island and Barangay (Village) Caticlan in mainland Malay in Aklan province where the seaport and the airport are located.

In July 2018, LGU Malay Stakeholders estimated that the income from Boracay accounts for 78.03 percent of the over 508 million Philippine Pesos (over 10.1 million US dollars) of locally-sourced income in the Municipality of Malay, and 25 percent of the over 2 billion Philippine Pesos (about 40 million US dollar) budget for LGU Province of Aklan. These funds allow the LGUs to finance various social services, but are now in danger of being reduced or cut entirely if another government agency is created to oversee Boracay.

There were speculations in 2018 that the real purpose of President Duterte's island closure was not for environmental rehabilitation, but to get rid of “eyesore” poor communities.

On September 19, 2018, The Department of Environment and Natural Resources (DENR) said that the holding capacity (environmentally sustainable population) of the island is only 54,945 people at any given time, with 19,215 of this figure made up by foreign and local tourists. The Philippines Statistics Authority 2020 census shows that Boracay Island has about 37,800 local residents.

With the increasing construction of plush hotels, casinos, and condominiums, the poor residents of the slum areas, considered “eyesores”, will be forced to leave the island.

Some residents are concerned that casinos will bring social problems of prostitution, money laundering, and other crimes, similar to the problems seen with Philippine Overseas Gaming Operations or POGOs.

Amidst these developments, many Akeanons or Aklanons oppose the establishment of a special tourism zone and casinos in Boracay, with citizens opposing the bill through media outlets, social media, and petitions to government offices to stop the BIDA-GOCC bill and casinos on the island.

On Saturday, September 25, hundreds joined a 65-vehicle caravan from the capital town of Kalibo to Barangay Caticlan in Malay. The caravan, led by priests and former seminarians, was supported by religious groups and local officials.

Many also protested the creation of the Boracay Island Development Authority which would function as a separate government body to manage the island.

According to Kim Sin Tugna of the activist group Bayan Aklan, the BIDA Bill aims to make Boracay Island an exclusive zone for elites and for foreign businesses and companies. Tugna added that the national government wants to control all socio-economic activity on the Island. He said the closure of Boracay island in 2018 was a prelude to opening the island to multinational businesses. Tugna also stated that the majority of the land in Boracay are now owned by foreign investors and soon will be occupied by Chinese-owned casinos.

Almost all LGUs oppose the GOCC in Boracay. Officials led by Aklan Gov. Florencio Miraflores and Representatives Teoderico Haresco Jr. and Carlito Marquez said the consolidated bills now pending in the House committee on government enterprises and privatization would create a corporate body that would “divest” powers from local governments mandated by the Local Government Code.

Nenette Aguirre-Graf, who owns a small business in Boracay, echoed the sentiment of fellow local entrepreneurs. She told the ABS-CBN news:

For us, it’s a bit shocking. Because after saying that he hates casino, he doesn’t like gambling, it made us all happy. But now, with this new pronouncement, it’s kinda scary because you don’t know what’s gonna happen.

She also has a suggestion about how to revive local businesses on the island:

Send more vaccines to the island and open it to tourism, and I think we will be able to generate the money that they need, without resorting to opening the island to casinos.

Bishop Jose Corazon Tala-oc of Kalibo said the Aklanons “have the responsibility to take care and protect Boracay.”

“I appeal to our leaders in the province not to allow gambling casino that will destroy our cherished land,” Tala-oc said in a pastoral letter. He added:

But why do we need to put up a gambling casino? Gambling is a game of chance which foments a culture contrary to the demands of sound reason.

This gradual takeover of the human psyche by gambling is a big personal liability that can become no less than a socio-affective disorder. It will slowly weaken and eventually destroy the moral fiber of the people. 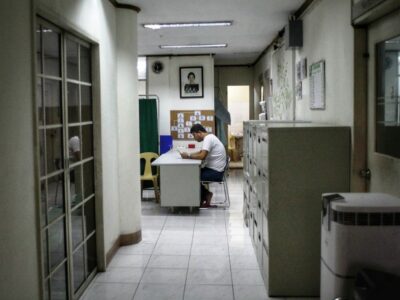 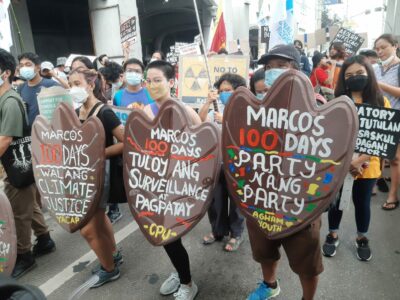