The ruling Georgian Dream party secured 47.6 percent of the votes 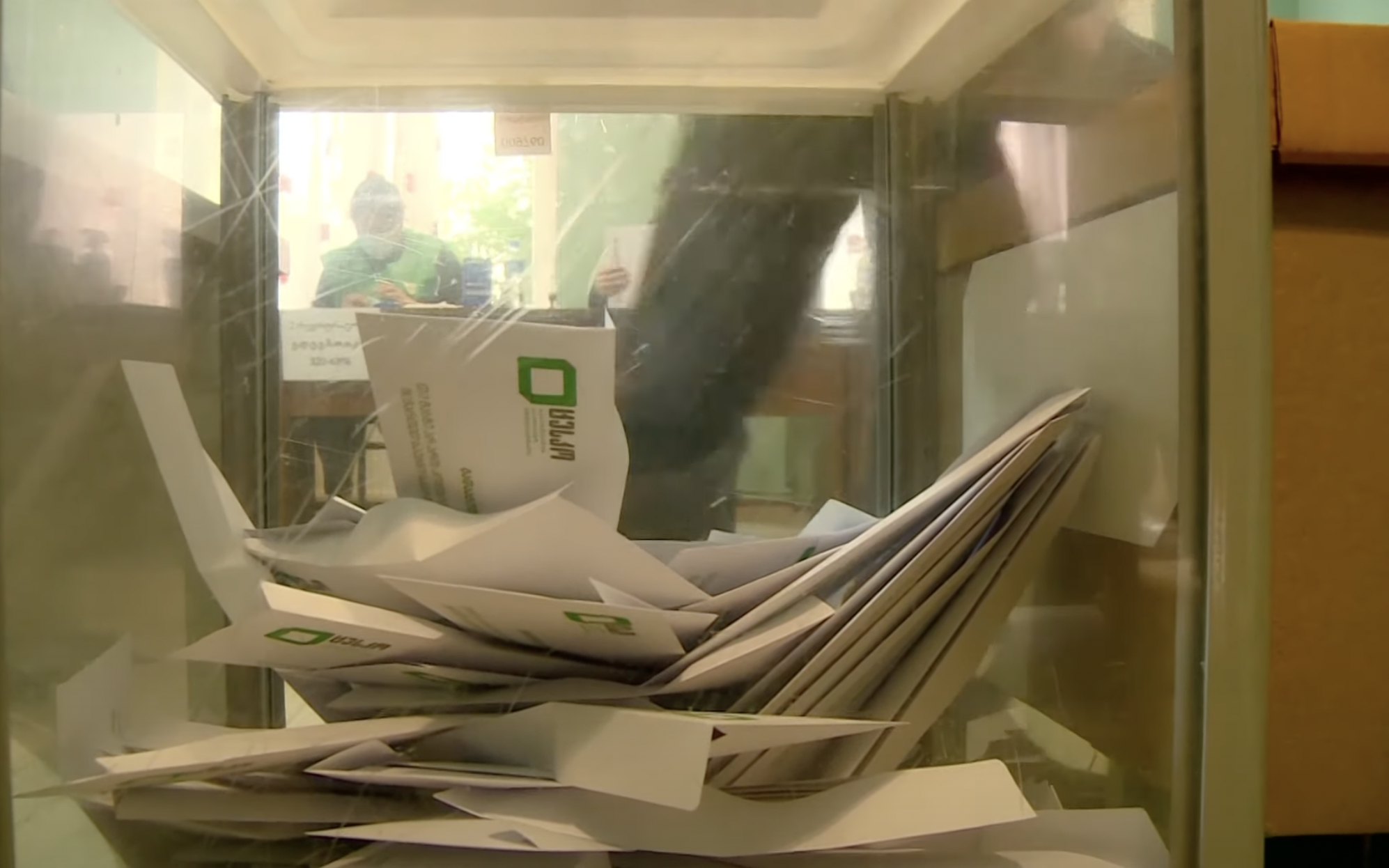 A screenshot from AlJazeera's video report from Georgia

Amid political tensions and polarization, the South Caucasus country of Georgia held a local election on October 2, in what was widely seen as a crucial test for the ruling Georgian Dream party. As 3.5 million eligible voters headed to the polls, the Georgian Dream party secured 47.6 percent of the vote while its rival, the main opposition party of the United National Movement (UNM) came second, securing 27.1 percent of the vote. The rest of the votes were split between the remaining 48 parties according to reporting by Radio Liberty. The nationwide elections included the race for 64 mayoral seats.

Tensions were high ahead of the polls, culminating in the arrest of the former president, Mikheil Saakashili following his return from exile on October 1. Saakashvili is the founder of the main opposition party, the United National Movement. Speaking to AFP news agency from prison, the former president said, “Georgia needs a peaceful transition towards a genuine democracy where political opponents are not locked up on falsified charges of forced into exile.”

Saakashvili left Georgia in 2013 and was sentenced to six years in prison in absentia in 2018 on several accounts of abuse of power in Georgia. The former president denies the accusations.

My letter from prison
My dear associates and my Georgian community.

When I left Kyiv and came here, I knew that I would most likely be arrested, with fabricated, false verdicts which were issued by order of Putin. No country in the world except Russia recognizes this sentence… pic.twitter.com/ffA8VPvhz6

But the political crisis began long before Saakashvili's arrival. Georgia has been engulfed in a political crisis since October 2020, when opposition groups contested the ruling Georgian Dream Party's victory in the parliamentary elections. The contesting parties reached an agreement on April 19, 2021, with mediation from the United States and the European Union. In a July 28, 2021 press briefing, the Georgian Dream Party announced its decision to withdraw from the agreement.

According to the April agreement, a new election would be held in 2022 if the ruling party failed to secure 43 percent of the popular vote in the local election.

Now that the election results are in, revealing that the ruling Georgia Dream party faced challenges in major population centers, according to reporting by OC Media. “All five self-governing cities are sent to go to run offs between the UNM and Georgia Dream,” including in the capital of Tbilisi.

The voting day was not without violations as observers reported attacks on journalists, vote-buying, and carousel voting. The Interior Ministry said it has launched 16 criminal investigations related to incidents reported on the day of the election.

In their statement following the election, OSCE ODIHR said:

The 2 October local elections were generally well-administered but held against the backdrop of a protracted political crisis and characterized by hardened polarization. Contestants were able to campaign freely in a competitive environment that was, however, marred by wide-spread and consistent allegations of intimidation, vote-buying, pressure on candidates and voters, and an unleveled playing field.

The elections drew international attention, including from the US. In her remarks to local media US Ambassador to Georgia Kelly Degnan said, “I've been getting a lot of request from my colleagues in Washington including at the State Department, at the White House, in Congress, they're following this closely as well.”

On October 3, incumbent president, Salome Zurabishvili evaluated the election results concluding that “despite the difficult political and polarized electoral environment, it can be said that the local elections in Georgia were held in a calm, fair, secure, and competitive environment, without significant violations.”

The analysis of the pre-electoral environment and election day has demonstrated that the government still lacks the political will to hold elections in line with high-level democratic standards and that the country is still far away from the goals set by the ambitious electoral reform.

In a statement issued by the Delegation of the European Union in coordination with the embassies of the Member States, the group concluded that although the elections were “generally administered,” they were also “characterized by hardened polarization.”

In view of the second round of elections, the European Union calls on the authorities and all the political parties to urgently make additional efforts to ensure a fair electoral process. The reported malpractices must not become a norm. We also expect credible and swift investigations of all complaints, including reported intimidation and violence against journalists.

Many observers agree that the country is headed into a period of instability. Speaking to Radio Liberty, senior analyst at International Crisis Group, Olesya Vartanyan said, “today's vote is probably a culmination of the months-long political crisis that has a good chance to drive Georgia into more instability and less prospects for development.”