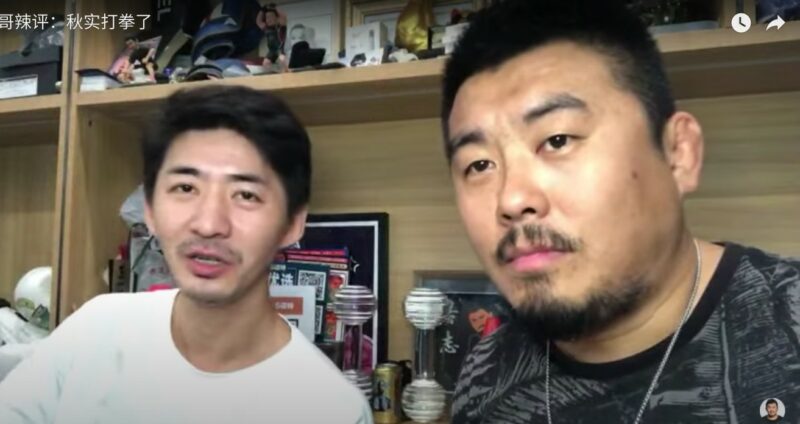 Chen Qiushi, a lawyer and independent citizen journalist who disappeared in Wuhan when he was reporting on the COVID-19 outbreak, has resurfaced on Twitter and Youtube on September 30 after being kept incommunicado for over 600 days.

Chen traveled to Wuhan on January 24, 2020, just before the city went into lockdown. He delivered front line reports from hospitals on Twitter, but vanished from social media on February 5, 2020. His mother then took over his Twitter on the next day, and told his followers that Chen was missing.

According to a report from CNN, at least 47 citizen journalists were arrested and detained for reporting on the COVID outbreak in Wuhan. This group includes Zhang Zhan who was recently sentenced to four years of imprisonment on charge of “picking quarrels and provoking trouble”. She had gone missing since May 14, 2020. According to the human rights organization Amnesty International, Zhang was tortured in the prison.

While the Chinese government pressed charges against Zhang Zhan, it did not do so in the case of Chen Qiushi. Chen was detained for more than a year, and then released but put under house arrest in Qingdao in March 2021, according to Xu Xiaodong, a popular Mixed Martial Art (MMA) player and Chen's friend who had been campaigning for his release on social media for the past 20 months.

Then, out of a sudden, on September 30, Chen posted a letter on Twitter, in which he said:

So long!
I have gone through a lot in the past one year and eight months. I can share some of it, but not all. I'm sure you understand what’s going on. During the darkest moments of my life, it was MMA sports that saved me. Boxing and Brazilian Jiu-Jitsu have not only helped my body to recover, but also helped me to walk away from depression.

In the online letter, he said that he would organize a charitable boxing match event on December 31, 2021.

Two hours later, he appeared briefly in a live-streaming video on his friend Xu Xiaodong’s Youtube channel reciting what he said in the letter. When promoting Chen’s charitable boxing match, Xu said, “Sometimes, when one cannot speak with his mouth, he can speak with his fists.”

Chen Qiushi is still banned from updating his social media outlets in mainland China. As his reappearance on Twitter and Youtube took place one day before China's national day, some believe that it is part of Beijing’s hostage diplomacy and propaganda. Still, the majority of netizens have expressed great joy to see him return. One of such comments on the Youtube comment thread said:

Just now I read someone said he could not help shedding tears [watching the video], I did not understand. But as I watched the part when lawyer Chen said that he had a bit of depression, tears rushed out from my eyes. Lawyer Chen must have suffered. Please stay strong and carry on. I always support both of you.

On Twitter, blogger Juan Li urged others to stop criticising Chen for allegedly serving the interest of Beijing’s propaganda:

I am all positive about Chen Qiushi. It is brave to risk your life and report on the COVID outbreak in Wuhan. Fang Bin [another citizen reporter covering the outbreak] is even braver. The CCP detained Qiushi for a period of time and now has him under control, as Fang Bin, it made him disappear. We should not expect Qiushi to be killed or tortured. The CCP attempts to divide and intimidate us, so don’t attack Qiushi. He has the right to make his own choices and pursue happiness. What the CCP fears most is that there could be more people like Qiushi.

Fang Bin, a citizen journalist who also covered the COVID outbreak in China, has been missing since February 9 2020.

Veteran journalist Wang Zhian interpreted Chen’s re-appearance as a public message to signify that Chen has not been defeated:

I watched Chen Qiushi and Xu Xiaodong’s video. It has been very difficult for those young people who went to Wuhan to record the COVID-19 outbreak. The media environment in China has no space for citizen journalists, yet they tried, so such acts are very respectable. I watched him boxing. He has not been beaten down. While life is boring, we can still see that the spirit shines. If there is a chance, I would like to attend the sport event in person to see him speaking up with his fists.