Relations between Turkey and Russia: “It's complicated” 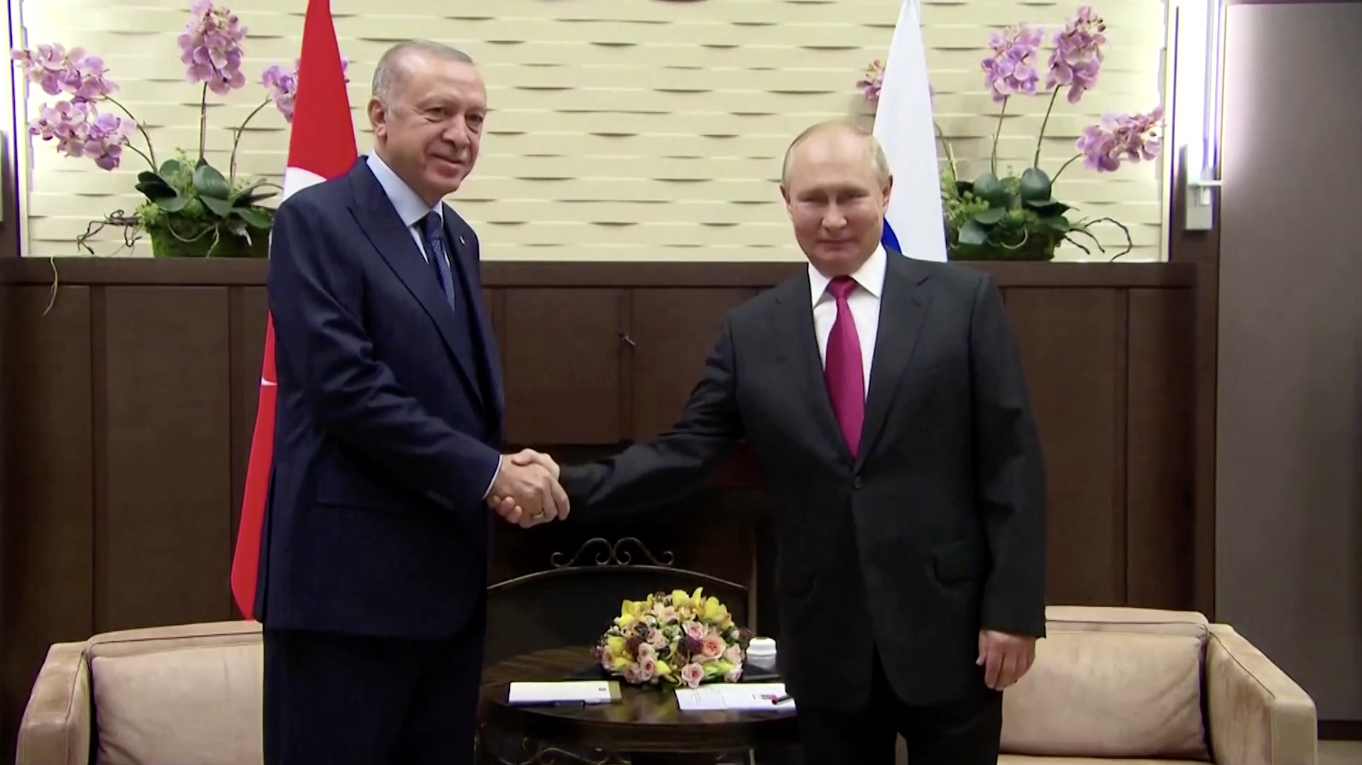 On September 29, the leaders of Turkey and Russia met in the Russian Black Sea city of Sochi to talk about conflicts in Syria and Libya, their presence in the south Caucasus, energy, and a new missile deal.

Held behind closed doors, the meeting lasted for roughly three hours. Both President Erdoğan and President Putin refrained from making any joint statements to the press.

However, one brief encounter between the two leaders circulated widely online — a conversation about antibodies.

Putin: Everyone around me got Covid-19, but my antibodies are quite high.

Erdogan: What is your level?

Erdogan: It's too low, mine is over a thousand ??pic.twitter.com/wKvNpqHp2j

But while President Erdoğan was boasting about his personal level of antibodies, it may have been the only positional advantage he held. According to Kerim Has, an independent analyst and lecturer at Moscow University, the meeting this week was one where Erdoğan had the “weakest hand.”

Erdogan is going to Russia with “weakest hand” in 19 years; he is losing support at home; the economy is worsening; the country is deploying a foreign policy at odds with almost everyone except Britain; there are new dead ends in Idlib and other regional tensions; ending natural gas deals.

Similarly, in her op-ed for The Washington Post, journalist Asli Aydintasbas wrote:

When Erdogan met with Putin in Sochi on Wednesday, he probably had big favors to ask and not much to offer.

The meeting between Erdogan and Putin lasted nearly three hours, and it's hard to know what Turkey got out of it. But what is clear is that Erdogan's traditional balancing act is no longer working, and Putin is the one in a position of strength, able to pressure Turkey economically and in Syria.

The meeting was the first face-to-face interaction between the two leaders in more than a year, due to pandemic imposed restrictions.

Following the meeting, both presidents spoke separately on the outcomes to local media. President Erdoğan praised the military deals with Russia, reinforcing the plans to purchase a second batch of S-400s missiles. The first such deal ended with Turkey getting economic and travel sanctions imposed by the US, and the US cancelling Turkey's purchase of next generation F-35 warplanes in 2019, according to reporting by the New York Times.

But, aside from bilateral cooperation, the most important item on the agenda between the two leaders was the situation in Syria, specifically in Idlib, where there are signs of a new offensive by the Syrian army against Turkey-backed rebels.

Russia is the main ally of the Syrian government, backing the Syrian army, while Turkey supports rebel groups involved in unseating President Bashar al-Assad. Idlib is the final hold-out of rebel forces supported by Turkey. It is also home to more than 3.4 million Syrians, according to some estimates.

Tensions in Idlib have been high despite a ceasefire deal that was reached in March last year between Russia and Turkey. Some 10,000 Turkish troops are deployed in the province to deter any Syrian army offensive, and the country sent reinforcements ahead of the meeting between the two presidents. Last year's deal, however, “has come under strain in recent weeks with air and ground bombardments of rebel-held positions,” reported Middle East Eye. According to the media platform, citing information obtained from a senior Turkish official, the two leaders did reach an agreement to keep the status-quo in Idlib.

A new offensive in Idlib means a new wave of Syrians crossing the border into Turkey, where there are already some four million Syrian refugees. Before meeting his counterpart on September 29, President Erdoğan stressed the importance of securing peace in Syria not only for the immediate situation but as a long term plan, to finally end the war.

According to Mark N. Katz, an expert at Atlantic Council, while the meeting in Sochi did not resolve major differences between the two regional heavyweights, “it did prevent them from getting worse.” But local experts disagree. In an interview with DW, retired Turkish ambassador Ünal Çeviköz drew attention to the absence of a joint statement after the meeting between Putin and Erdoğan.

This meeting goes against the diplomatic conventions. Failure to make a joint statement after face to face meeting, either indicates a situation that requires state secrecy, or is a sign the government is hiding from the public whatever bargain it has made. We, are witnessing the latter.

Aydın Sezgin, another former ambassador, shares Çeviköz's sentiment, adding in an interview with DW that this was the first time that the presidents refrained from making a joint statement following their meeting. “It is a habit for Putin — to always bring his closest aides and ministers to the meetings. It is worth considering. Either there are elements worth hiding, or the bargaining will continue,”  he added.

Faced with mounting criticism over the financial downturn, rising living costs and flare ups against refugee communities across the country, it may not be surprising after all that President Erdoğan chose to refrain from making promising statements on the meeting with his counterpart in Sochi.