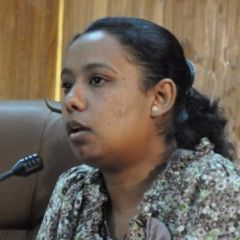 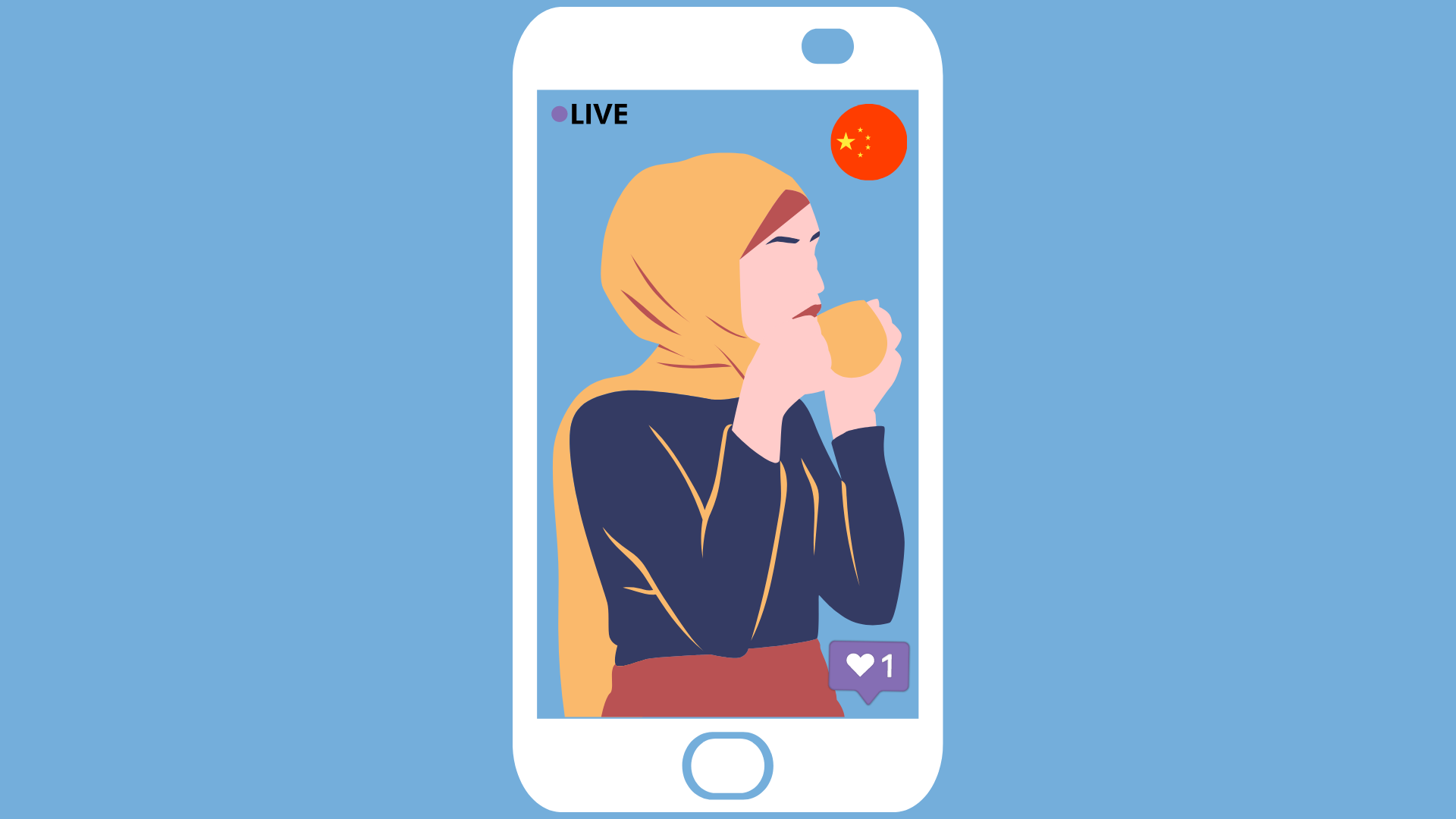 China has been hiring social media influencers since as early as 2020 to spread pro-Chinese propaganda in Egypt and among Arabic-speaking social media users. Concealing their Chinese governmental affiliations, they aim to promote a favorable public image for China in the Middle East's most populous and culturally influential country.

Hints of such a mission were visible in the wake of the COVID-19 pandemic. Early cases of confirmed deaths due to the pandemic were of high-ranking Egyptian army personnel who worked closely with Chinese workers and engineers involved in the construction of Egypt's new administrative capital. Soon after their deaths, a viral YouTube video showed a number of Egyptians harassing an Asian man on a greater Cairo ring road after he was forced out of an Uber ride.

While hundreds of Egyptians denounced the man's treatment as blunt racism, others expressed fear of the Chinese presence in Egypt, declaring them the source of a hypothetical explosion of the virus. This claim of Chinese guilt ignored the country's incompetent health system and battered economy, both of which played a role in Egypt's ability to combat the virus.

Among the voices defending the Chinese in Egypt was a young woman using the name Faiha Wang, who boasted of her Chinese origin online. In August 2019, several months before the attack, Wang had created pages on Facebook, TikTok and Twitter. These pages had only a few thousand followers at the time, with comments that mostly praised her beauty and fluently written Arabic.

After Wang led a campaign on Facebook urging Egyptians to apologize and support the bullied Asian man, her page garnered hundreds of thousands of followers.

She also attracted the attention of Egyptian media outlets that were desperate for stories that do not aggravate or alert unforgiving state censors. Overnight, Wang became a welcome voice in Egyptian media, garnering attention in both mainstream and alternative media, as well as international media covering Egypt. Wang spoke in interviews of her successful campaign, and solid Egyptian-Chinese ties.

Traffic to her social media platforms quickly mushroomed, drawing thousands of reactions to her posts of her homeland, which mostly focused on cooking, street food, and Chinese culture. With words of praise for her beauty and smile, her Arab followers seemed less interested in her content on culture.

Along with the surge in followers and traffic came a new tone in Wang's posts. Posts praising China and its government's handling of the virus became more frequent, and what seemed sincere patriotic pride gave way to seemingly targeted propaganda. Soon after, more virtual journalists and influencers promoting Chinese views appeared across Egypt's social media sphere.

According to her Facebook bio, Wang is a Chinese media employee working and living in Cairo. In the few articles she published in popular, yet not very credible Arab media websites, she introduces herself as a journalist.

Alharir.info, an official Chinese website that was created to promote the Belt and Road Initiative (BRI) to Arabic audiences, republishes some of Wang’s infrequent writings, and introduces her as the Cairo correspondent for Chinese National Radio. The same description was used in a profile published by El-Watan, a daily publication owned by the Egyptian intelligence-linked UMS, which now owns the vast majority of Egyptian media platforms. According to this profile, Wang is a Muslim who practices during Islam's holy month of Ramadan, learned Arabic in Cairo, and had been living there for three years as of May 2020.

El-Watan’s profile of Wang followed her publication of a TikTok video in which she performed in sign language “Tahia Masr,” or “Long Live Egypt,” a song based on the slogan that has become the hallmark of President Abdel-Fattah El-Sisi and his rule. Her choice of song likely drew the attention of a wide segment of the Egyptian audience.

Evidence found by Global Voices suggests that Wang has been assigned as a production director in Egypt by the China Media Group (CMG), a state media company that was inaugurated in 2018, one year after Wang began working in Egypt in 2017. Before that, Wang spent 10 years working as a broadcaster in China. A report about her on CMG described her as “China Media Group’s first and only Arabic language social media influencer based overseas.”

Although CMG's January 2020 report referred to her as the only Arabic-speaking Chinese influencer, Facebook's algorithms indicate there are others. As many as five other influencers posting in Arabic are among Facebook’s recommendations of similar accounts, including several Egyptians living in China, and Suad Ye, another female Chinese “journalist,” with an Arabic first name, who works at the Chinese Media Corporation. Similarities in social media content and strategies between these accounts are easily noticeable, and all promote Chinese state narratives in Arabic.

Wang never corrected Egyptian media that falsely introduced her as a Muslim, and the claim made her more appealing to her mostly Muslim audience. However, this very audience was behind a backlash against her posts that began in April 2021 in response to her position on China's Uyghurs.

A December 2019 China Global Times article took pride in Wang’s initial success in “turning them from black to pink” when it came to the Uyghurs, indicating that her mission is to serve the interests of the Chinese government and its propagandist rhetoric rather than providing accurate unbiased reporting as a journalist.

The article says that there were many “rumors” about China’s policy in Xinjiang circulating in Egypt, and Wang, “China Media Group’s production director in Egypt,” was using her social media accounts to reverse these “western-influenced opinions of China.” As per the article, she was active in commenting about these Xinjiang “rumors,” “in fluent Arabic, so that common people in Egypt can know the truth, these rumors about Xinjiang come from western influence to undermine China.”

In April 2021, which coincided with the holy month of Ramadan, Wang's Facebook posts began to receive a flood of angry comments. Many of these comments came from Muslims denouncing Chinese treatment of the Uyghurs, hundreds of whom were rounded up and extradited from Egypt at China’s behest in 2017.  These comments escalated in May, after she posted selfies in Xinjiang while “reporting” from a Uyghur children’s re-education camp.

Wang, while in Xinjiang, posed the Uyghur “problem” as a national security problem, claiming that China is facing the same “terrorism” Egypt is battling in Sinai and is taking “necessary measures” to uproot the “terrorism” in Xinjiang. She posted videos, which she later removed from both Facebook and YouTube, of supposedly Muslim families, some of whom live in Beijing, to prove that China is not discriminating against its Muslim citizens. She wrote an Arabic article that carried an angry tone demanding the halting “defamation against China concerning its efforts in Xinjiang to eradicate extremism.”

The influx of angry comments on her posts kept coming. More recently, her page was evaluated by some of her audience as fake news and propaganda.

Despite the growing hostility, Wang continues as a propagandist, posting her smiling selfies, refuting comments on China’s faulty space rockets, and praising her country's treatment of the “extremist Uighurs.” She even started a fan page describing itself as Wang’s army, which she runs herself.