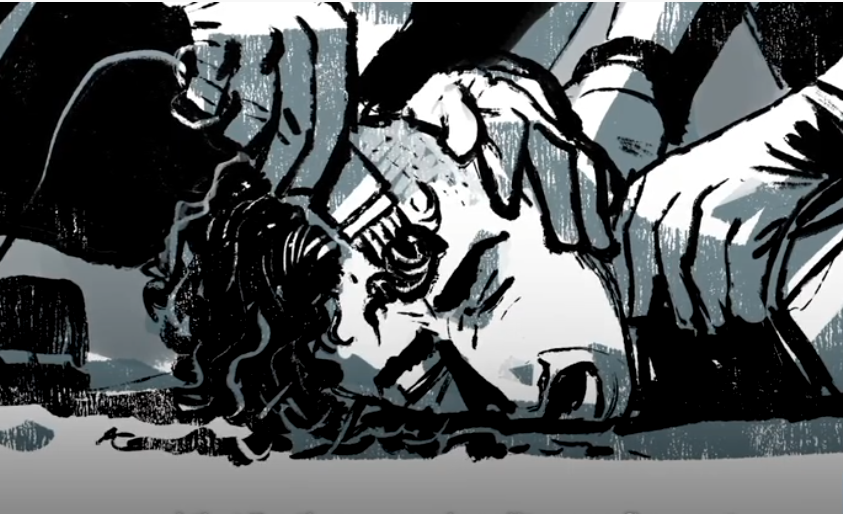 Screenshot from YouTube video Imprisoned in Egypt for Raising the Rainbow Flag, by Human Rights Watch.

While many countries around the world are increasingly adopting LGBTQ-friendly policies and practices, some countries in the Middle East and North Africa (MENA) region are moving in the opposite direction.

From Egypt to Turkey to Iran, MENA governments are pushing back against LGBTQ+ inclusion, even resorting to social media and mobile phones to track and target the community. Social stigmas have also hindered progress. Indeed, the LGBTQ+ community in the Middle East is under significant threat and international rights advocates must pressure MENA governments to transform their policies to create a more inclusive society free from fear and oppression.

While the content of LGBTQ-related laws varies from country to country in the MENA region, most nations have strict laws against homosexuality, many of which were inherited from colonial powers such as the French and British. In addition, some countries have adopted laws against same-sex sexual relations or the expression of transgender identity based on interpretations of Sharia law. These legal frameworks and existing social stigmas around being queer or transgender in the region have made it increasingly difficult for members of the LGBTQ+ community to establish and maintain safe and inclusive spaces.

In one prominent case in Egypt, Sarah Hegazy, a queer Egyptian feminist, was arrested after raising a rainbow flag at a concert in Cairo in 2017. The photo was posted on Facebook and shared numerous times, garnering attention from both critics and proponents of the LGBTQ+ community. A few days after the image went viral, the Egyptian government intervened, arresting Hegazy for “joining a banned group aimed at interfering with the constitution.” The government also reviewed footage of the concert. It detained dozens of other concertgoers who had hoisted the pride flag, as well as citizens they perceived as gay or transgender. The government held Hegazy in pretrial detention for three months. During this time, Egyptian authorities tortured her with electric shocks and solitary confinement. They also encouraged other prisoners to assault and abuse her. After her release, Hegazy moved to Toronto in exile but unfortunately, in 2020, she took her own life.

Since the concert, the Egyptian government has also launched a massive campaign of arrests:

As part of this campaign, Egyptian authorities created fake profiles on same-sex dating platforms and used them to entrap queer individuals.

In Iran, notorious for executing LGBTQ+ individuals, surveillance of social media platforms is ever present. The LGBTQ+ community has increasingly moved to Twitter, Instagram, and Telegram to express their feelings of discontent towards the Iranian regime. In the eyes of the regime, homosexuality is considered a sin punishable by death. In 2007, former President, Mahmoud Ahmadinejad, exclaimed, “In Iran, we don’t have homosexuals,” while Mehrdad Bazrpash, a member of parliament, stated that “it is a great honor for the Islamic Republic to violate the rights of homosexuals.” Indeed, Iran’s LGBTQ+ community suffers from oppression and alienation by authorities.

Clamping down on LGBTQ+ individuals in Iran has proven to be invasive and oftentimes brutal. Persian authorities are permitted to crawl social applications, like Grindr and Hornet, to blackmail and ensnare individuals into their dangerous honeytrap. On apps like Hotgram and Talaeii, a version of Telegram allowed to function in Iran (Telegram was banned in 2018), authorities can easily hack into the application because of its weak privacy policy and the founders could be tricked into communicating with government officials. Such constraints and invasion of privacy are forcing many in the LGBTQ+ community to flee to more liberal countries.

Anti-LGBTQ+ sentiment has also been on the rise in Turkey. Turkish President Recep Tayyip Erdogan routinely makes hostile and degrading comments about the LGBTQ+ community, contributing to a spike in anti-LGBTQ+ hate. For many years, Turkey was considered a tolerant country that stood out in the socially conservative MENA region. Although homosexuality is still legal in Turkey, Erdogan has invested significant resources in targeting the community, sparking concerns that the country may see a rise in hate crimes. This targeting has resulted in the cancellation by Netflix of a Turkish-produced series that featured a gay character because the government refused to issue a license to film. In addition, last June, Turkish media outlets led a boycott of French sporting goods company Decathlon after the company issued a statement saying it stood in solidarity with the LGBTQ+ community. Some Turkish citizens believe these efforts aim to distract society from the government's failing economic and social policies.

While not considered the Middle East, it’s worth mentioning that Afghanistan, which shares a border with Iran, is currently in the midst of an LGBTQ+ crisis. Although the state of rights for this community was not ideal under the U.S. occupation, the risk of violence and harm is set to increase significantly under the new Taliban government. Before the U.S. military occupation of Afghanistan in 2001, the Taliban was well known for using the public execution of queer individuals.

Now that the group is in control of the country, similar outcomes are expected. According to a Los Angeles Times report, the Taliban has been cracking down on numerous segments of the population over the last few weeks, including the LGBTQ+ community. Additionally, a Taliban judge recently confirmed to a German media outlet that under Sharia law, homosexuality is illegal, and that the Taliban regime will punish homosexuality through stoning or by having a wall collapse on the accused individual. Over the past few years, many queer Afghans have come out to their families and began using their phones to communicate with and support one another. Many of these individuals are now fearful that the Taliban will confiscate their devices and use the information they find to hunt down other queer Afghans. 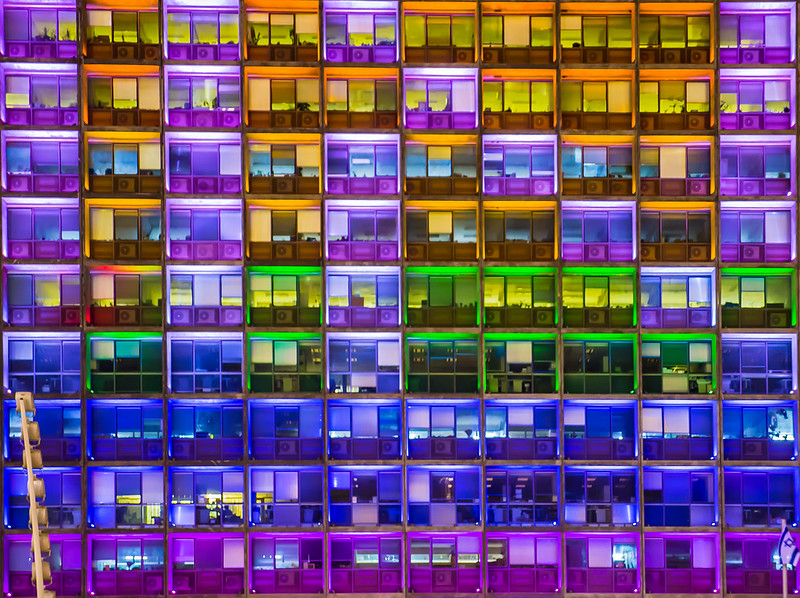 While these efforts are a step forward, laws criminalizing same-sex relations persist. Government authorities are increasingly relying on technology to identify, track members of the community. Much like what the community has done in Tunisia, international LGBTQ+ rights advocates must continue to pressure governments in the MENA region to transform their policies. Such policies would improve the situation for LGBTQ+ people, providing the community with protection and liberality, whilst also stopping the retrogressive pattern currently evident in the region.

Camille Arquette is a consultant on international terrorism, with an interest in LGBTQ+ rights.