The aftermath of #EndSARS: The Twitter ban and what it means for young Nigerians 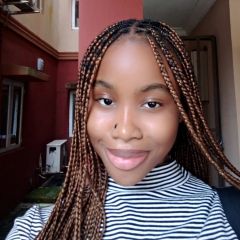 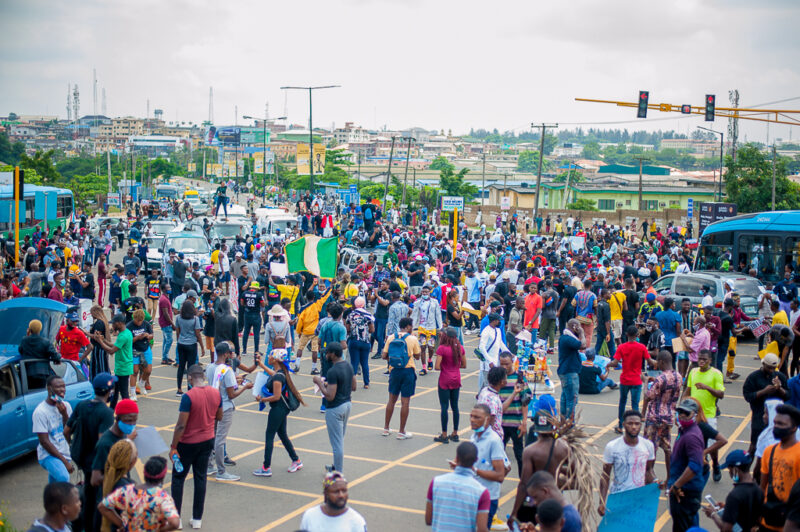 In recent times, young Nigerians have discovered, and begun to use, the power digital media has afforded them to advocate for better governance and an end to all the injustices they suffer daily.

The nationwide #EndSARS movement against police brutality which took the country by storm in October 2020, fully demonstrated just how powerful digital media can be when it is used as a tool for advocacy. #EndSARS was a youth-led movement, spurred by a video that went viral online showing a young man being assaulted by SARS officers. By October 8, the nationwide protests were in full stride, and those who could not join the protests on the streets began the biggest online protest this country has seen to date.

During the protests, Twitter was the virtual meeting place for the youth. It was where they organized the protests, shared information, raised awareness and delivered the best courses of action. It was also where they encouraged one another, fed off one another's energy and emphasized the importance of staying united and true to the movement's objectives.

Since then, it has become evident that the Nigerian government is desperate to strip the youth of what has proven to be one of their most powerful weapons. All social media platforms are powerful in their own way, but Twitter trumps them all when it comes to helping the online activism of Nigerian youths to thrive. Their ability to change and control the narrative with a single app, by just tweeting, is something the Nigerian government had never seen before.

Twitter is above the government's manipulation. They cannot control it in the same way they have always controlled traditional media, and this poses a big problem for the state. Therefore, it is no surprise that the Nigerian government finally took action against what it considers to be one of the biggest threats to Nigeria's existence — Twitter.

READ MORE: Social media became a life-saving tool for Nigerians. Now, they have to fight for it

The Twitter ban, which took effect in the early hours of Saturday, June 5, is the government's latest attempt to silence the ever-growing voice of the Nigerian youth. It was suspended not just because the platform recently deleted one of  President Muhammadu Buhari's tweets, which violated its rules, but likely also in retaliation for what transpired in October 2020 and all the events that followed. Since Nigeria’s information minister Lai Mohammed considers the use of the platform as a “national security threat,” one can assume that the #EndSARS protests are the kind of activity he was referring to in that statement.

This indefinite suspension is unconstitutional, and a direct violation of the digital and human rights of Nigerian youth. If the app is made completely inaccessible to them it will have a severe impact not just on those who depend on the platform as a source of livelihood, but also on those who use it to advocate against injustice and human rights violations. Various netizens raised their voices in protest on Twitter, under a #KeepitOn hashtag provided by the platform:

Modupe “Moe” Odele recalled how they were able to raise legal aid for arrested protesters:

We organized legal aid for arrested peaceful protesters all over the country using Twitter. Lawyers arrived at police stations in some cases within 20 mins of arrest.
This platform is essential. #KeepitOn

Rene lamented the negative impact of the ban on her work and advocacy causes:

My charity, my businesses and my success comes mostly from twitter. It’s Impacted my life In so many ways. I see how lives are changed here every day. My government hasn’t considered me or the millions of people who rely on this platform. Wicked souls #KeepitOn

The same cry of anguish was repeated by this Twitter user:

In Nigeria, Twitter is our 911, it's our crowd funding community, e-commerce platform, our fact checker and the main CRM tool for most companies.

It is some people's source of livelihood. If the government can't give Nigerians food, they shouldn't take our plate.#KeepitOn

As of now, netizens can still access the platform with a VPN but the government has already announced its intention to combat the continued use of Twitter even after the ban is over by ordering the prosecution of those still using the app. However, this would be unconstitutional, and not enough to keep Twitter users off the app.

Several months have passed since the ban, and though no arrests have been made and netizens can still access the platform via VPN, the situation still looks bleak as it is hard to tell how long this ban will hold.

However, there is a glimmer of hope.

Negotiations have begun between Twitter and the Nigerian government, according to information disclosed by Segun Adeyemi, the special assistant to the president for media on June 22. Twitter had announced its intention to negotiate with the Nigerian government on June 11, to see if they could come to an agreement that would lead to the possible restoration of Twitter services in Nigeria. The negotiations are being carried out by a team of ministers headed by Lai Mohammed.

In mid September, the Nigerian government announced that it will be reinstating Twitter “in a few days.” However, nothing has happened since then, and Twitter remains banned in Africa’s most populous country.

Nonetheless, the question remains, whether any reasonable agreement can be met with a government so determined to silence any and all dissenting voices.

This article is part of a series of posts examining past and present online advocacies for transparency, accountability and good governance by Nigerian youth. This writing project was part of the digital communication course for second-year students of the BSc in Mass Communication, School of Media and Communication (SMC), Pan Atlantic University, Lagos, Nigeria. This project falls under Global Voices’ digital rights reporting and newsroom training for communication students around the world.