Many in mainland China are bullied into silence 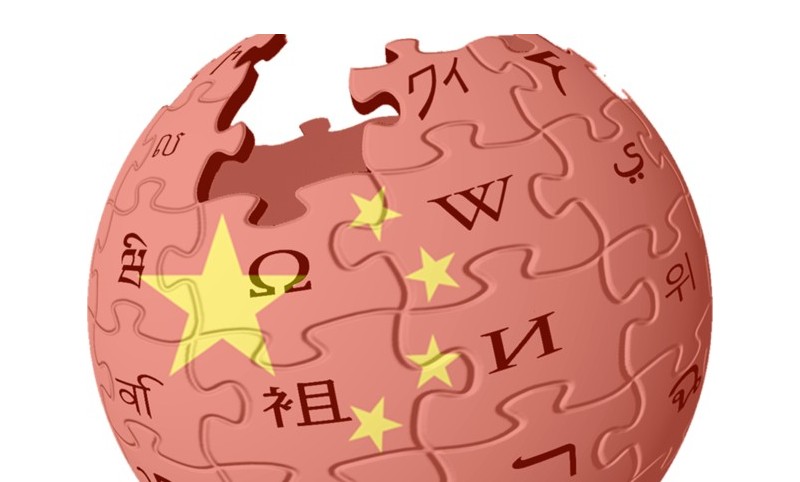 Upon investigation over the infiltration of the Chinese Wikipedia community, the Wikimedia Foundation has recently decided to ban editing access of seven users and revoke the rights of twelve administrators’ rights from mainland China. It stressed that the decision was made because “some users have been physically harmed.”

Global Voices interviewed a veteran mainland Chinese Wikipedia editor earlier this week to give our readers more background on the Foundation's decision. In the following interview, Global Voices talked to a Hong Kong Wikipedia editor (under pseudonym Henry Kwong), who is currently residing in the UK, to discuss the gravity of the harassment, threats and actual harm that the Chinese Wikipedia community has faced in recent years. The interview was conducted through email, and the editor's identity has been hidden for security concerns.

Henry Kwong pointed out that just days after the Foundation announced their decision, a veteran mainland Chinese Wikipedia editor, Philip Tzou was doxxed and threatened.

On Weibo, Sitoka 98 (@斯图卡98), a commentary writer on Chinese military news with 5.7 million followers, claimed that Philip Tzou was responsible for the decision made by the Wikimedia Foundation. The doxxing post had included his real name, his household address in China, his current job in the US, his Twitter handle and a photo of him with his girlfriend. It also claimed that Philip Tzou was pro-Taiwan and pro-Hong Kong independence.

As anticipated, all kinds of verbal threats emerged in the comment thread, such as “hunt down his parents,” “arrest him” or even “learn from the Russians and murder him.”

He said that the WMC, the “pro-Beijing caucus” started dominating Chinese Wikipedia elections in 2017, and by 2019 “not a single editor with a known Beijing-skeptical personal opinion has been elected to Chinese Wikipedia administrator status.” Wikimedia Foundation's statement has confirmed the existence of threats, verbal attacks and election canvassing in relation to the WMC.

In recent years, governments in both Hong Kong and mainland China have encouraged people to become informants for the police authorities. When asked to explain the effect of such political culture, Kwong says:

Every civil society leader from Hong Kong is now either in jail or in a self-exile, and I am speaking to you on the condition of anonymity. Need I say more?

Every article about notable deaths in the 2019 Hong Kong conflicts have been brutally fought over. When the facts of the case are uncertain, as with the horrible deaths of Chow Tsz-lok and Chan Yin-lam, some editors sought to cite Beijing propaganda that tried to smear the personalities of the deceased citizens…

Both China state-owned or affiliated media outlets and Hong Kong pro-establishment media outlets mobilised to depict the 2019 protests as a “riot” or even “terrorist acts” in order to justify the deployment of armed forces, including tear gas and rubber bullets by the Hong Kong police.

He said that there were cases when Wikipedia's “neutral point of view” principle was abused to suppress information, and he pointed to the debates over a protest incident when a first-aid responder using the pseudonym “K” was allegedly shot blind by riot police on August 11, 2019.

According to the discussion page of the entry, a photo taken by “Studio Incendo“ was removed from the original entry in May 2021. The photo was taken when other first-aiders in the protest site were taking care of K, and it showed the pair of blood-tainted goggles taken off of K, which had been damaged by a bean bag round. While the photo caption did not claim that K was shot by Hong Kong riot police, the key argument for the removal decision is that the image itself “is asserting the accusation against the police.”

Kwong believes that the edit war is not simply a result of differences in opinions but state influence:

I have every reason to believe that the pro-Beijing editors I fought against were sincere in their belief in Chinese propaganda. They aren't the problem. The problem is with their state censorship, which means other voices in China have no representation in the debate.

The Great Firewall of China has blocked Wikipedia in one way or another for over a decade, so the playing field has not been level in a long time. Yet we are having a problem with Mainland Chinese editors pushing a pro-Beijing agenda […] This is what happened to Chinese engagement with politically sensitive topics on Wikipedia: lock up netizens who are skeptical of the Chinese establishment, let the regime's loyal cheerleaders pass through the net, and multiply that by the sheer population of China, and voila you have an army of self-motivated propagandists who can create a “consensus” that supports the Chinese establishment's view.

He is supportive of the Wikimedia Foundation's decision:

For too long, censorious authorities have abused the open knowledge movement's goodwill to push their agenda.

Yet, to prevent the powerful, such as state-backed actors and corporate, from infiltrating the community and using Wikipedia as a means to advocate for a political agenda, Kwong believes the Foundation has to further review its editorial and community policies:

…now Wikipedia is the central hub of the world's knowledge and a target of willful, coordinated abuse. The first step is to recognise that Wikipedia's policies are vulnerable to authoritarian abuse, and redress any state or non-state actors’ attempts to create an unequal playing field of knowledge, for example by setting editorial principles that ban media outlets owned by authorities that censor Wikipedia from being used as citations. … The nascent plans to set up a global Wikimedia Code of Conduct Committee is a welcome start and I hope the committee will take an active part in tackling governments and corporations who try to abuse Wikipedia to promote their propaganda.