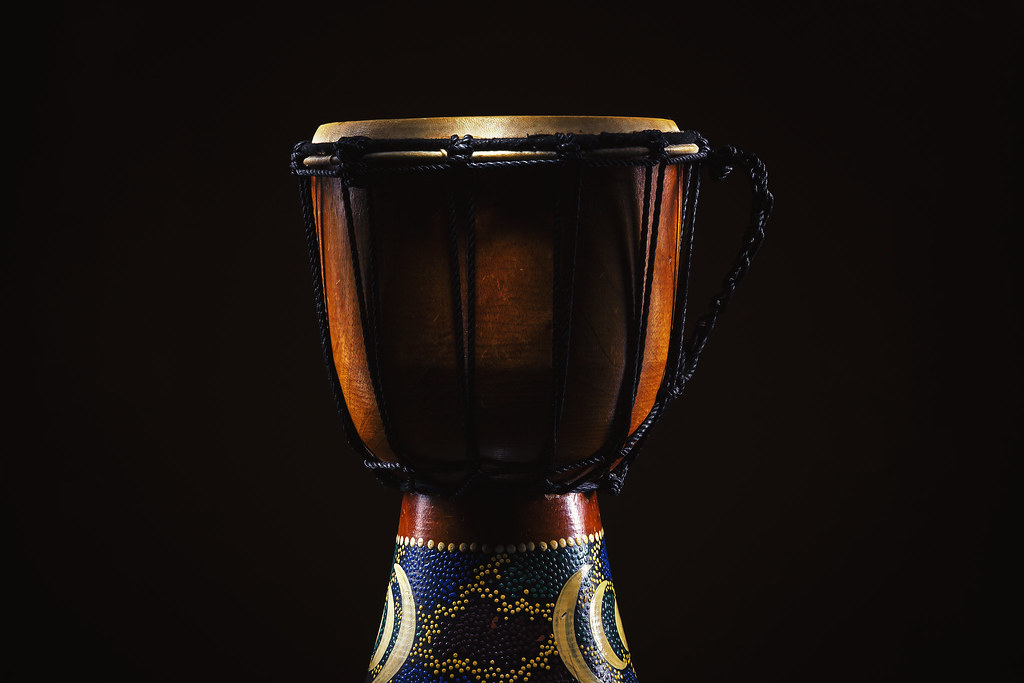 “Old Wooden Djembe” by dejankrsmanovic is licensed under CC BY 2.0

Traditional African musical sounds and songs are under threat today. More than 50 years after the end of official colonial rule, the legacy of colonialism continues to sideline many traditional musical practices as capitalism commodifies the art form as pure entertainment — rather than a cultural tool for preserving tradition and community.

Ethnomusicologists began recording, collecting, and archiving African Folk music as early as the 1920s, in an effort to preserve and document disappearing cultures. According to the Vinyl Factory:

Record labels and ethnologists started recording ethnic communities’ music in the 1920s and 1930s, at the dawn of field recording technology, when they realized they had the means to record, and not only transpose music made in the rural areas away from the studio.

Global Voices compiled some samples of these recordings in a YouTube playlist. And a piece from the Nigerian Yoruba Tribe is available below.

Huey Tracey is perhaps one of the most renowned ethnomusicologists who, together with his wife Barbara Tracey, made over 35,000 recordings of African folk music between the 1920s and the 1970s. He later founded the International Library of African Music ( ILAM) — the largest repository of African music in the world which preserves thousands of historical recordings going back to 1929. The research institution has since become devoted to the study of music in Africa.

In recent years, there has been renewed interest and efforts among African musicologists, historians, and enthusiasts to record, digitize, and archive traditional music and ancient sounds from indigenous communities on the African continent. The primary goal has been to preserve and sustain the music's extraordinary heritage which has become inaccessible. The influence of Christianity on indigenous people's perception of traditional music and accompanying practices, urbanization, the ubiquity of radio and studio-recorded music, and commodification have all contributed to the demise of African folk music.

Tabu Osusa is a Kenyan music producer, author, and the founding director of Ketebul music — a nonprofit organization dedicated to researching, documenting, developing, and promoting the diverse musical traditions of East Africa. His organization together with the Abubilla Music Foundation started the Singing project wells nine years ago  This is a collaborative project that travels to remote villages across East Africa with mobile recording studios in order to record and archive traditional sounds and music of Eastern Africa in an audiovisual format. These musical performances are then published on their website, on their SoundCloud podcast, and on YouTube.

Unlike some ethnomusicologists whose recordings are mainly for archival purposes — making it difficult for music producers or musicians to access the songs for sampling or adaptation purposes — the Singing Wells project says they are determined not to become “fossil collectors.” As noted on their website:

We work with musicians to make sure their music traditions continue to be practised, can be shared amongst the widest audiences and become a source of inspiration for new musicians.

Osusa’s immense contributions towards music as a historian, not just on the Singing Wells project but also in a project documenting the history of popular music in Kenya from 1946–2016, were recently recognized through an Order of Arts and Letters honours. In August this year, Osusa was given the award which recognizes eminent artists and writers who have significantly contributed to the creative industry.

Benson Rukantabula is a young Tanzanian who founded the Tanzania Heritage Project in 2012 with the mission to find, restore and share Tanzania’s rich musical heritage through digitization. In so doing, he hopes his contribution will go towards supporting and promoting modern-day cultural expression that will keep Tanzanian creativity and art vibrant and accessible.

While speaking to the Global Post following the launch of the project on Kickstarter, Rukantabula said;

I hope that by making this music available, the country can both preserve its heritage and inspire young Tanzanian artists through the musical storytelling of their past. The popular Bongo Flava music that blares from local nightclubs hardly reflects Tanzania’s rich musical history.

The messages are all messed up… If we digitize the archives, they can know where they lost their way.

Thanks to technology, these recorded and archived sounds are now finding a new life as modern musicians, DJs, artists, and music producers fuse ancient sounds with modern musical concepts.

And just like in the 1950s when field recordings of African music precipitated the beginning of the musical avant-garde in Europe, where producers such as Henry Cowell, incorporated tonal and rhythmic ideas into his own compositions, modern-day musicians, and music producers are borrowing from this very template.

One of our favs with @SarondeMusic Ft. Waliko – Contains samples of field recordings made in Zambia & Malawi in 1952 & footage filmed by Hugh Tracey on his recording expeditions throughout Sub Saharan Africa (1939-1964)#FutureSounds ?https://t.co/OfbeKFq9HF

Saronde, a project that fuses ancient sounds with modern musical themes was started by musician and producer duo Chris Pedley and Olly Wood when they launched their Beating Heart label in 2016. It has since become a collaboration between established music producers from Africa and around the globe to remix vintage field recordings from the International Library of African Music (ILAM).

Saronde has so far produced 10 songs which include field recordings of folk music from the Sub-Saharan Region in collaboration with various African musicians.

.@SarondeMusic have been busy working to bring Hugh Tracey's legacy into the present day. Their latest release ‘Beating Heart Origins’ samples his field recordings from Malawi, Congo & Zambia – tracks have been hyped at festivals and in Ibiza this summer. https://t.co/X0StAn1VB4 pic.twitter.com/mNmtIr5YPK

Oxhala is a musical project of the Portuguese duo Maria and Luis that blends traditional ethnic folk elements with contemporary electronic music. Now on their fifth album, the duo are greatly influenced by ancient rhythms from field recordings from Iberic, Brazilian, and African cultures

The Laibon dance a song by Ohxala that was released under the Shika Shika Presents Eco compilation album features field recordings from the Maasai in Kenya. The song became the soundtrack to the film Endangered species by Scott Shields.

Traditional African music is a gem! and it holds the foundation on which today’s music is built notes the Citizen, a Tanzanian media publication

With so much diversity in new musical sub-genres as streaming becomes the way of the future for music distribution, the vastness, rich and distinct sound of traditional music now becoming secret sauce that is giving modern music its unique texture as the production of music becomes more and more digitized.

Global Voices created a Spotify playlist to highlight some of this genre-bending music. Check it out below.