Ugandans worry the US will ignore human rights violations 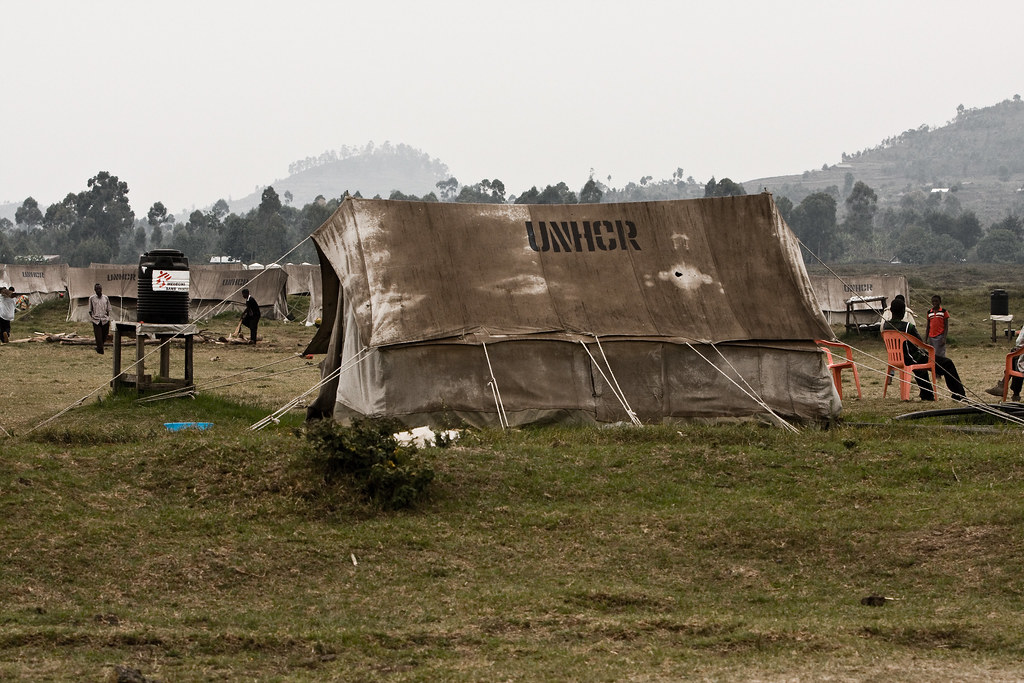 “Nyakabande Refugee Camp in Uganda” by gsz is licensed under CC BY-NC-ND 2.0

Uganda is often praised as a model of hospitability for refugees. The country is home to at least 1.5 million refugees and has a remarkable open border tradition that spans decades, despite dealing with high domestic poverty levels. But the news that Uganda might be a destination country for Afghan refugees following the US withdrawal from that country in August 2021 has raised alarms in Uganda. Some local human rights defenders are concerned that accepting Afghan refugees might excuse President Yoweri Museveni's continued authoritarian rule.

About Afghan refugees and Ugandans deployed in Afghanistan. pic.twitter.com/ay1uhULZaP

Okello Oryem, the State Minister for International Cooperation, told the Daily Monitor, a Ugandan daily news outlet, about a request by the US government that Uganda hosts the Afghan evacuees until their relocation:

They are not refugees; the US asked us on whether we could take them in temporarily as they are vetted possibly for relocation.

But before we could agree we asked them for certain information; under what terms and conditions, who are they bringing in — are they former soldiers, prisoners, translators, and for how long are they staying here? Once we are sure of that then we can agree.

The US embassy in Kampala confirmed the deal to confirmed to the Daily Monitor:

We deeply appreciate Uganda’s generous offer of assistance to host Afghanistan evacuees on a temporary basis. We have not yet made a final determination of assistance requirements in Uganda and discussions with the government of Uganda concerning the situation in Afghanistan, are ongoing,” a US embassy official noted.

The previous controversy around refugees in Uganda had been about the Uganda Government's lack of accountability in managing funds. Some government officials were suspended in 2018 after allegations of fraud and refugee number inflation.

Afghan refugees may turn the attention of international terrorist groups such as al-Qaeda, al-Shabab, and ISIS to Uganda and destabilize the country.

In July 2010, 74 people were killed and 85 injured in twin bomb attacks in Kampala orchestrated by the Somalia-based Al-Shabaab. The attack was considered retribution for Uganda's role in the African Union's peacekeeping force fighting the extremist group.

It is good for countries including Uganda to welcome Afghan refugees fleeing uncertainty and extreme circumstances in their homeland. Human dignity, human solidarity and sheer necessity should allow us open arms to refugees and hope for a change in circumstances in their countries that would enable them to return to their homeland as a life in exile is no piece of cake.

Despite the praise Uganda has received for its open-door policy, donor funding does not match it. By June 2021, the Uganda Refugee Response Plan was only 22 percent funded, leaving a considerable deficit to cover the food, health care, and education for refugee communities.

Global Voices spoke to Peter Manza, a humanitarian response worker in Kampala, via phone. He said,

The first thing is to open borders and ensure the safety of refugees. There may be funding constraints, but we cannot refuse to let them (refugees) in. The Afghans are here temporarily as arrangements are made to resettle them elsewhere. Resettlement is a complex process and can take months. It is also cheaper to keep the refugees in Uganda than in other countries.

In January 2021, Ugandan saw one of the bloodiest elections in its history. The government shut down the internet during election week. In the weeks leading to the elections, journalists were assaulted by Ugandan security personnel, human rights NGOs had their bank accounts frozen. At least 19 were killed in response to opposition protests in Kampala, and scores of opposition supporters disappeared and still remain missing.

The US government imposed a raft of sanctions against Uganda officials, citing human rights violations and undermining democracy.  The US government's inconsistent policies in Uganda, including imposing sanctions while propping up the Kampala regime and now placing Afghan refugees under the care of the 35-year-old Kampala regime, raises questions about its commitment to human rights.

Lornah Afoyomungu, a Ugandan lawyer, explained the implications of the deal to host the Afghan evacuees in Uganda in a WhatsApp interview with Global Voices:

The driving force behind Uganda's foreign policy has been less about alleviating the suffering of civilians in conflict areas but more about capital/ and capitalism.  Thus, being a host to some of the highest numbers of refugees globally and regionally is not as noble as we'd like it to be. The (NRM) regime has used the plight of these vulnerable people to enrich themselves while continuously dehumanizing refugees and denying them basic rights.

With this in mind, and Uganda's less than ideal human rights record, no (“democratic”) country should actively want to alleviate the suffering of civilians by bringing them into Uganda. That is where US imperialism comes in. In addition to playing a significant role in the creation of the Taliban in Afghanistan, should the “liberation” of its people then be left in the hands of the US president working in cohorts with a known dictator?