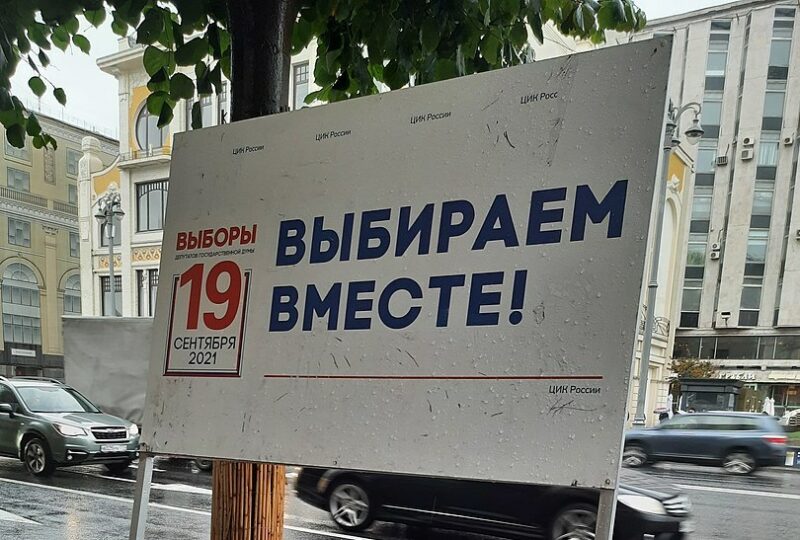 This article by Natalia Shkurenok appeared on Open Democracy on September 22, 2021. It is republished as part of a content-sharing partnership and has been edited to fit the GV style.

The September 17-19 elections to the Russian parliament and to St Petersburg’s city assembly were, once again, notable for multiple election violations: voters were bussed into certain polling stations, and both election commission members and observers complained of people being removed from polling stations. It seems the city’s reputation for election falsification, gained most recently at the 2019 municipal elections, is still alive and well. The head of Russia’s central election commission has since promised to “punish” those responsible for violations in Russia’s ‘second capital’.

The election campaign itself in St Petersburg, Russia's second-largest city, also drew concern. For example, opposition politician Boris Vishnevsky faced off against two other ‘doppelganger’ candidates with the same names in his constituency – only a few months earlier, Vishnevsky’s opponents had completely different names. In June, Maxim Reznik, an opposition city councillor, withdrew from the city race after police detained him on drug charges.

In the end, United Russia, the country’s ruling party, appears to have received a majority in 19 districts, while the Communist Party and For A Just Russia, a ‘system’ opposition party, received two districts each.

The city’s election commission is now examining appeals for recounts by several opposition candidates, who have reported violations. openDemocracy spoke to several election observers and members of election commissions in St Petersburg to find out what happened. 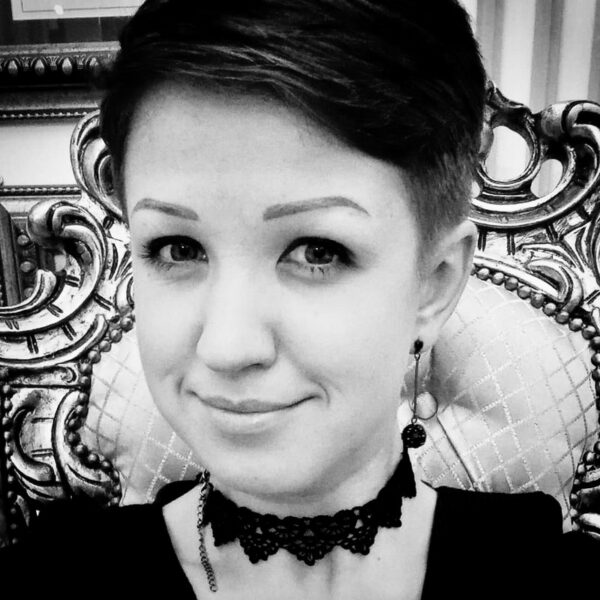 I have been an election observer since the 2018 presidential vote. At first I was an observer, then I became a member of my neighbourhood election commission, now I’m a member of the district commission with a decisive vote. This year we had experienced observers at almost all polling stations, we prepared them in advance in the summer. Instead of the usual 30 people, we trained almost 200 and thus got a more complete and detailed picture.

Our district distinguished itself from the very first minute of the election. On Friday, for example, polling stations No. 1991 and No. 1992 were closed simultaneously due to an anonymous bomb threat. The police removed all observers, and we couldn’t see what was happening inside the building. All the surveillance cameras were turned off. The city’s human rights ombudsman had to intervene; employees of the Ministry of Emergency Situations, firefighters, and the police came – they removed us all from the building and removed some of the documentation from both polling stations. Then they annulled the voting results in these polling stations.

Other polling stations were accessed overnight. At polling station No. 1995, we sent a report about someone entering the polling station to the police. Then, on the next night, a kitchen worker entered on her own initiative – as she later admitted, she forgot that she was not allowed. We do not know what was happening there at that time, because access to video recordings is now extremely difficult.

Of course, all elections are held with violations, but these were held with record numbers of violations! Our investigation of gross errors and violations went ahead though, we even appealed to the Central Election Commission with a demand to appeal the voting results. We have already agreed with all the candidates (except, of course, the winners) that we will dispute the results and, at least, demand a recount. We have already written an appeal to the prosecutor’s office demanding to annul the results of voting at several polling stations and to hold repeated elections. We have also collected a record number of complaints, including a large number of incidents of ballot stuffing.

The prosecutor’s office has already started investigating our district. Vitaly Milonov [a Russian MP known for scandalous, often homophobic public statements] even came to the precinct where I vote – he ran for the State Duma in our district. As it turns out, the largest number of complaints about violations came from the polling stations he visited. We are already writing complaints and demanding inspections.

(openDemocracy was unable to contact Vitaly Milonov for comment, but Dmitry Pavlov, a candidate in Petersburg close to Milonov, said earlier this week that election observers had interfered with the work of the election commissions and that, in Pushkin specifically, the elections had been fair).

On September 21, for example, at polling station No. 1995, which Milonov also visited, an inspection was carried out – law enforcement took fingerprints from the polling station safe, and the deputy chairman of the commission was taken for questioning. And we see this across [the southern St Petersburg town of] Pushkin.

Milonov arrived accompanied by a group of sporty-looking men. We have screenshots of messages between his supporters [released via a journalist for local media Fontanka who went undercover in the group] that discuss tactics – how to provoke and forcibly withdraw independent observers from polling stations. Milonov personally visited some polling stations and supervised the proceedings. We were forbidden to film, we managed to record only 38 seconds of footage, which shows how Vitaly Milonov aggressively snatches the camera from the hands of a rival candidate. On September 19, the police refused to accept our complaint against Milonov, but we will still try to get it accepted.

In my opinion, everything depends on how many independent observers are at the polling stations. If at least a few of them closely follow the course of voting and the members of the election commission, then, as a rule, few violations are found. If the polling stations are located in remote areas where there are no observers, there are always violations. We reported the restriction of the rights of observers and members of commissions – for example, we were illegally prohibited from filming. In our opinion, the opinion of independent observers, it is necessary to annul the results for all disputed polling stations in our district, of which there are more than a dozen out of 74.

That said, there were some very quiet polling stations – for example, I was present at the counting of votes at polling station No. 1959, I myself voted there and stayed to observe. And everything went very calmly, without violations.

Voting member of Kronstadt election commission No. 15; election observer since 1998 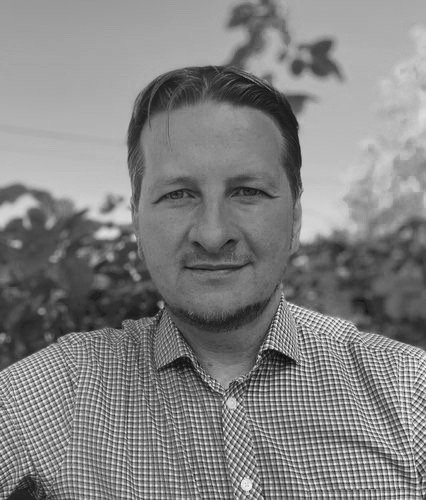 In Kronstadt (a port city within one of St Petersburg federal city districts), the elections were calm this year, but our town is specific. A significant number of voters here are in the military, mainly sailors. They come to the polling stations in units or they are brought in groups by buses – which, of course, is a violation, but no one pays attention to this here.

On the morning of Friday September 17, military personnel started queuing up at the polling stations in Kronstadt. By Friday afternoon, at some polling stations the turnout was almost 50% of all eligible voters. In Kronstadt, more than 90% of precincts have electronic counting systems, so, in principle, fraud and falsification are practically impossible.

But we also have polling stations that are completely unmonitored: these are the navy warships that go out to sea. This year from Kronstadt there were four ships that voted this way. Each ship is a separate polling station, of course, and they showed 100% turnout. At one of them, candidates from United Russia received 100%, and the rest the Communist Party and For a Just Russia got a few percent, which looks more like a statistical error. There are no observers there at all, the commission consists of the captain and his deputies. Judging by the results, they got the result that the authorities expected from them.

There were, of course, many errors, but they were mainly caused by the fact that electoral commissions have to submit a huge number of reports through a complex and confusing procedure. But, according to my observations, all these errors are procedural, the commissions tried to correct them as soon as possible. And these mistakes did not affect people’s votes! And they did not affect the result in any way – in Kronstadt, United Russia has a significant lead, and in particular on the navy ships. 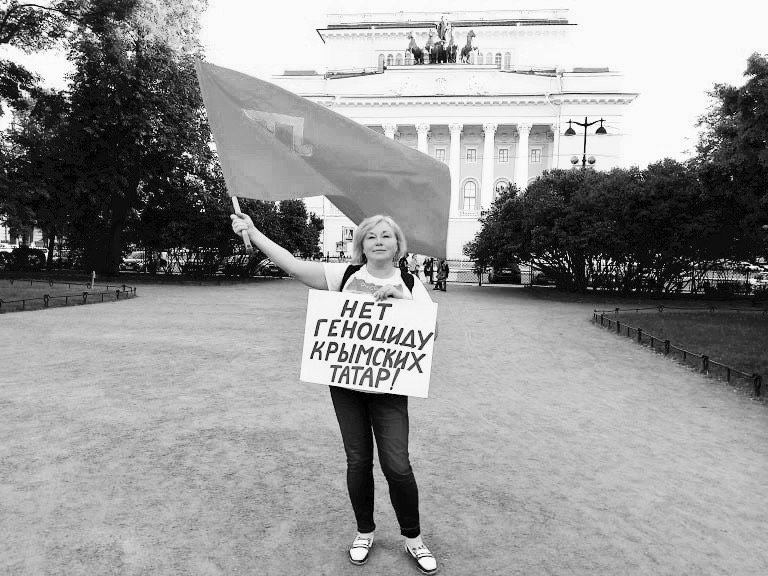 It seems to me that the situation with the elections gets worse with every new election – these aren’t the first elections I’ve observed. In 2018, there were big violations in the presidential elections, and in these elections the level of violations has been about the same. The only thing is that, in my opinion, the authorities have learned since then how to come up with new schemes of deception and how to cover up the traces of violations.

This time, the electoral commission where I worked consisted of quite normal people – they weren’t motivated to commit violations. They responded to my comments adequately and sometimes even thanked me. These other election personnel themselves did not know many details of the law on election observers. In general, it was very difficult for me to simultaneously observe and fulfil the duties of a member of the commission, especially since the turnout at our precinct was very high.

People came in waves, especially on September 17 and 18. And I was the only observer at this polling station from the district commission. Therefore, despite the fact that the other members of the commission were loyal towards me, I cannot be sure that they did not commit any illegal actions behind my back – for example, when I was leaving to organise voting at home for older people or when I left for lunch. When I returned after the home voting, the atmosphere at the polling station had clearly changed – members of the commission started finding faults with me, making some senseless claims against me, and tried to provoke me. Fortunately, I managed to extinguish the conflict, and everything worked out.

I needed support, at least one more normal observer. Other observers were there, but we could not rely on all of them – they were hired by other parties, mainly United Russia and For A Just Russia. These were mainly young people who did not know the election legislation. When I asked them to follow the commission while I went to lunch, they said they had been instructed to help the members of the commission. That is, they simply do not understand why observers are needed! But they constantly took selfies and reported to their bosses. Members of the commission themselves believed that observers were supposed to help the commission, and they were sincerely amazed when I pulled them away – why are observers needed at all in this case?

At our polling station, United Russia led the elections to the State Duma, and the communists led in the city assembly. But I wouldn’t make the conclusion that these elections have been a pure falsification. When you talk with older voters, they are almost all for United Russia.