Life during the pandemic: An interview with former refugee, exiled cartoonist Eaten Fish 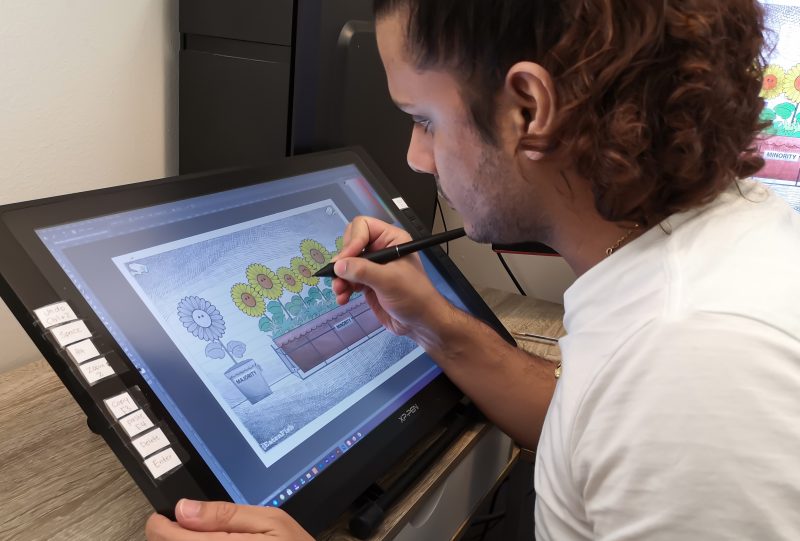 Ali Dorani working on a cartoon about the majority and minority. Photo used with permission

Iranian cartoonist Ali Dorani, whose pen name is Eaten Fish, was one of the nine cartoonists awarded a work grant by the Norway-based Fritt Ord Foundation in recognition of his work in using satire as a visual expression and medium of criticism in society.

Ali Dorani sought asylum in Australia in 2013 but he was transferred to Manus Island, an offshore detention camp in Papua New Guinea, where he was forced to stay as a refugee for four years before he was allowed to relocate to Norway in December 2017 through the sponsorship of the International Cities of Refuge Network.

His cartoon depicting the struggle of refugees in Manus was widely published. In 2016, the Cartoonists Rights Network International granted him the Courage in Editorial Cartooning Award for his work. 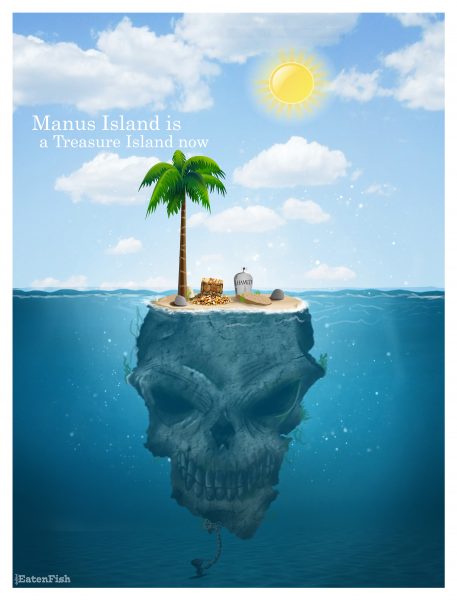 Manus Island, a cartoon by Eaten Fish. Used with permission

In 2018, Global Voices interviewed Ali Dorani about his difficult transition from being a refugee in Manus to his new life in Norway. We caught back up with him to learn about his latest artwork that landed him the grant, his experience during the coronavirus pandemic, and his work the past three years.

I have had many galleries in different cities in Norway and also in other countries such as Germany and Sweden. I've had a huge audience by now. I think over 15,000 people and students have visited my galleries, talks and conversations.

It's unbelievable for people hearing about persecution of human beings inside Australia's borders. Most people know Australia has one of the most free countries in the world and they don't know about immigration centers in Australia and they don't know what the Australian government is doing to hundreds of children by keeping them behind the fences in prisons.

He wrote about how the pandemic has disrupted his life as an exiled artist and former refugee who relies on public events to share his story and artworks:

Then, I had to look for a permanent job, (but) because of the pandemic, finding a new job was almost impossible for me.

He was recently informed about a competition organized by The Fritt Ord foundation regarding the theme of majority and minority. He remembered having a hard time understanding the topic:

It is absolutely so difficult really talking about minorities and majorities because for example I don't really know in what context I should translate these two words. Do minorities or majorities exist or do they mean opposite of each other? Do we actually understand these two words? Or do we totally understand what exactly a minority or majority is? It was my first time coming up with such a thing.

He only had two days to work on his submission. He explained how he came up with the symbol of sunflower to represent the human race.

I came up with drawing a sunflower because a sunflower is a flower that has hundreds of seeds inside itself which represents the Society in my cartoon. I drew 7 sunflowers in a cage which represent the different continents and I called them the minority…

The award inspired him to pursue his unfinished projects:

After this prize I got so motivated to finish my books and publish them.

I have been writing a book about my life and the history I have from the refugee detention centres in Australia and Immigration prison camps in Papua New Guinea and also I'm doing another comic book about my life in Norway and now I'm so motivated to finish these two books.

He has one major piece of advice to fellow artists who are struggling to survive the pandemic: