China in Ethiopia: Between a savior and an exploiter? 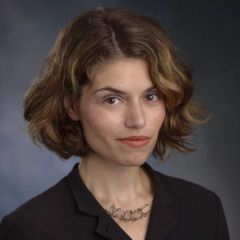 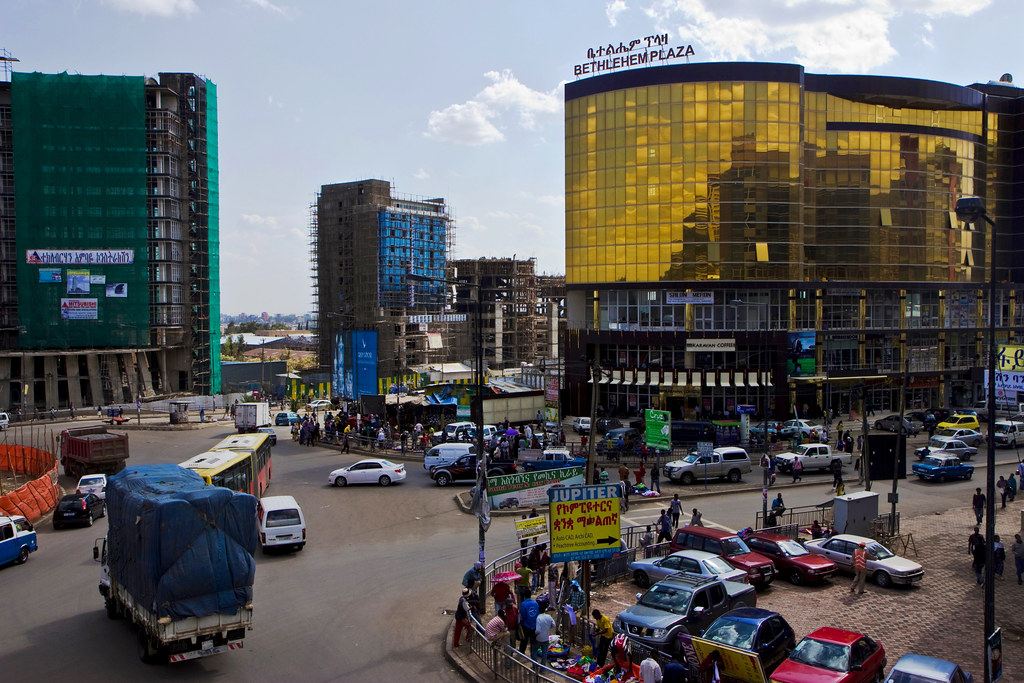 As Ethiopia's capital Addis Ababa grows, so are construction and infrastructure projects. Image Source; Simon Davis/DFID licensed under CC BY 2.0

The official Chinese narrative about Sino-Ethiopian relations presents China as an empowering partner, helping Ethiopia accomplish multifaceted development targets. The Chinese Embassy in Ethiopia's social media team regularly promotes messages about the Chinese government providing vaccines to Ethiopia, launches of new Sino-Ethiopian infrastructure projects, and China-led capacity-building programs. But this praise is not shared by everyone in Ethiopia and public opinion can be much more critical of China’s presence in Ethiopia, including Beijing's Belt and Road Initiative (BRI).

Popular narratives about China’s partnership with Ethiopia, however, complicate and challenge the official ones. Although Ethiopian media enjoys relative independence from the state, critical coverage of China remains rare in mainstream media, and the most dynamic space for China discussions remains the internet.

A more nuanced public opinion: China as an antidote to US influence

Whereas some online commentaries celebrate China’s help and contributions to Ethiopia, other discussions on Chinese projects tend to emphasize their exploitative features: Chinese enterprises are described as discriminatory when it comes to hiring Ethiopian labor; as extractive of Ethiopia’s natural resources, and as binding Ethiopia into long-term financial dependency. Chinese actors are not solely blamed for this unfair partnership. Some commentaries also implicate Ethiopian politicians.

The positive depictions of China on Ethiopia’s social media platforms either frame China as an optimal choice of partner as opposed the United States or compliment specific projects that China has implemented in Ethiopia.

As for the former, one Facebook post reacts to the US critique of Abiy’s government when it comes to the handling of the Tigray conflict, and argues that Ethiopia should now decouple from the United States and work primarily with China that helped save Ethiopia’s economy and shift the overriding mentality away from dependency on Western donations. “We don’t need America’s wheat and dollars,” it says.

Another Facebook post praises China’s introduction of solar power technology to Ethiopia. It talks about the challenge of living with power shortages and asks:

What would be our fate if China didn’t introduce solar power to us?

Ethiopia does suffer from severe electricity cuts, with only 30 percent of the country having access to electricity, according to some reports. Chinese companies have recently become more actively involved in the solar sector in Ethiopia. In 2020, four off-grid PV (photovoltaic wire) power stations were completed by a Chinese company.

At the same time, grievances about Chinese projects dominate social media narratives. One of the concerns expressed is that Chinese companies bring their own labor and even their own materials. The depiction of the influx of Chinese workers is linked to the perception of China and Chinese firms as self-interested. An editorial in a major Ethiopian newspaper, the “Ethiopian Reporter” notes that the influx of Chinese labor does not help with the unemployment situation in Ethiopia and that even if Ethiopian workers do get jobs at Chinese companies, they tend to be low-pay, while Ethiopians aren’t treated well by their Chinese managers.

Another posting specifically concerning the construction of the Adama Industrial Park notes that a report from the Ethiopian Investment Commission found that Chinese workers engaged in construction work illegally (by law they are not supposed to work in sectors where Ethiopians are unable to get employment). Some online commentaries even go as far as to incite violence against Chinese workers.

China's extraction of Ethiopia’s natural resources is another source of anxiety. This post is concerned about the alleged illegal exports of opal stones to China (as well as India). The commentator, however, primarily blames the TPLF (Tigray People’s Liberation Front) for using the Chinese industrial zone in Duken as coverage for illegal export, and for underpaying the local labor involved in opal mining. In this post, the Tigray officials are presented as colluding with Chinese companies to the detriment of the Ethiopian people.

Finally, indebtedness to China is a topic of grave concern. China is presented as disproportionately benefitting from the infrastructure projects in Ethiopia and across the BRI, and Ethiopia is burdened with insurmountable debt. A popular report from Ethiopia Wiki-Leaks states:

The infrastructure to be built under the BRI project is to boost China's foreign trade and not to facilitate the country's economic activities. As a result, countries’ interest rates are rising and they would be burdened by loans.

Some discussions also critically unpack China’s promises of loan forgiveness. This post analyzes the promised cancellation of debt following Abiy Ahmed’s visit to Beijing in 2018 and argues that China only canceled interest on a few development projects, with the total amounting to US dollars 25 million — a meager number in the context of Ethiopia’s nearly 14 billion US dollar debt to China.

As with the discussion of natural resource extraction, the critiques of indebtedness to China also implicate Ethiopian officials. In the post introduced above, the author concludes by urging the Ethiopian government to stop spreading misinformation about loan forgiveness, suggesting that it is complicit in misrepresenting the intentions of the Chinese government.

Social media posts also condemn the alleged corruption in assigning projects to Chinese companies in the first place. A discussion of a road construction bid in Bahir Dar, in the Amhara region in Northern Ethiopia suggests that the project was given to a Chinese company without a bid. The proposed explanation behind this favorable treatment of the Chinese company is that city officials are likely given a commission and that Chinese construction companies can finance their projects through Chinese loans. Some commentators refer to TPLF officials as especially corrupt when it comes to making unfair deals with Chinese companies.

Other online discussions about debt to China touch on the threat that China poses to Ethiopian sovereignty. A recent post on the Wazema Radio site, an online media platform launched by two Ethiopian journalists based in the United States directly invokes the possibility of invasion. Here the construction of the Chinese military base in Djibouti is used as evidence of China’s potential military objectives for entire Africa, not only for neighboring Ethiopia.

Some posts also mockingly associate the large-scale presence of the Chinese community in Ethiopia with political leverage. “They would ask for seats in the Ethiopian Parliament,” suggests one of these posts. Others fear that certain infrastructure projects built by China, if not repaid, will eventually be taken over by the Chinese. One post, for instance, notes that the Zambian International Airport has already been taken over by China due to a loan non-repayment and that the Ethiopian railway is likely to face a similar fate.

Most social media do not reflect the economic reality

These popular portrayals of China as deliberately creating dependencies and even as scheming a potential take-over of Ethiopia are not backed by existing research. A recent study by scholars at the School of Oriental and Asian Studies in London that draws on four years of fieldwork in Ethiopia and Angola, for instance, finds that Chinese companies in fact do widely employ local labor. In the case of Ethiopia, 90 percent of employees in companies surveyed were local. Moreover, the study finds that many Chinese companies, especially in manufacturing, carried out extensive skill training in Ethiopia.

When it comes to Chinese debt, Chinese lenders have offered faster and more substantive debt relief to African countries than Western lenders, especially during the pandemic. Even prior to the pandemic (between 2010 and 2019) 16 cases of Chinese debt restructuring worth 7.8 billion US dollars have been documented for 10 African countries. In Ethiopia, far from taking over major infrastructure, such as the Djibouti Railway, the Chinese government has also restructured some of the debt. The repayment for the Djibouti railway, for instance, has been extended by 20 years in 2018. Another post suggests that the Addis Ababa light rail system (an overground metro built by China) is another target of future take-over.

The scientific findings of the localization efforts of Chinese companies and the relatively flexible debt arrangements of Chinese lenders, however, thus far, don’t appear to trickle into popular perceptions of China on the ground. China and its capital are still seen as driven to primarily benefit China, leaving Ethiopians with new infrastructure but few new jobs and dangerous vulnerabilities of long-term financial obligations that the government might not be able to fulfill.