The Nigerian government rarely takes action against these allegations. 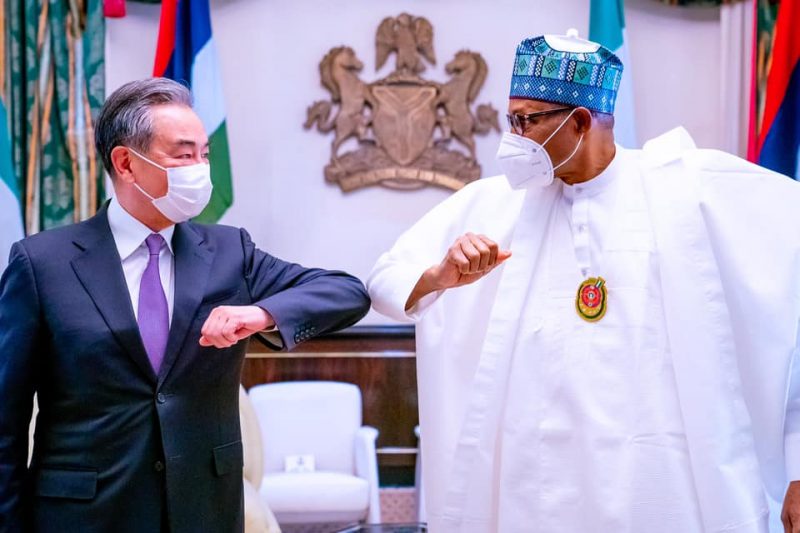 Nigeria is a key destination for numerous Chinese manufacturing firms, with clusters located in the southwestern cities of Lagos, Ogun, and Benin City, in the oil-rich Niger-Delta region.

However, these Chinese companies too often mistreat, exploit, and abuse their Nigerian staff, who have been subjected to what the Nigerian lawmaker Ndudi Elumelu described as  “slavish conditions.” Over the years, allegations of racism, physical abuses, sexual violation, injuries and even death of local workers due to the negligence or explicit approval of Chinese bosses have made front page news. There have been few repercussions for these alleged acts.

The Global Voices Civic Media Observatory research on China’s Belt and Road Initiative identified two major categories of infractions by Chinese companies in Nigeria: industrial accidents caused by lack of safety standards, and forced labour. These stories and allegations, shared in Nigerian newspapers and on social media by reporters, witnesses, and others, together build a narrative that paints Chinese factory owners and businesspeople in Nigeria as abusive and indifferent to the health and rights of their employees. While not every allegation has been proven, together they degrade the image of China in Nigeria as a fair employer and benevolent partner.

The silence of Nigeria’s federal government in response to these alleged infractions by Chinese business owners of the country’s labour laws and international labour covenants points to the asymmetrical relationship between the two countries.

Onyinye was burnt to death

Onyinye in an ambulance after the fire incident (graphic content, viewer discretion advised).

#justiceforonyi#justiceforonyiand4others
The media is our voice since we don't have who will fight for us we are using the media to call on our government to come to our aid we can't be losing our colleague's (AFLAN)to the hands of careless Chinese pic.twitter.com/85xDbsKOoD

Onyinye [Onyi] Onwuegbusi, a translator with Wihu Limited, a Chinese factory located located along the Lagos-Ibadan expressway in Isheri, Ogun State was burnt to death on July 9, 2021, due to alleged negligence by her Chinese employees. The fire also claimed the lives of three other Nigerian staff.

Chinese companies in Nigeria care less of their staff, treat workers like animals and don't take safety precautions in the field of work. Their carelessness led to death of 4 innocent Nigerian citizens who worked to make a living.#justiceforonyi#chinesecompaniesaredeathtraps

Sola Akinsehinwa, a board member of the Association of Foreign Language Translators of Nigeria (AFLAN) who spoke to Global Voices via WhatsApp and email, asserts that “the ladies sensed the smell of gas” discovered that the Chinese company had installed a gas pipe that passed through the kitchen of the dormitory where the victims were cooking. A fly catcher spark caused the explosion.

Large gas cylinder in the Chinese Wihi company in Lagos. Image provided by Sola Akinsehinwa and used with his permission

The Wihu Factory had neither fire extinguishers nor an ambulance, according to one Twitter user. Due to an ongoing strike by Nigerian doctors, the victims did not receive prompt medical attention, which eventually led to the death of Onyi and three others.

The delegates of the AFLAN, of which Onyi was a member, were threatened and denied access to the management of the Chinese factory. “It was after the incident that they [Wihu Limited] went to buy fire extinguishers, as said by the workers that bought them. They did this, trying to cover up their tracks,” Akinsehinwa told Global Voices.

Global Voices reached out to Markus, a manager in Wihu who did not provide his last name by telephone on September 10, 2021 to get the company's side of the story. The manager agreed to respond to questions via WhatsApp but had not done so by the publication date.

In a similar case, in February 2018, the government of Lagos State, Nigeria’s economic capital, held the management of a Chinese firm, Hongxing Steel Company Limited responsible for an accident that deformed Chris Abiodiun, a contract worker. Abiodun sustained burns in the face and most parts of his upper limbs when molten metal erupted on him on October 1, 2017. The company had refused to adequately compensate him for injuries he sustained during the incident.

The outspoken reactions from the Lagos State government, the House of Representatives, Nigeria’s lower house and the Ogun State parliament to Chinese firms’ labour infractions, is a clear contrast to the federal government’s silence. This may be due to the independence of these tiers and levels of government from direct involvement in the execution of Nigeria’s diplomacy and foreign policy objectives with China, which is the exclusive preserve of the federal government.

In March 2020, at the peak of the COVID-19 pandemic, PslamB, a Twitter user, claimed in a series of tweets that Hufua Plastics Industry Company Limited had blatantly flaunted the COVID-19 lockdown directives of the Nigerian government. Hufua Plastic, forcibly held over three hundred Nigerian employees within their factory in Ibafo, Ogun State, the Twitter user wrote.

They weren’t satisfied, now they are forcing workers to work(either you come to work or get sacked) saying government hasn’t contacted them personally cause they are private organization, these people ain’t even concern about the fact the whole issue originated from them…

The company allegedly threatened to sack staff who resisted the forced labour, and required them to live at the factory in order to keep working. The company also failed to adhere to COVID-19 protocols in the facility, to the detriment of the health of their Nigerian staff.

Similarly inhumane treatments were experienced by Nigerian staff of Chinese-owned Goodwill Ceramics, Ogun Guangdong Free Trade Zone Igbesa, in southwestern Nigeria in April 2020. The workers, who were “held inside the company for 14 days of the lockdown without proper feeding,” were asked to leave without adequate compensation, according to SaharaReporters, an online newspaper.

In July 2020, the Nigerian police arrested a Chinese couple in Abuja, Nigeria’s capital for allegedly locking up their eight Nigerian domestic employees in their apartment for four months during the COVID-19 lockdown. The Chinese couple were arrested following a tip-off from a resident who alerted the police, Nigerian newspaper The Punch reported. But they have not yet been convicted of a crime, which is common in these cases.

A month after, in August 2020, Inner Galaxy Steel Co, Abia State, southeastern Nigeria was described as “a Chinese modern day slave camp, right inside Nigeria,” in a series of tweets by a person who claimed to witness the conditions, using the Twitter name @Truthfully83.  The witness also alleged racism and sexual assault of Nigerian staff by Chinese managers: “Every Nigerian in that company is mandated to call their Chinese employers MASTER or MISTRESS” and that “male Nigerian workers are physically assaulted, while their female counterparts are sexually assaulted. … Chinese MASTERS will boast of killing you and getting away with it.”

Nothing came out of this case. @truthfully83 claimed that either a “soft landing” was negotiated for the company “in exchange for bribes” or “others are simply following instructions from some quarters to avoid a backlash from the Chinese government.” Solicitors of the Inner Galaxy company dismissed the allegations as “false, unsubstantiated, damaging and incredulous” attacks on the company.

The Nigerian Labour Act and the Employee’s Compensation Act, 2010 protects wages, guarantees adequate compensation, and criminalizes forced labour and discrimination of any kind, with specific punishments when infractions are established by a court ruling.

The inability to apply the laws to errant Chinese migrants doing business in Nigeria “brings into focus the poor and non-implemented labour laws that exist in many African countries,” writes Socrates Mbamalu, a Nigerian journalist. Consequently, “the ultimate responsibility for protecting the rights of workers falls on the Federal Government and state authorities to enforce labour codes,” Eric Olander, managing editor of The China Africa Project told The African Report.

Labour law infractions by Chinese firms in the country are likely to continue because, among other reasons, bribery by the Chinese of Nigerian law enforcement officials is commonplace. In addition, the Nigerian government seems to prefer to remain silent, despite the media spotlight on these issues, in order not to compromise Chinese interests in the country.

“China is a major financier of large projects in Nigeria. An estimate puts the current cost of Chinese projects at $47 billion. Many of these are financed by Chinese loans. It will be difficult for a country that relies so much on China to take action against Beijing,” argues Abdul-Gafar Tobi Oshodi, a political scientist in Nigeria’s University of Lagos. This is why Wang Yi, Chinese foreign minister’s admonition to Chinese firms to abide by Nigerian labour laws has had little impact.

Oreva Olakpe, a research fellow at Ryerson University’s Canada Excellence Research Chair (CERC) in Migration and Integration, asserts that “China’s diplomacy hypes ideals of mutualism, equality and respect…  Nigeria’s high dependence on China means that Nigeria will remain limited in how much initiative it can take in Sino-Nigerian relations.” The abuses by Chinese companies in Nigeria will persist until the power dynamics between both countries become mutual in reality.