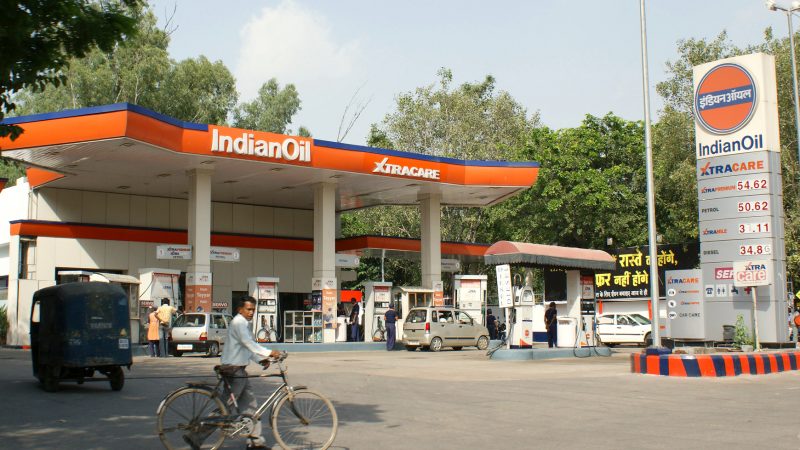 Dramatic petrol and diesel price rises have left the Indians uneasy these past few months. Even though the prices had not risen for 11 consecutive days as of September 16, it hardly brought any solace. In Delhi, petrol was priced at 101.19 INR (1.37 USD) per litre, while diesel was 88.62 INR (1.2 USD) per litre on September 18. Mumbai, with the highest rates of fuel among the four metros, recorded petrol prices at 107.26 INR (1.46 USD) and diesel at 96.19 INR (1.31 USD) per litre, as reported by the state-run oil refinery, Indian Oil. From 1990 until the recent spike in 2021, gasoline prices in India averaged 1.04 USD per litre.

What makes the prices fluctuate?

Over 80% of crude oil supply to India is sourced by imports from other countries. The major factors that influence fuel prices in India are the cost of crude oil, the cost of freight for import, excise duty and Value Added Tax charged by the government, the rupee vs dollar rates (oil imported is traded in dollars), the cost of processing, and the growing demand for gasoline.

While the government accepts that the fuel price hike has inconvenienced the people, it maintains that the COVID-19 pandemic has severely impacted public finance and the government is saving funds for public welfare schemes. Indian news channel ANI tweeted a video post of the Union Petroleum Minister Dharmendra Pradhan responding to queries from reporters.

#WATCH | I accept that current fuel prices are problematic for people but be it central/state govt, over Rs 35,000 crores have been being spent on vaccines in a year… In such dire times, we're saving money to spend on welfare schemes: Union Petroleum Minister Dharmendra Pradhan pic.twitter.com/ugObtQYiB6

Fuel prices were volatile during the regime of the previous government too. Between 2004 and 2014, during the United Progressive Alliance (UPA) term, crude oil prices surged in the global markets from 34.16 USD per barrel to 110 USD per barrel, which triggered a steep increase in fuel prices. The UPA increased the price of petrol from 36 INR to 63 INR, and diesel from 23 INR to 38 INR. In the current regime, taxes are being cited as the major reason behind the price hike.

Experts have pointed out that, apart from global trends of fuel price rises, the repeated increase in excise duty and other taxes by the government has resulted in the continued upward curve of gasoline prices. Taxes on diesel and petrol have surged six times since 2013, adding to the retail price and burdening the end-users.

When we consider the demand side, India’s gasoline quagmire is not new, albeit certainly a product of the industrial era. As expected in an expanding, rapidly urbanising economy, India’s demand for gasoline has been growing exponentially for quite a few decades now. The Petroleum Planning and Analysis Cell under the ministry of oil and natural gas has predicted a 12.2 percent rise in the demand for petroleum in the current financial year (2021–22). Moody's, a credit rating agency, predicts a rise of 14 percent over the same period. Either way, consumption is bound to rise, which it may force increased imports of crude oil.

While, on one hand, the rising demand for gasoline is being seen as a sign of a reviving economy and makes India an attractive market for global players, on the the hand, it is having a severe impact on people's finances. Several Twitter users and political players across the country have expressed their concern over the rising prices, with some organising protests.

The opposition party, Indian National Congress, held a 10-day-long nationwide protest and a signature campaign in June 2021 demanding a reduction in fuel prices.

The leader of opposition in the state of Karnataka tweeted:

We are not concerned about the price of Petrol & Diesel in other States. We want it to be reduced in our State to help the people of our State.

I urge @BJP4Karnataka govt to reduce the taxes on Petrol & Diesel in our State.#PetrolDieselPriceHike pic.twitter.com/gEqlvvMC1t

How does all of it add up to inflation?

A hike in fuel prices is traditionally known to have a ripple effect across already stressed sections of the economy and add to the Wholesale Price Inflation (WPI). The rise in petrol prices has an impact on the transportation costs of various products, which is passed on the consumer.

If the trend continues and retail and food prices go up, the general populace will be severely affected. The COVID-19 pandemic has already been detrimental to the economic status of several families, and job losses in both the organised and unorganised sectors have limited people's purchasing power.

Will petrol be brought under GST?

In the wake of rising prices, tax experts and the Goods and Services Tax (GST) Council of India have been mulling over whether petrol can be brought under the purview of GST. Including petrol and diesel under GST will mean that a uniform tax is laid on the base price of these commodities across all states instead of separate taxes being levied by the centre and states.

According to a recent survey conducted by community social media platform LocalCircles, 77 percent of citizens want petrol and diesel to be included under GST.

It is just a pipe dream. Inclusion of petroleum products in GST won't reduce the prices. If states and the Union Government are collecting taxes and that too a big amount then why would they reduce it? https://t.co/guKLfi3RYe

However, during the 45th GST Council Meeting held at Lucknow on September 17, 2021, Finance Minister Nirmala Sitharaman said that petrol and diesel would not be included under GST at present.

Anything which can benefit people is not accepted. Bringing petrol and diesel to #GST has been rejected by @GST_Council. Everybody concern about their revenue not the people of India

Some experts suggest that India should encourage alternatives like ethanol-blended petrol and electric vehicles to deal with the soaring fuel prices.