Dissenting artist Ai Weiwei on Hong Kong: art would not be art if it cannot be done in the face of tyranny

Amid tyranny and authoritarianism in Hong Kong, artists persist 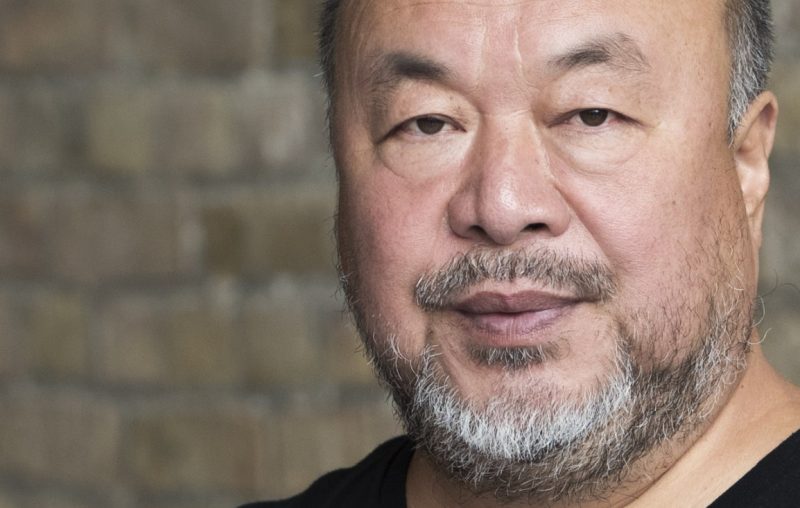 The following post was written by Rhoda Kwan and published in the Hong Kong Free Press on September 20, 2021. It is republished on Global Voices under a content partnership agreement.

After years of delay, Hong Kong is set to open its M+ museum, on November 12. The project — touted as Asia’s first global museum of contemporary visual culture — is part of the government’s campaign to become a global arts and culture hub.

But fears of increasing censorship under the 2020 national security law have cast a shadow over the launch. Already, pro-Beijing voices have called for controls on any artwork that may endanger national security and artists have left the city, citing the need for greater freedom.

The museum’s online collection currently features 28 of Ai’s works, donated by Swiss collector Uli Sigg. One photograph from his ‘Study of Perspective’ series, which shows the artist’s middle finger pointed at Beijing’s Tiananmen Square, is currently under ‘government review’. 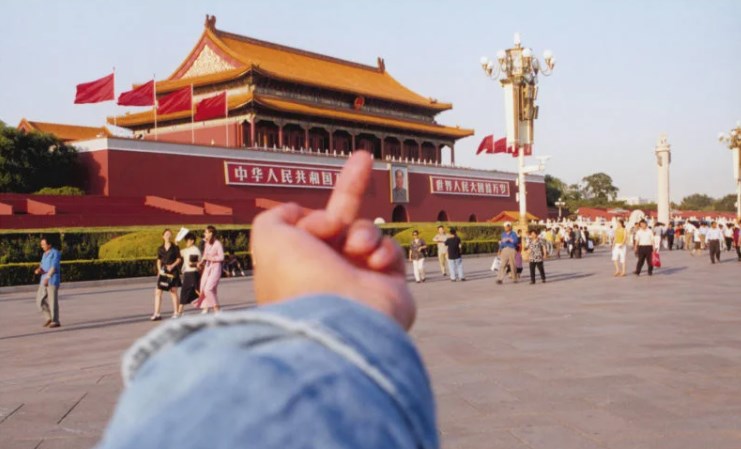 The artist is not surprised by the Museum's arrangement. He told HKFP in an email interview:

Censorship of artworks is nothing new… It is more common under an authoritarian regime…[but] it is important to remember that political censorship does not happen under authoritarian regimes exclusively. It is not only in China and Hong Kong that my works encounter restrictions, but also in mainstream film festivals or exhibitions in the West.

Jitters among Hong Kong’s artistic community about the security law, which critics say has stifled political dissent, have prompted at least one high-profile artist to leave the city. Almost one-third of the directly-elected committee members of the government-funded Arts Development Council have resigned.

Ai said he still believes Hong Kong artists can rise to the challenge and find a way to create amid the uncertainty and obstacles:

He elaborated on the relationship between ‘expression’ and ‘struggle':

Freedom of expression is the first and foremost condition for art being art, but freedom of expression itself is about looking for an outlet in the midst of struggles. Art would not be art if it cannot be done in the face of tyranny… Those that cannot be done will die out. We can clearly see that the artworks which fight for freedom are precious efforts of the human spirit.

When the mass anti-extradition bill demonstrations broke out in mid-2019, Ai had hailed the protests as ‘beautiful’ and the many young protesters as ‘clever and brave’. He later documented the city-wide pro-democracy protests in his film Cockroach, in reference to the derogatory nickname police used for the black-clad protesters.

Aftermath in Hong Kong: the irrationality of authoritarianism

In response to the protests, in June 2020 Beijing imposed a sweeping national security law which authorities insist was necessary to restore stability. The law has since been used to arrest and charge scores of pro-democracy politicians and activists, many dozens of whom have been denied bail pending trial.

Ai saw Beijing's reaction as the ‘irrational’ nature of authoritarianism:

If Hong Kong’s 2019 protests attest to people’s awakening, the aftermath manifests authoritarianism’s extreme irrationality, and rejection of any negotiation or discussion

He nonetheless still believes that those who demanded democracy in the face of what he calls tyranny have already won:

They have pushed this historical progression and political demands to a very high position. Hong Kong citizens and their movement have won, but authoritarianism is unscrupulous, whose response has proven that Hong Kong made them feel afraid.

When asked how Hongkongers can keep fighting for democracy in a climate of fear, Ai described the cause as an ‘eternal struggle':

It is exactly because of the existence of the Chinese government, or any authoritarian regime that individual or collective fight becomes a meaningful act. These are inseparable. While fighting for democracy and freedom, there is no one who wins outright. It is an eternal struggle, democracy against authoritarianism, and individuals against power.

More than 10,250 people have been arrested since the protests broke out in June 2019. The artist and activist had a message of hope for those behind bars:

I want to say to those who are falsely and unjustly charged that they are standing on the right side of history. The authoritarian regime will not be able to erase their glory. Every bit of their efforts has defended the principles of justice and fairness, not only for themselves, but also for the weak and the forgotten, whom they do not know in person. I am very proud of them.

The ‘eternal struggle’ between democracy and authoritarianism continues to inform the artist’s life and work in exile. Ai, who fled China to Germany in 2015, four years after being secretly detained for 81 days without charge and having his passport confiscated by Chinese authorities, is still subject to Beijing’s influence.

Last week, he revealed the Swiss bank Credit Suisse had decided to close his foundation’s accounts because of his ‘criminal record’ in China. Earlier this year, the bank’s chief financial officer said it would increase its onshore presence in mainland China.

Commenting on the sudden closing of his accounts, Ai recounted his time in Chinese detention when they created a number of false accusations including tax evasions and ‘inciting subversion of state power’. He said ‘they also told me clearly that they were going to ruin my reputation’.

While Ai was not surprised by the Chinese Communist Party's false accusations, he was astonished by the bank's decision:

What surprised me was that a supposedly neutral bank in Switzerland closed my account which I have had for a very long time, under the pretext of this false accusation. […] they did not give us an opportunity to explain although we argued that I was never legally arrested or prosecuted in China. Even my arrest was illegal. It was a secret detention.

During his detention in China, Ai began working on a memoir of his life and his father, the revered poet Ai Qing, during the Cultural Revolution. The book, 1,000 Years of Joy and Sorrows, is set to be published in November 2021.

For Ai, the party’s oppression caused him to become the artist he is today:

The policemen who interrogated me in China also asked me right before the end of my 81-days of detention… ‘Ai Weiwei, without us, would you become so famous today?’ My answer to them was that a fighter is considered a fighter only when they face a disaster or a monster. As a matter of fact, it’s this country’s politics that created me. Without them, it is very likely that I would be a good for nothing.