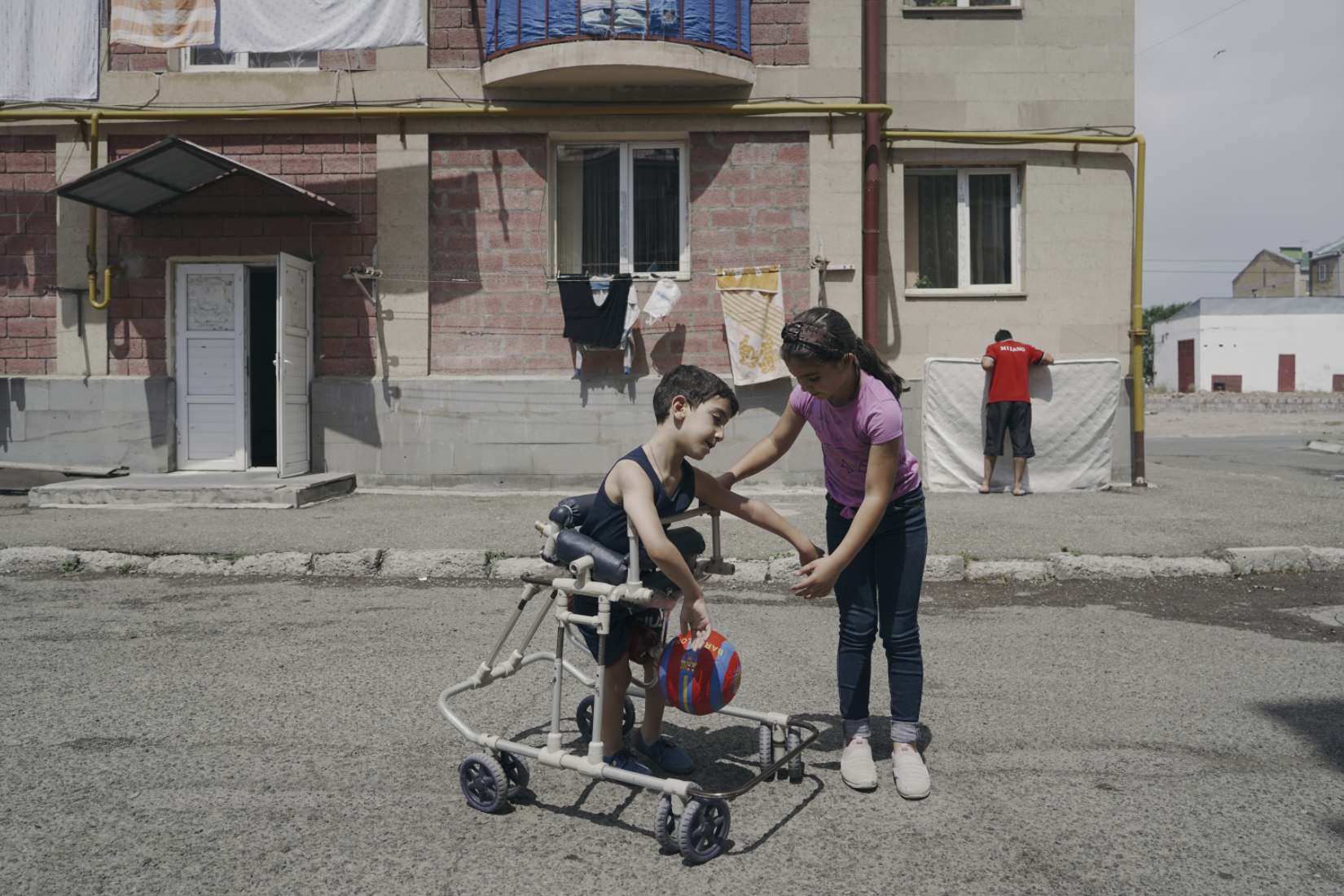 This article by Narek Kirakosyan was first published on Chaikhana Media. An edited version has been republished here under a content partnership agreement.

Artyom Avetisyan, a father of two from Gyumri, Armenia, lost his job when the pandemic struck. Over the past 19 months, his family of four has skirted homelessness and struggled to pay for the medication and treatment his seven-year-old son, Felix, depends on.

While Avetisyan earned below Armenian’s median wage of 400 US dollars a month before Covid struck, the sudden loss of employment has affected his children’s lives on every level. Today, Avetisyan and his wife, Anna Davtyan, worry they will lose their apartment because they can no longer afford the 35,000-dram (75 US dollars) monthly rent.

The family has also struggled to pay for Felix’s medical therapy and treatments. Felix, a third-grader, has cerebral palsy. Before the pandemic, the family was able to pay for his treatments (a total of 152,000 drams a month, about 307 US dollars), in part due to the generosity of local charities and philanthropists.